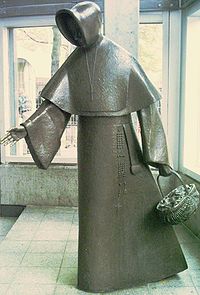 The Sisters of Providence are an order of Roman Catholic sisters founded in 1843 by Mother Émilie Gamelin. They are headquartered in Montreal, Quebec with five provinces: Mother Joseph Province, Holy Angels Province , Philippines Vice-Province, Émilie-Gamelin Province and Bernard Morin Province.

The Sisters of Providence have missions in nations all over the world including El Salvador, the Philippines, Haiti, Egypt, Cameroon, Chile, Argentina and the United States. The congregation is a member of the Women of Providence in Collaboration.

Providence Health System was established by the Sisters.