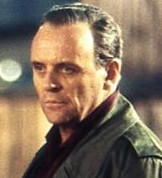 Hopkins was born in , , , the son of Muriel Anne (née Yeats) and Richard Arthur Hopkins, a .

Hopkins was influenced and encouraged to become an actor by compatriot , whom he met briefly at the age of 15. To that end, he enrolled at the in , from which he graduated in 1957. After a two-year spell in the Army for , he moved to London where he trained at .

In 1965, after several years in , he was spotted by Sir Laurence Olivier, who invited him to join the . Hopkins became Olivier's , and filled in when Olivier was struck with appendicitis during a production of 's "The Dance of Death". Olivier later noted in his memoir, "Confessions of an Actor", that, "A new young actor in the company of exceptional promise named Anthony Hopkins was understudying me and walked away with the part of Edgar like a cat with a mouse between its teeth".

Despite his success at the National, Hopkins tired of repeating the same roles nightly and yearned to be in movies. In 1968, he got his break in "The Lion in Winter" playing , along with , , and future star , who played .

Although Hopkins continued in theatre (most notably in the Broadway production of 's "Equus", directed by ) he gradually moved away from it to become more established as a television and film actor. He made his small-screen debut in a 1967 broadcast of "". He has since gone on to enjoy a long career, winning many plaudits and awards for his performances. Hopkins was made a Commander of the British Empire (CBE) in 1987, and a in 1993 [ [http://www.gazettes-online.co.uk/ViewPDF.aspx?pdf=53284&geotype=London&gpn=7209&type=ArchivedIssuePage&all=Sir%20Hopkins%201993&exact=&atleast=&similar= Official announcement knighthood] . . 23 April 1993.] In 1996, Hopkins was awarded an honorary fellowship from the .

Hopkins has stated that his role as , whom he portrayed in his 2005 film "", was his favourite. He also asserted that Munro was the easiest role that he had ever played because both men have a similar outlook on life. [cite web | url=http://www.solarnavigator.net/films_movies_actors/the_worlds_fastest_indian.htm| publisher=Solarnavigator.net | title="The World's Fastest Indian| accessdate=2007-05-21]

In 2006, Hopkins was the recipient of the for lifetime achievement.In 2008, he received the Bafta Fellowship Award.

Hopkins is renowned for his firm preparation for roles. He has confessed in interviews that once he has committed to a project, he will go over his lines as many times as is needed (sometimes upwards of 200) until the lines sound natural to him, so that he can "do it without thinking". This leads to an almost casual style of delivery that belies the amount of groundwork done beforehand. While it can allow for some careful improvisation, it has also brought him into conflict with the occasional director who departs from the script, or demands what the actor views as an excessive number of takes. Hopkins has also stated that after he is finished with a scene, he simply discards the lines, not remembering them later on. This is unlike other actors who usually remember their lines from a film even years later. [ "Anthony Hopkins: Lecter and Me" — "Red Dragon" DVD interview]

, who has directed Hopkins on five occasions, found himself going to great lengths during the filming of "Shadowlands" (1993) to accommodate the differing approaches of his two stars (Hopkins and ), who shared many scenes. Whereas Hopkins liked to keep rehearsals to a minimum, preferring the spontaneity of a fresh take, Winger rehearsed continuously. To allow for this, Attenborough stood in for Hopkins during Winger's rehearsals, only bringing him in for the last one before a take. The director praised Hopkins for "this extraordinary ability to make you believe when you hear him that it is the very first time he has ever said that line. It's an incredible gift."

In addition, Hopkins is a gifted mimic, adept at turning his native Welsh accent into whatever is required by a character. He duplicated the voice of his late mentor, , for additional scenes in "Spartacus" in its 1991 restoration. His interview on the 1998 relaunch edition of the British TV chat show "Parkinson" featured an of Welsh comedian .

Hopkins' most famous role is the cannibalistic in "The Silence of the Lambs" for which he won the in 1992. He was opposite to as , who also won for Best Actress. In addition, the film won Best Picture, Best Director and Best Adapted Screenplay. It is the shortest lead performance to win an Oscar, as Hopkins only appears for approximately sixteen minutes. Hopkins went on to reprise his role as Lecter two times ("Hannibal" in 2001, "Red Dragon" in 2002). His original portrayal of the character in "The Silence of the Lambs" has been labelled by the as the number-one film villain. [cite web | url=http://www.afi.com/tvevents/100years/handv.aspx| publisher=AFI.com | title=AFI's 100 Years...100 Heroes & Villains| accessdate=2007-05-21] At the time he was offered the role, Hopkins was making a return to the London stage, performing in "". He had come back to Britain after living for a number of years in Hollywood, having all but given up on a career there, saying, "Well that part of my life's over; it's a chapter closed. I suppose I'll just have to settle for being a respectable actor poncing around the West End and doing respectable BBC work for the rest of my life."

The character first appeared in the film "Manhunter", which was loosely based on "Red Dragon". Lecter (spelled "Lecktor" in the film) was played by Scottish actor . Since "Red Dragon" was considered a remake of "Manhunter", it allowed Hopkins to play the ic villain in adaptations of all three of the best-selling Lecter novels by . The author was reportedly very pleased with Hopkins' portrayal of his antagonist. However, Hopkins stated that "Red Dragon" would feature his final performance as the character, and that he would not reprise even a role in the latest addition to the series, "Hannibal Rising".

As of 2007, Hopkins resides in the United States. He had moved to the country once before during the 1970s to pursue his film career, but returned to Britain in the late 1980s. However, he decided to return to the U.S. following his 1990s success. He became a naturalized citizen on 12 April 2000, and celebrated with a 3,000-mile road trip across the country.

Hopkins has been married three times. His first two wives were Petronella Barker (1967–1972) and Jennifer Lynton (1973–2002). He is now married to n-born Stella Arroyave. He has a daughter from his first marriage, (born 1967), an actress and singer.

He has offered his support to various charities and appeals, notably becoming President of the National Trust's Appeal, raising funds for the preservation of the and to aid the Trust's efforts to purchase parts of . A book celebrating these efforts, "Anthony Hopkins' Snowdonia," was published together with Graham Nobles. Hopkins, who can speak some Welsh, also takes time to support various philanthropic groups. He was a Guest of Honour at a Gala Fundraiser for Women in Recovery, Inc., a -based offering rehabilitation assistance to women in recovery from . He is also a volunteer teacher at the Ruskin School of Acting in , where he resides.

Hopkins is an acknowledged alcoholic [ [http://film.guardian.co.uk/Feature_Story/Guardian/0,,24075,00.html Guardian Unlimited: A dark and stormy knight] ] who has been sober since 1975. Hopkins is known to be a joker while on set, lightening the mood during production by barking like a dog before filming a scene, according to a "Tonight Show" interview broadcast on 9 April 2007.

Hopkins is a prominent member of environmental protection group and as of early 2008 featured in a television advertisement campaign, voicing concerns about Japan's continuing annual whale slaughter. [ [http://www.greenpeace.org/australia/resources/videos/whales/sir-anthony-hopkins-speaks-out Green Peace anti-whaling video] ] Hopkins has been a patron of (Rehabilitation for Addicted Prisoners Trust) since its early days and helped open their first intensive drug and alcohol rehabilitation unit at in 1992.

He is an admirer of the comedian . On 23 February 2008, as patron of The Tommy Cooper Society, the actor unveiled a commemorative statue in the entertainer's home town of . For the ceremony, Hopkins donned Cooper's trademark fez and performed a comic routine. [ [http://news.bbc.co.uk/1/hi/uk/7260219.stm BBC News: Tommy Cooper statue is unveiled] ] He is a lacto-vegetarians.

Hopkins is a talented . In 1986, he released a single called "Distant Star". It peaked at #75 in the UK charts. In 2007, he announced he would retire temporarily from the screen to tour around the world. [cite web|author=Associated Press|date=3 December 2007|url=http://www.elnuevodia.com/diario/noticia/musica/flash/de_gira_como_pianista/324637|title=De gira como pianista|accessdate=]

In 1996, Hopkins directed his first film, "August", an adaptation of Chekhov's "". His first screenplay, an experimental drama called "Slipstream", which he also directed and scored, premiered at the in 2007.

Hopkins is a fan of the "", and once remarked in an interview how he'd love to appear in the series. Writer John Sullivan saw the interview, and with Hopkins in mind created the character Danny Driscoll, a local villain. However, filming of the new series coincided with the filming of "The Silence of the Lambs", making Hopkins unavailable. The role instead went to his friend . [cite book | author=Clark, Steve | title=The Only Fools and Horses Story| publisher=BBC Books| year=1998| id=ISBN 0-563-38445-X | pages=p. 125]

Hopkins won the BAFTA Award for Best Actor in 1973 for his performance as in the 's production of "War and Peace", and additionally for "The Silence of the Lambs" and "Shadowlands". He received nominations in the same category for "Magic" and "The Remains of the Day" and as Best Supporting Actor for "The Lion in Winter".

He won s for his roles in "The Lindbergh Kidnapping Case" and "The Bunker", and was Emmy-nominated for "The Hunchback of Notre Dame" and "Great Expectations". [cite web | url=http://www.imdb.com/name/nm0000164/awards| publisher=IMDb | title=Anthony Hopkins: Awards| accessdate=2007-05-21] He won the directing and the acting award, both for "Slipstream", at 's .