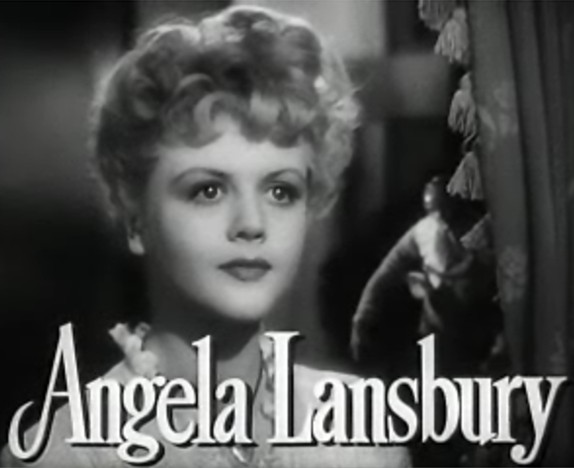 More recently she is known for her starring role as on the American "", but her career began in the 1940s. Among her notable film roles are Mrs. Iselin in "The Manchurian Candidate", for which she received an Academy Award nomination, and she was successful in such Broadway musicals as "", "", and "Sweeney Todd".

Born in , , [ [http://www.towerhamlets.gov.uk/data/discover/data/Poplar/index.cfm Discover Tower Hamlets - Area guides - Poplar ] ] Lansbury was the daughter of -born actress and Edgar Lansbury, a prominent businessman, and the granddaughter of the former Labour Party leader . She is a cousin of the English animator and puppeteer (another grandchild of George Lansbury). Her cousin, the academic Coral Lansbury, is the mother of the Australian federal Opposition Leader, . Her earliest theatrical influences were the teenaged , screen star , and Lansbury's mother, who encouraged her daughter's ambition by taking her to plays at the and removing her from South Hampstead High School for Girls in order to enrol her in the Ritman School of Dancing and later the Webber-Douglas School of Singing and Dramatic Art (later the ).

After her father's death of , her mother became involved with a Scotsman named Leckie Forbes, and the two merged their families under one roof in . A former with the in , Forbes proved to be a jealous and suspicious tyrant who ruled the household with an iron hand. Just prior to the German bombing campaign of , Lansbury's mother was presented with the opportunity to take her children to , and under cover of dark of night they fled from their unhappy home and sailed for , from there they headed to . When her mother settled in following a fund-raising Canadian tour of a play, Lansbury (and later her brothers) joined her there.

Lansbury worked at the department store in . At one of the frequent parties her mother hosted for British émigré performers in their home, she met would-be actor Michael Dyne, who arranged for her to meet Mel Ballerino, the casting director for the upcoming film adaptation of 's novel "". Ballerino was casting "Gaslight" with and , as well, and he offered her the role of the impertinent and slightly malevolent Nancy. She was nominated for an for her 1944 film debut, and the following year garnered another nomination for her portrayal of Sibyl Vane in "The Picture of Dorian Gray".

On Broadway, Lansbury received good reviews from her first musical outing, the short-lived 1964 musical "", which co-starred . Two years later, she was offered what proved to be the biggest triumph of her theatrical career, the title role in "", 's musical adaptation of the novel and subsequent film "", which had starred . Opening at the on , , "Mame" ran for 1508 performances. Lansbury's portrayal, opposite as Vera Charles, earned her the Tony Award for Best Leading Actress in a Musical. She and Arthur became life-long friends. In addition, Lansbury's version of one of the play's songs, "We Need A Little Christmas", became the definitive version and has received substantial radio air-play around Christmas time every year since its release.

Lansbury won additional Tony Awards for "" (1969), the first Broadway revival of "" (1974), and her English music hall turn as affection-starved meat pie entrepreneur in 's ballad opera "Sweeney Todd" (1979). In a television interview with on aired in August 2006, Lansbury stated that, theatrically, she feels she would "most like to be remembered for this role."

In 1971, Lansbury accepted the title role in the – musical "". After a difficult period, the show opened to brutal reviews in Boston, where it closed within a week. In 1982 a recording of the show was released by which included most of the original cast and Lansbury's 11 o'clock number "When I'm Drunk, I'm Beautiful" along with "You Never Looked Better", a song that was cut early in the run.

Lansbury returned to the Broadway stage for the first time in more than 25 years in "Deuce", a play by , co-starring with . The play previewed at the on , , and opened on , in a limited run of 18 weeks. Lansbury received a Tony nomination in the category of Leading Actress in a Play for her role in this production, but did not win the Tony that year.

Lansbury has enjoyed a long and varied career, mainly as a film actress in roles generally older than her actual age, appearing in everything from "Samson and Delilah" (1949) to Disney's "" (1971). Her notable credits include "The Manchurian Candidate" (1962) in which she played Mrs. Iselin, the cold-blooded mother of a war veteran brainwashed into becoming a . She won much critical praise for her performance, and received her third Oscar nomination. ( had been considered for the role; a decade later, Ball coincidentally landed the title role in the film version of "Mame", the role Lansbury had created on Broadway.) On 's "", Lansbury said that her character in "The Manchurian Candidate" was her favorite of her many film roles. [ [http://www.irishfilm.ie/index_94.asp#al Interview with Angela Lansbury at Irish Film Institute 2006] ]

Lansbury's popularity from and association with "Mame" on Broadway in the '60s had her very much in demand everywhere in the media. Ever the , she used her fame as an opportunity to benefit others wherever possible. For example, when appearing as a guest panelist on the popular Sunday night show, "", she made an impassioned plea for viewers to contribute to the 1966 fundraising drive, chaired by .

After many years focused on the theatre, Lansbury returned to film, playing Salome Otterbourne in "Death on the Nile" (1978). She was somewhat less successful as 's in "" (1980).

Lansbury then turned to character voice work in animated films like "The Last Unicorn" (1982) and as the Dowager Empress in the animated film "Anastasia" in 1997. Her most famous voice work was the singing teapot in the Disney hit "Beauty and the Beast" (1991), who performed the Oscar-winning title song written by and . She reprised the role in "" (1997), and again in the Disney/ video game "" in 2006. In the same year, she appeared in "" as great aunt Adelaide.

While Lansbury has won every Tony for which she's been nominated, with the exception of her nomination for "Deuce" in 2007, she was less successful with the Oscars and Emmys. The Oscar has always eluded her, and Lansbury holds the record for the most primetime Emmy nominations (twelve) as Best Actress without a single win. Yet, she is the recipient of several other prominent awards, including the People's Choice and Golden Globe.

Lansbury found her biggest success and a worldwide following as in the long-running television series, "" (1984 - 1996), which was one of the longest running detective drama series in US TV history and made her one of the highest paid actresses in the world. Lansbury also assumed ownership of the series in 1991 and acted as executive producer of the series from that season onwards.

In 1983 Lansbury starred opposite Sir in a adaptation of the Broadway play "". According to "The Complete Films of Laurence Olivier" (Author Jerry Vermilye, Publisher Citadel), Lansbury later stated that the production was "a rushed job", and her only reason for participating was the opportunity to work/team up with Sir Laurence Olivier.

In the early 1990s, Queen Elizabeth II of the United Kingdom appointed her a Commander of the . She was named a Disney Legend in 1995. She received a Lifetime Achievement Award in 1997, in 2000, and has a star on the .

In 1945, Lansbury married American actor Richard Cromwell when he was 35 and she was 19. Unbeknownst to her, Cromwell was , and the marriage dissolved after a year, but the two remained friends.

In 1949, Lansbury married British-born actor and businessman Peter Shaw, who had been a former boyfriend of . Shaw was instrumental in guiding and managing Lansbury's career. Until his death in 2003, they enjoyed one of the longest show-business marriages on record.

Lansbury is the mother of two, stepmother of one, and a grandmother several times over. In an interview with , Lansbury revealed a firestorm that destroyed the family's Malibu home in September 1970 was a blessing in disguise, as it prompted a move to a rural area of in , where her children were separated from the hard drugs with which they had been experimenting. Her son , after a brief fling with acting, became producer/director of "" and presently is a television executive and director. Her only daughter Deirdre and son-in-law, a chef, are in .

Lansbury was related to the late Sir by her half-sister Isolde's marriage to the British actor (they divorced in 1946). The two former in-laws appeared together professionally just once, in 1978's "Death on the Nile." Lansbury is related by marriage to actress , wife of her nephew David Lansbury. Both her brothers, twins Edgar and Bruce, are successful theater producers (Edgar Lansbury was instrumental in bringing "" to Broadway, and Bruce Lansbury was also a television producer, notably for shows like "").

Lansbury is a long-time resident of Brentwood, California, and supports various groups in .

In 2006, Lansbury purchased a condominium in at a reported cost of $2 million. The following year she returned to Broadway once more in "Deuce".

On , , Lansbury received the degree "honoris causa" from the . She was also the guest speaker at the commencement ceremony.

Dubbed the voice of Suzy Parker in the "The Best of Everything" (1959) although she was given no credit.Fact|date=March 2008

National Board of Review

"Balancing Act, the Authorized Biography of Angela Lansbury" by , published by , 1999