Sitting
"Sit" redirects here. For uses of the acronym, see SIT. For the Russian river, see Sit River.
This article is about sitting in its general sense. For information about Zen sitting meditation, see Zazen. 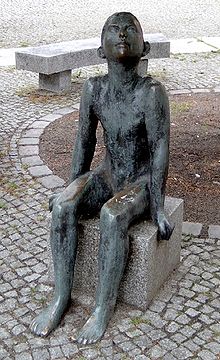 Sitting is a rest position supported by the buttocks or thighs where the torso is more or less upright.

Sitting on the floor 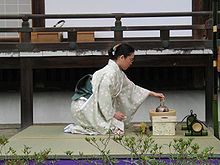 The Japanese tea ceremony is performed sitting in seiza.

The most common way of sitting on the floor involves bending the knees. One can also sit with the legs unbent, using something solid as support for the back or leaning on one's arms.

Sitting with bent legs can be done along two major lines; one with the legs mostly parallel and one where they cross each other. The parallel position is reminiscent of, and is sometimes used for, kneeling. The latter is a common pose for meditating.

"Turkish style" redirects here. For the musical style that was occasionally used by the European composers of the Classical music era, see Turkish music (style).

Sitting on a raised seat 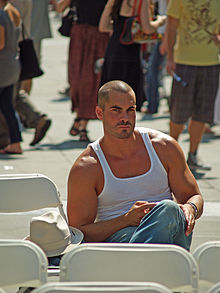 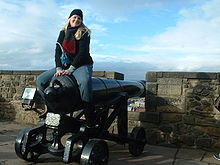 Woman sitting astride a cannon. 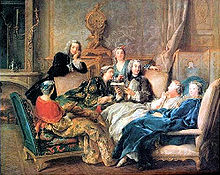 Most raised surfaces at the appropriate height can be used as seats for humans, whether they are made for the purpose, such as chairs, stools and benches, or not. While the buttocks are nearly always rested on the raised surface, there are many differences in how one can hold one's legs and back.

There are two major styles of sitting on a raised surface. The first has one or two of the legs in front of the sitting person; in the second, sitting astride something, the legs incline outwards on either side of the body.

The feet can rest on the floor, or on a footrest, which can keep them vertical, horizontal, or at an angle in between. They can also dangle if the seat is sufficiently high. Legs can be kept right to the front of the body, spread apart, or one crossed over the other.

The upper body can be held upright, recline to either side or backwards, or one can lean forward. 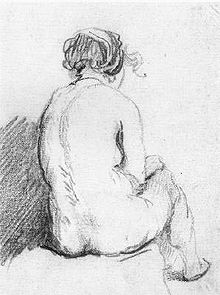 Back of a sitting nude by School of Rembrandt.

Alice, the protagonist of Alice's Adventures in Wonderland, is representative of children who were once admonished to "sit up straight." [2]

Recent studies indicate, however, that sitting upright for hours causes increased stress on the back, and may be a cause of chronic back pain. Researchers have found that a "135-degree back-thigh sitting posture" was the best posture to avoid back problems—that is, leaning back in the chair 45 degrees. Researchers found that the 90-degree position contributed most to strain on the spine, neck included, while the 135-degree position was the most relaxed.[3]

Optimal posture while sitting is now referred to as neutral spine.[4]

Variations of the above include an aside variant with the legs resting above and beside the armrests, or the anti-authoritarian posture of reversing the chair and one's legs in front of the back of the chair.

The Kneeling chair (often just referred to as "ergonomic chairs"), was designed to encourage better posture than the conventional chair. To sit in a kneeling chair one rests one's buttocks on the upper sloping pad and rests the front of the lower legs atop the lower pad, i.e., the human position as both sitting and kneeling at the same time.

In various mythologies and folk magic, sitting is a magical act that connects the person who sits, with other persons, states or places where he/she sat.[5]

The sitting defecation posture involves sitting with hips and knees at approximately right angles, as on a chair. Most Western-style flush toilets are designed to be used with a sitting posture.[6] The sitting posture is more widespread in the Western world, and less common in the developing world. Toilet seats are a recent development, only coming into widespread use in the nineteenth century.[7]

Recreational sitting, as reflected by television/screen viewing time, is related to raised mortality and CVD risk regardless of physical activity participation. Inflammatory and metabolic risk factors partly explain this relationship.[8]