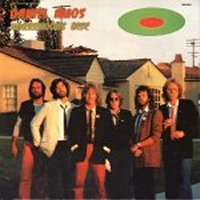 DA had almost completely abandoned the country sound of their first record by late 1977 and early 1978, when this album was recorded with legendary rock and roll producer Mike Stone (Journey, Queen, Asia, Kiss, and others).

The album was dropped by after the label decided to quit releasing rock and roll albums and focus on children's releases and the new praise style of gospel music. So the band, now without a record contract, began to shop the project around to various labels like Curb/. Word bought the tapes from Maranatha! and 's , home to such artists as , Tom Howard, , and others, leased the recordings from Word. Norman had the album mixed and took photos of the band for the album's cover. In July 1979, Norman released a test pressing with a different track listing and slightly different mix. This pressing was distributed to reviewers and extra copies were taken on tour.

Aside from live performances, music from the album, the test pressing, was first heard by the public on the on January 20, 1980. Several tracks were played and the band was interviewed about what they had hoped would be their soon-to-be-released album. For reasons that remain a mystery, the album was shelved by Solid Rock until its long overdue release in April 1981, nearly three years after it had been recorded and just weeks before the band's follow up on , "¡Alarma!", hit record stores.

This album frequently appeared at the top of Christian Music magazine readers polls of the "album that people most wanted to see released on CD," until its eventual reissue on CD in 2000. It was listed at #63 in the book "" (Harvest House Publishers, 2001).

The CD re-release stirred controversy among Daniel Amos fans by the inclusion of two bonus tracks: Tribute recordings that Larry recorded for the "" CD that he decided to include at the end of the "Horrendous Disc" CD. The covers sung by Norman were of his favorite Daniel Amos song – "Hound of Heaven." One recording was a straight-ahead tribute version of the song and the second tribute recording was a version using a very laid–back jazz band. The decision to include these cover tracks on the CD, along with some long, wandering liner notes, bewildered DA fans.

Daniel Amos had approached Larry about putting together a "Deluxe Edition" of "Horrendous Disc" in 2006 with the original Horrendous Disc on the first disc and many bonus tracks on the second disc. That deal fell apart suddenly when Larry first agreed verbally to the deal, and then announced plans for his own CDR reissue with a computer printed cover. DA fans were very disappointed with the cheap and apathetic approach to what they consider a legendary album. That arrangement was nearly resurrected and put in writing once more shortly before Norman's death in March of 2008. Now that Norman is gone, it is unclear what the future of any kind of joint release between Stunt and Solid Rock might be. Stunt hopes at the very least to revisit HD with a collection of rarities and outtakes.

The Canadian re-issue omits "Never Leave You". However, Word Canada still had labels, sleeves, and jackets from the first pressing so, not wanting to be wasteful, the disc was mastered to appear to have five tracks on side two by visually splitting "Horrendous Disc"

DA's membership had grown to six members, when this album was recorded.