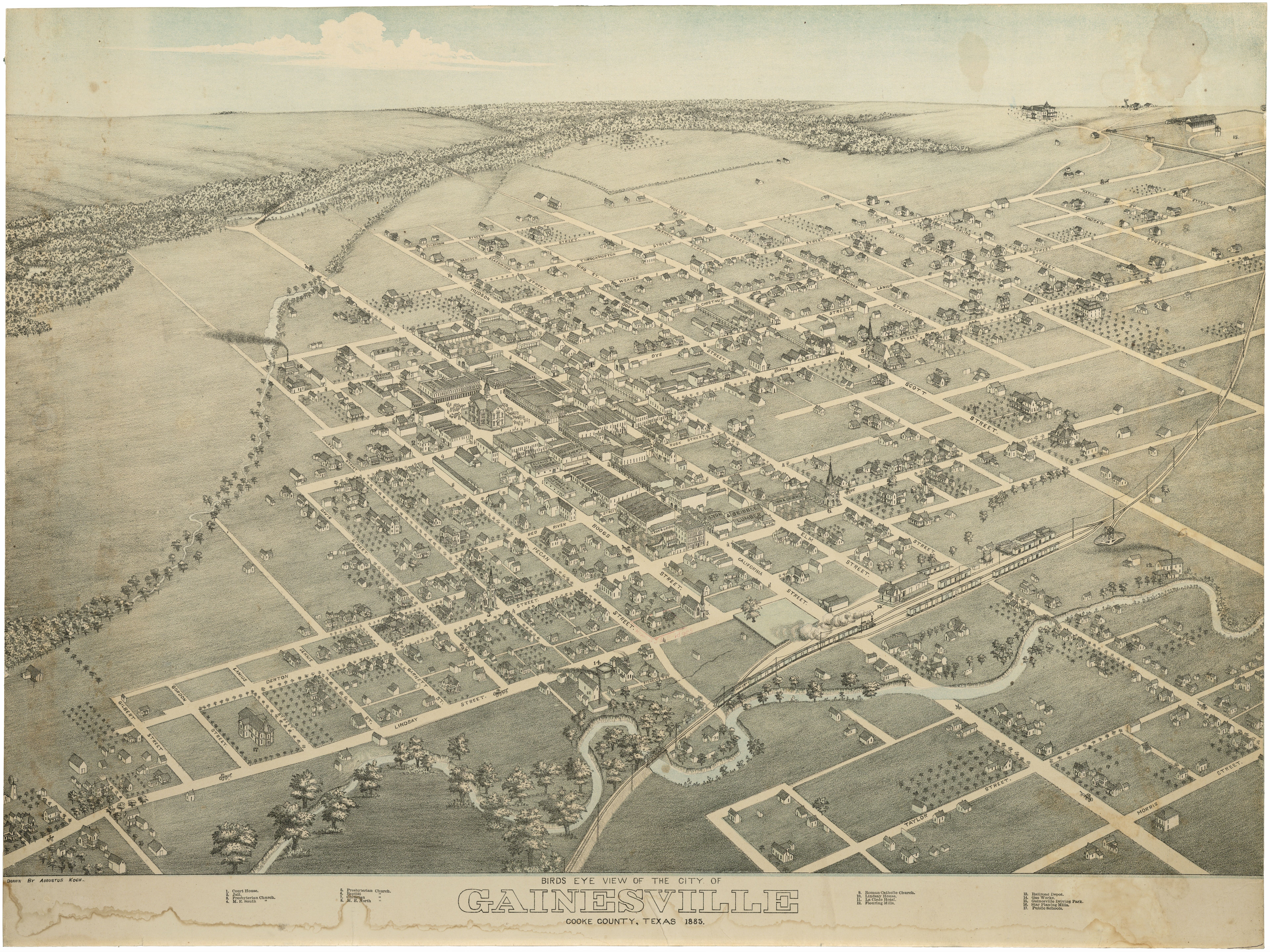 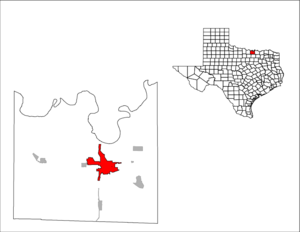 There were 5,969 households out of which 33.2% had children under the age of 18 living with them, 49.2% were married couples living together, 13.9% had a female householder with no husband present, and 32.9% were non-families. 29.3% of all households were made up of individuals and 14.7% had someone living alone who was 65 years of age or older. The average household size was 2.52 and the average family size was 3.13.

The City of Gainesville is served by the . Gainesville High School boasts a 15.3 student to teacher ratioFact|date=February 2007. Enrollment figures for the 2005–2006 school year stand at 800 students attending the high school. On the state administered reading proficiency tests, GISD grades 10 and 11 scored substantially lower than the state averageFact|date=February 2007.

The main campus for is located on the west side of Gainesville.

Gainesville is home to a with an al rotunda topped by stained glass, erected in 1910. "The 1912 Cooke County Courthouse was designed by the Dallas firm of Lang & Witchell. The courthouse was designed in the Beaux Arts style with some Prairie Style features and influences from famed Chicago architect Louis Sullivan. The courthouse in the center of Gainesville features black and white marbled interiors and a tall central atrium capped by a stained glass skylight under the tower." [cite web
title = Historic Courthouses in Texas
publisher =
url = http://www.thc.state.tx.us/courthouses/chlistpages/cooke.html
accessdate = 2007-07-23 ]

"God holds the scales of justice;""He will measure praise and blame;""And the South will stand the verdict,""And will stand it without shame.""Oh, home of tears, but let her bear""This blazoned to the end of time;""No nation rose so white and fair,""None fell so free of crime."

Other memorials on the courthouse grounds honor veterans of other U.S. wars.

The presence of these monuments praising the Confederacy is ironic, given that Gainesville was the site of a notorious massacre of Texans by Confederate forces. The Confederacy had promised that Texans would not be drafted to fight the United States outside Texas. When it broke this promise Confederate officials feared that Cooke County, known to be loyal to the United States, would be the site of protests and would possibly secede back to America as several counties in Tennessee already hadFact|date=February 2007.

Gainesville was once home to Camp Howze, one of the largest infantry replacement training centers during .

Gainesville is also home to a large (The Gainesville Factory Shops) attracting visitors from north Texas as well as southern . This mall continues to remain open although many shops are closed. Gainesville also boasts state championships in High School Football (3A-I 2003) and High School Basketball (3A 2002).

On one of 's biggest commercial television station there is a weekly about the Reimann family, which emigrated to Gainesville, Texas, in 2004. They opened a bed and breakfast business at in 2007.

On June 18, 2007, thunderstorms moved through Gainesville, resulting in intense flooding. Over 7 inches fell in Gainesville and nearby Sherman. On June 20 around 5:00 A.M., straight lines winds hit and Wichita Falls had winds up to 94 mph.

* gold medal sprinter was immortalized in the film .