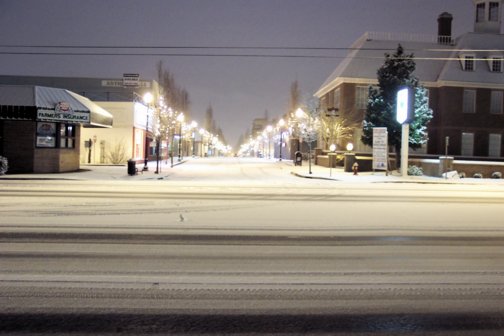 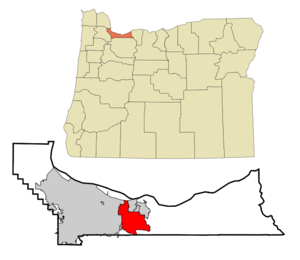 Gresham (pronEng|ˈɡrɛʃəm) is a city located in Multnomah County, , immediately east of Portland. It was named for the general, and Postmaster General, . The population was 90,205 at the 2000 census; in 2006, the Population Research Center estimated the city's population at 97,745.

The city of Gresham could not establish itself as a city unless given a post office and postal code. A local storeowner offered to use his store as a post office and offered to name the city after Postmaster General if a post office was granted. Until that time, the city had simply been known as Campground because this forested site was where pioneers often stopped to spend the night and compose themselves before moving on to Portland. Although a post office was established in May, 1884, Gresham was not incorporated as a city until 1905. Lewis Shattuck, son of a pioneer family, was the first .

The city council consists of the mayor and six councilors, all of whom serve four-year terms. Elections are held in November of even-numbered years. In elections in years divisible by four, (2000, 2004, 2008, etc.), three councilors are elected. In elections in years not divisible by four, (1998, 2002, 2006, etc.), the other three councilors and the mayor are elected.

Gresham is served by three school districts: Centennial, Gresham-Barlow, and Reynolds. is also located in Gresham.

Gresham is accessed from Interstate 84 and U.S. Route 26.

Gresham has sister cities in other countries. They are: