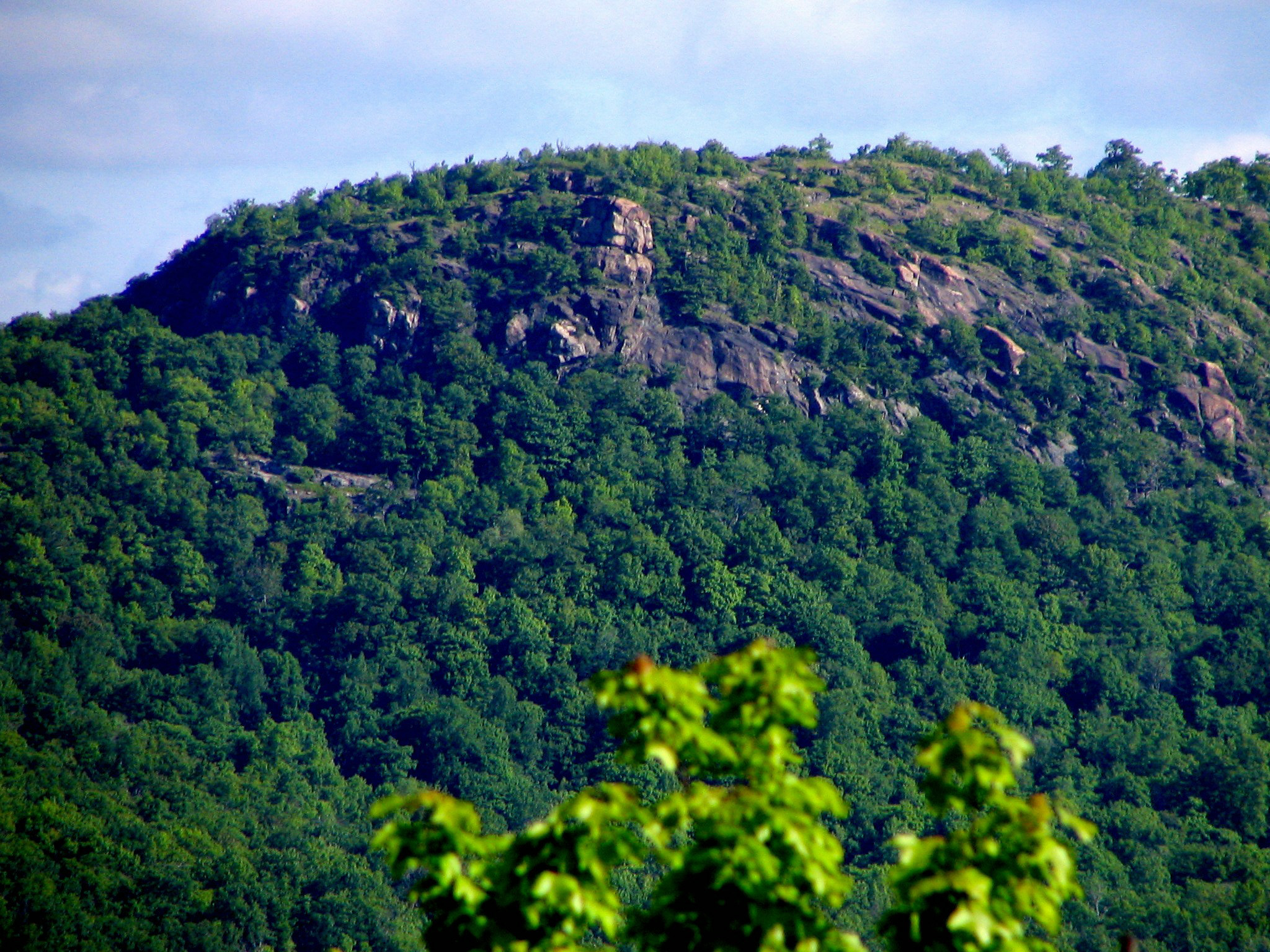 Sloatsburg is a village in the Town of Ramapo Rockland County, , located east of and sits at the southern entrance to . The population was 3,117 at the 2000 census. The village is named after Stephen Sloat, an early landowner.

Sloatsburg, originally Pothat, was named after the Sloat family, who settled in area about 1760. Jacob Sloat, a mechanical genius, opened a mill in 1815 for making cotton cloth. He successfully turned to making exclusively cotton twine after patenting a process for dressing it in 1840. At peak, he produced around 8,000 lbs. per week. The mill ceased operations in 1878. The original Sloat stone house was a tavern, a regular stop on the New York to Albany stage route, and during the , it was headquarters for American troops stationed in the Ramapo Pass. The house is a private residence, listed on the National Register of Historic Places.

The land that would become the village of Sloatsburg was part of the hunting grounds of the Minsi tribe of the Indians. The area was also the site of a major Indian path through the . The path would subsequently become the New York to Albany road and, in 1800, the Orange Turnpike; it remains an important thoroughfare today-- the , and the railroad line run along its route.

Wynant Van Gelder purchased the area from the Minsi in 1738, and in 1747, gave it to his father-in-law, Isaac Van Deusen. Stephen Sloat married Marritje Van Deusen and was given the land in 1763. There he established Sloat's Tavern, which became a regular stop on the New York to Albany stage route.

During the the stage route became an important military route and the Ramapo pass an important strategic point, occupied by American troops throughout the war. travelled through the area several times and stayed in Sloat's Tavern at least once, on June 6, 1779.

After the war, the Sloats added a tannery and a cotton mill, which continued in operation by the family until the , when it closed due to a lack of cotton. In the early 1800s, Abram Dater built a forge on the , and a grist mill and a saw mill soon followed.

Between 1836 and 1841, the built a line through Sloatsburg, resulting in a major increase in the population and prosperity of the village.

Born in 1781, Commodore , who claimed California for the United States in 1846, was a direct descendant of the founding family.

After the Civil War the village prospered until the great flood of 1903 destroyed most of the factories in the town, many of which were never rebuilt.

Due to its position astride the Orange Turnpike, the rise of the automobile early in the twentieth century had a profound impact on the area-- prior to the construction of the New York State Thruway and the in the 1950s, Sloatsburg was cut in half by automobile traffic, which could back up for miles in the forties and fifties. Over the Fourth of July weekend in 1952, the backup extended for eight miles.

During , Sloatsburg's rural setting and proximity to made it an attractive location for stills and bootlegging; the gangsters running the operations also occasionally used the local woods to dispose of bodies of those killed in the course of business.

In 1929, with a population of 1,559, Sloatsburg was incorporated as a village, with David Henion elected as the first mayor.

The western part of the village borders Orange County.

There were 1,046 households out of which 38.5% had children under the age of 18 living with them, 63.6% were married couples living together, 10.4% had a female householder with no husband present, and 21.0% were non-families. 15.9% of all households were made up of individuals and 5.7% had someone living alone who was 65 years of age or older. The average household size was 2.91 and the average family size was 3.27.

Sloatsburg station serves train service on the to Hoboken - where connecting train service is available to and , and Secaucus - the connecting point to and points in . Going the other way, the line goes to Port Jervis as well. Sloatsburg is also the western terminus for 's bus line number 93.

*Garry Bakker - A right-handed pitcher, he was selected in the 2007 by the and assigned to their Triple-A affiliate, the , after pitching for four seasons in the organization.
*Bryan Hoch - Sportswriter covering the .

Landmarks and places of Interest

*Harmony Hall - original home of Jacob Sloat, built 1848. Peter Bush, a Sloat descendent and members of the Friends of Harmony Hall-Jacob Sloat House Committee have restored most of the home. Peter Bush has stated that 95 percent of the 1840s footprint of the house has survived. In 2007, six rooms were open to the public; only three were the year prior.
*The Glenwood Hotel, est. 1908, was owned and operated by Henry and Kathleen Tobin. For 50 years its elegant open-air dining rooms were a favorite dinner stop for many travelers en-route to upstate New York, Vermont, and Canada, prior to the opening of the New York State Thruway. Wealthy patrons from nearby Tuxedo Park were also regulars at the Glenwood. The upper floors operated as a boarding house for workers in the mills of Sloatsburg until 1950. In 1998, the building was preserved and restored to its original appearance.
*Sloatsburg Historical Society - Native American artifacts display.
*Sloatsburg Public Library, 1 Liberty Rock Road - Permanent exhibit of artifacts excavated from the Spring House Rock Shelter in Sloatsburg. Artifacts date back to thousands of years.