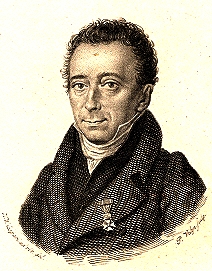 Samuel Iperusz, Knight Wiselius ( – ) was a successful Dutch lawyer and a prominent Patriot and democrat, involved in the dismantling of the ("Vereenigde Oostindische Compagnie"; VOC) and the negotiations over the Cape. Wiselius was a witty, Voltairian spirit with political views far ahead of his time who would end his days writing dramas on Classical themes. ... [Hooft, H. (1998) Patriot and Patrician: To Holland and Ceylon in the Steps of Henrik Hooft and Pieter Ondaatje, champions of the Dutch democracy, p. 187.] Wiselius corresponded with nearly all the main players at the time of the and it would be impossible to know that period completely without his carefully-kept and neatly written correspondence. He was also a poet, historian and superintendent of the police.

Samuel was born in , the only son of the oil merchant Iperus Wiselius, himself a Patriot and a captain in the civic guard, promoted to colonel in May 1787. He grew up on Nieuwezijds Kolk, probably the oldest spot in the city centre. Samuel studied law and classics on the . In 1786 he travelled to , and showed his essay on dismissing the local in 1650 to and , then progressive professors at the local University. [Limburg Brouwer, P. van (1846) Het leven van Mr S.I. Wiselius, p. 24-5.] Although the article went missing, the friendship remained, when the three took a prominent role in the country's future after the year 1795.

Samuel had to write a new thesis and obtained his doctorate from Leiden in 1790. He immediately became a lawyer at the Council of Holland, which also served as a court of law. In 1791 Wiselius was the founder of the brotherhood of "l'Infanterie des Cinq Sabres" ("Infantry of the Five Sabres") at Leiden, a flirtation with . [Kluit, M.E. (1953) Cornelis Felix van Maanen tot het herstel der onafhankelijkheid.] (Mozart had gained great success that year with his masonically-inspired opera ""). Wiselius moved with his family to Amsterdam in a house at , across the . He had full house in 1793 with three lectures for the society "Doctrina et Amicitia" in the . [Wit, C.H.E. de (1965) De strijd tussen aristocratie en democratie in Nederland 1780-1848, p. 83-93.] Wiselius proclaimed that the signalled a radical new beginning. No longer was it necessary to take heed of the heavy burden of the past, he argued, but the future could be based on development and progress. [ [http://books.google.com/books?id=_EsKX3r0Mv4C&pg=PA59&lpg=PA59&dq=%22samuel+wiselius%22&source=web&ots=eLrE3BXciX&sig=XLBuQ9SknkNFXY-MTcVPAT37PHk Dutch Culture in a European Perspective] by Willem Frijhoff, Marijke Spies, Published 2004Uitgeverij Van Gorcum ISBN 9023239644 accessed 2007]

When French troops had approached the rivers Rhine and Meuse in November 1794, the Patriots started to prepare for a revolution and to stockpile weapons. The hiding place was discovered, and Jacobus van Staphorst and had to leave the city to avoid being captured. The society in the Kalverstraat was closed down by the police and Wiselius, the president, had to announce the message to its members. In January 1795 Wiselius and were part of the revolutionary committee that occupied the townhall. Wiselius stood before the city government in the nearby townhall on the to state that the time had arrived for them to resign. [Dunk, H.W. von der (1995) Het gebouw van de Vaderlandsche Sociëteit. In: Maandblad Amstelodamum, Jrg 82, p. 65-75.] The next morning, the new leaders moved in without much ado and voted as their president. escaped by boat from the beach near the Hague to England; there were no casualties and it is known as a .

Together with , Wiselius advocated an entirely new order, with more powerful central leadership. He distanced himself clearly from the , which in his view was only "a weak, barely coherent, and in many senses useless treaty violated almost daily" ("een zwak, weinig samenhangend, veelszins nutteloos en schier dagelijks geschonden tractaat"). [Vles, E.J. (2004) Pieter Paulus (1753 - 1796) Patriot en Staatsman, p. 92.] The vast powers which the Provincial States (the highest authorities in the provinces) had wielded over the past two hundred years were to be reduced to those of mere clerical institutions . [Idem, p. 112.]

In 1796 he was appointed one of the twenty-eight members of the Committee on the East-Indies Trade and Possessions ("Committé tot den Oost-Indische [n] Handel en Bezittingen"), along with , with whom he quarrelled two years later. The committee had to come up with a way of dealing with the bankrupt VOC, a symbol of the 's power. The was nationalised, its so-called Outer Chambers in , , and closed down and its surplus employees dismissed. In 1798 the Unitarists Wiselius, Von Liebeherr, and were involved in the plans of a coup by . The French ambassador was willing to help if the Dutch came up with a substantial financial reward. [Hooft, H. (1998) Patriot and Patrician: To Holland and Ceylon in the Steps of Henrik Hooft and Pieter Ondaatje, champions of the Dutch democracy, p. 193.] In 1801, Wiselius wrote a pamphlet making a laughing-stock of Guillelmus Titsingh, a former -administrator. [ Habermehl, N.D.B. (1987) Guillelmus Titsingh, een invloedrijk Amsterdams koopman uit de tweede helft van de achttiende eeuw (1733-1805). In: Jrb 97 Amsteldodamum, p. 81-124.] As a result, Wiselius was not re-appointed as one of the nine members of the Council of Asian Possessions and Establishments ("Raad van Aziatische Bezittingen en Etablissementen"). A furious Wiselius accused his former colleagues of mismanagement. [Schutte, G.J. (1974) De Nederlandse Patriotten en de koloniën: Een onderzoek naar hun denkbeelden en optreden, 1770-1800 ("The Dutch Patriots and the colonies. An inquiry into the ideas and practices of the Dutch Enlightenment with regard to the colonies, 1770-1800. With a summary in English. pp. 121-2); Schama, S. (1987) Patriots and Liberators. Revolution in the Netherlands 1780 - 1830, p. 216; G.D. Homan, Nederland in de Napoleontische Tijd 1795-1815, p. 38.] Wiselius had more respect for Dirk van Hogendorp, a precursor of . In 1807 was sent to Batavia to prepare for the necessary changes.

The appointment of as King of the Netherlands led to vehement protests in 1806. Wiselius was among those refusing to offer their services to "Mr Bonaparte" ("den heer Bonaparte"). Left without a post, Wiselius now devoted himself to his private interests: the history of and of the city of , and writing plays and poems, living in his country house at the borders of the River Vecht.

In 1814, Wiselius was appointed director of the Amsterdam Police after he had refused to accept a position in Batavia. He preferred to stay with his children when his wife died. In 1817, Wiselius was appointed secretary to the Royal Institute of Sciences (KNI) as successor to . On August, 8th 1824 Wiselius was visited in his recently rented house, at a prestigious canal in the Jewish neighborhood, not by Louis Bonaparte (as a long-lived legend about his house at Nieuwe Herengracht 99 would have it), but by Gustav IV, the deposed and exiled king of Sweden. [Wijnman, H.F. (1974) Historische Gids van Amsterdam, p. 224; Limburg Brouwer, P. van (1846) Het leven van Mr S.I. Wiselius, p. 260.] The two men discussed "Het Réveil", a new, revivalist religious movement, which had started around 1810 in Switzerland. [Stunt, T.C.F. (2000) From Awakening to Secession; radical evangelicals in Switzerland and Britain 1815-35). Edinburgh (UK): T&T Clark - ISBN 0567087190] Wiselius showed him the largest room of his house, with a view on the park and five enormous fixed paintings: hunting scenes by . A few years before Gustav had given up his at the smelly in .

The fixed paintings were very fashionable and appreciated in the Romantic era. Actually the building had always been favoured by rich and illustrious art lovers, such as and . In 1923, the paintings were sold in a private arrangement by the to the media magnate , who was travelling through Europe in search of objects for his estate on the Californian coast. Since a few decades the paintings have been dispersed; two of them are in the in New York, where Hearst lived for some time, one is in Edinburgh, one is since 1953 in the and one painting seems to be lost.

In 1835, as the head of the police, Wiselius was involved in controlling the tax revolts, organized by house owners at square and in the neighbourhood. Afterwards he and the city mayor were heavily criticised, while sitting dozy in their chairs, after a meal. [Kannegieter, Z.J. (1935) Het belastingoproer te Amsterdam in 1835. In: Amstelodamum XXXII, p. 287.] Wiselius had not attended in person, but had dispatched a commissioner instead. [Kempen, A.F.J. van (1985) IJ-vorst en IJverzucht. Ambities en rivaliteit in stadsbestuur en gouvernement rondom het belastingoproer van 1835. In: Amstelodamum, p. 136-69.] Wiselius resigned in 1840, but kept his position as secretary of the KNI's literary division for a few more years.

After his death his son-in-law, P. van Limburg Brouwer, a physician and writer, wrote a dull biography, but with some crucial details. The statesman J.R. Thorbecke in his "Historische Schetsen" ("Historical Sketches"), published in 1860, criticised the biographer, his subject and his florid jargon. Some authors regard Wiselius as forceful, sharp-witted, animated or even overstrung. hardly ever has a positive opinion of Wiselius and the Patriot brotherhood, describing them as only quasi-intellectual [Schama, S. (1977) Patriots and Liberators. Revolution in the Netherlands 1780 - 1830, p. 170, ] , and Wiselius himself as a minor figure, a Jacobin, a [Ibid, p. 229, 231, 237, 244, 256, 273, 463, 487, 499] and an over-loud, pessimistic drawing-room liberal who shirked real issues, and ended up leaving politics an embittered man.