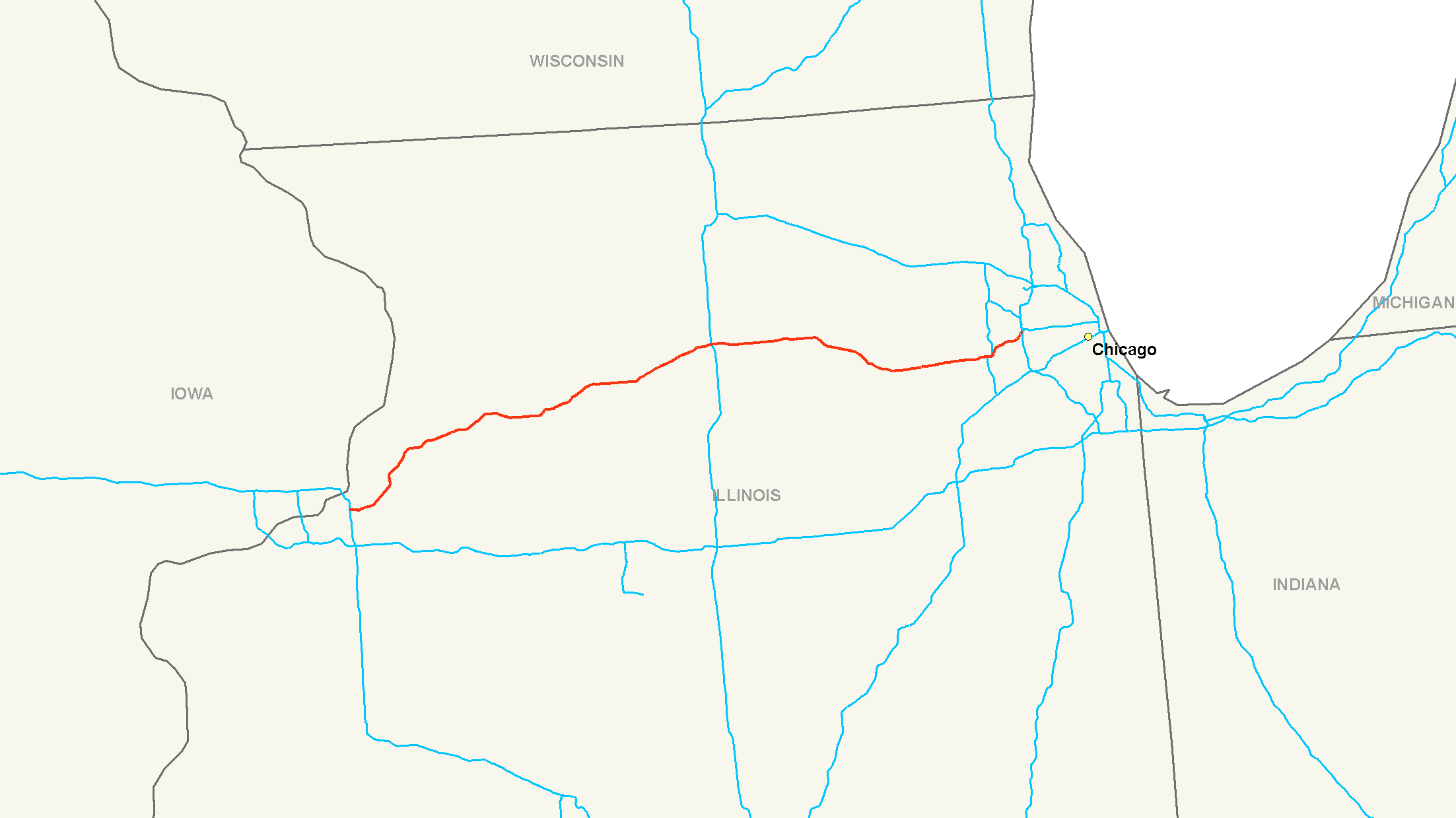 Prior to its designation as an Interstate Highway, the route was known as IL 5, and before that, IL 190.

The reason for I-88's original designation and continued existence as an Interstate has to do with a technicality in the old (NMSL). Originally passed in 1973, NMSL was amended in 1987 to permit 65-mph (105 km/h) speed limits on rural stretches of Interstate highways only. In spite of the fact that IL 5 was fully up to Interstate standards, it still had to carry a 55 mph (88 km/h) limit because of this wording in NMSL. The (IDOT) and (ISTHA) petitioned the (AASHTO) to re-designate IL 5 as an Interstate, and in 1988, AASHTO approved the request and assigned the Interstate 88 numbering to the highway. NMSL would be completely repealed only five years later in 1995, but the I-88 shields remain up to this day.

The Ronald Reagan Memorial Tollway, originally known as the East-West Tollway, is a in northern .

Opened , , it was initially designated as U.S. Route 30 Toll, and later "". The original routing extended from the interchange near Hillside to near Sugar Grove. was overlapped on the East-West Tollway between North Aurora and Sugar Grove in 1965. That length of Route 56 makes it the only state road to be concurrent with one of the tollways of the Illinois State Toll Highway Authority.

When the East-West Tollway was extended to near the Illinois/Iowa border in the 1970s, the Illinois 190 numbering was removed from the stretch between Aurora and Sugar Grove, making that section strictly Illinois 56. Once complete, the new routing of the tollway between Interstate 80 and Interstate 294 became designated as . In the late 1980s, it was renumbered as Interstate 88.

The road is officially a tollway east of the Sterling/Rock Falls area, east of the intersection with , to its terminus near Hillside. West of U.S. 30 to Interstate 80, Interstate 88 is a freeway. The tollway portion is 96 miles (154 km) long.

After the death of Illinois native and former President in 2004, the voted to rename the toll roadway in his memory, as it passes near his birthplace of Tampico and his boyhood home of Dixon.

Reagan was a native of nearby Dixon, Illinois. Similarly, ISTHA renamed the toll portion "." The tollway portion of I-88 was previously known as the "East West Tollway".

There is no direct off-ramp access to , , , and (northbound). In addition, I-88 merges with for a short distance. During the merge, Illinois 56 is the only tolled state route in Illinois.

, I-88 has no spur routes. None are planned for the near future.

In 2005, ISTHA initiated a reconstruction and widening project for most of I-88 between Sugar Grove and York Road, a distance of convert|25|mi|km|0. On , a fourth lane opened between Illinois 59 (mile 123.5) and Washington Street (mile 126.5

On the western portion of the work zone, I-88 is to be widened to three lanes between Orchard Road (mile 115) and the Aurora Toll Plaza (mile 117.5), a distance of convert|3.4|mi|km|1. Included in the project is construction of a new bridge over the Fox River, reconstruction of the interchange with , and removal of a bridge just west of IL 31. The work is to take place between summer 2007 and the end of 2009.

The does not use s.