Dixon is a city in Lee County, Illinois, United States. The population was 15,733 as of the 2010 census, down from 15,941 at the 2000 census. Named for its founder, John Dixon (Dixon's Ferry), it is the county seat of Lee County[1]. Located on the Rock River, Dixon was the boyhood home of former U.S. President Ronald Reagan.

Dixon is also the site of the Lincoln Monument State Memorial, marking the spot where Abraham Lincoln joined the Illinois militia at Fort Dixon in 1832 during the Black Hawk War. The memorial is located on the west side of Dixon's main north-south street, Galena Avenue, (U.S. Highway 52 also U.S. 26), just north of the Rock River.[citation needed]

Around 1828, Joseph Ogee, a man of mixed French and Native American descent, established a ferry and a cabin along the banks of the Rock River. In 1829, an employee of Ogee was named postmaster at the newly constructed post office. John Dixon, the eponymous founder, bought Ogee's Ferry in the spring of 1830. Father Dixon brought his family to his new establishment on April 11 of the same year. Shortly after, the name of the post office was changed to Dixon's Ferry as well.[3]

Located on the Rock River, Dixon was the boyhood home of the 40th president of the USA, Ronald Reagan. In his teen years, Reagan lifeguarded along the banks of the Rock River. His family house is preserved at 816 South Hennepin Avenue, and authorized by Congress to become Ronald Reagan Boyhood Home National Historic Site. (Reagan was born in nearby Tampico, Illinois and moved to Dixon when he was 9 years old.)[4]

Every summer Dixon holds the annual Petunia Festival, featuring a parade, carnival (Farrow shows), country concert, fireworks show, and a 5k (approximately 3.1 miles) race—the Reagan Run.[5] The parade features a multitude of floats from surrounding businesses, politicians, and other area groups. A carnival is also held in Dixon during this time, and the festival ends with the Fourth of July fireworks.

The Petunia Festival was conceived after Dutch Elm Disease and highway expansion wiped out the trees along the major roads in the late 1950s. In response to the dramatic change the streetscape underwent, the Dixon Mens Garden Club first planting petunias along Galena Avenue to regain some sort of streetscape identity once again in the early 1960s. Before the festival, volunteers plant thousands of pink petunias all along the main streets. The flowers are watered and maintained by the combined efforts of city workers and volunteers.[6] 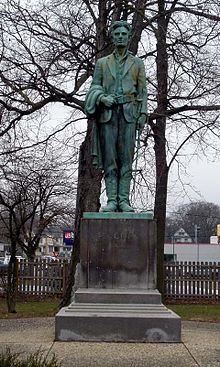 The city has an arch along Galena Ave., just south of the Rock River, that has the word "Dixon" in neon glasswork. Though commonly referred to as the Dixon Arch, the proper name for the structure is the War Memorial Arch.[7]

There were 5,681 households out of which 29.8% had children under the age of 18 living with them, 45.7% were married couples living together, 11.8% had a female householder with no husband present, and 38.6% were non-families. 32.6% of all households were made up of individuals and 14.7% had someone living alone who was 65 years of age or older. The average household size was 2.32 and the average family size was 2.94.