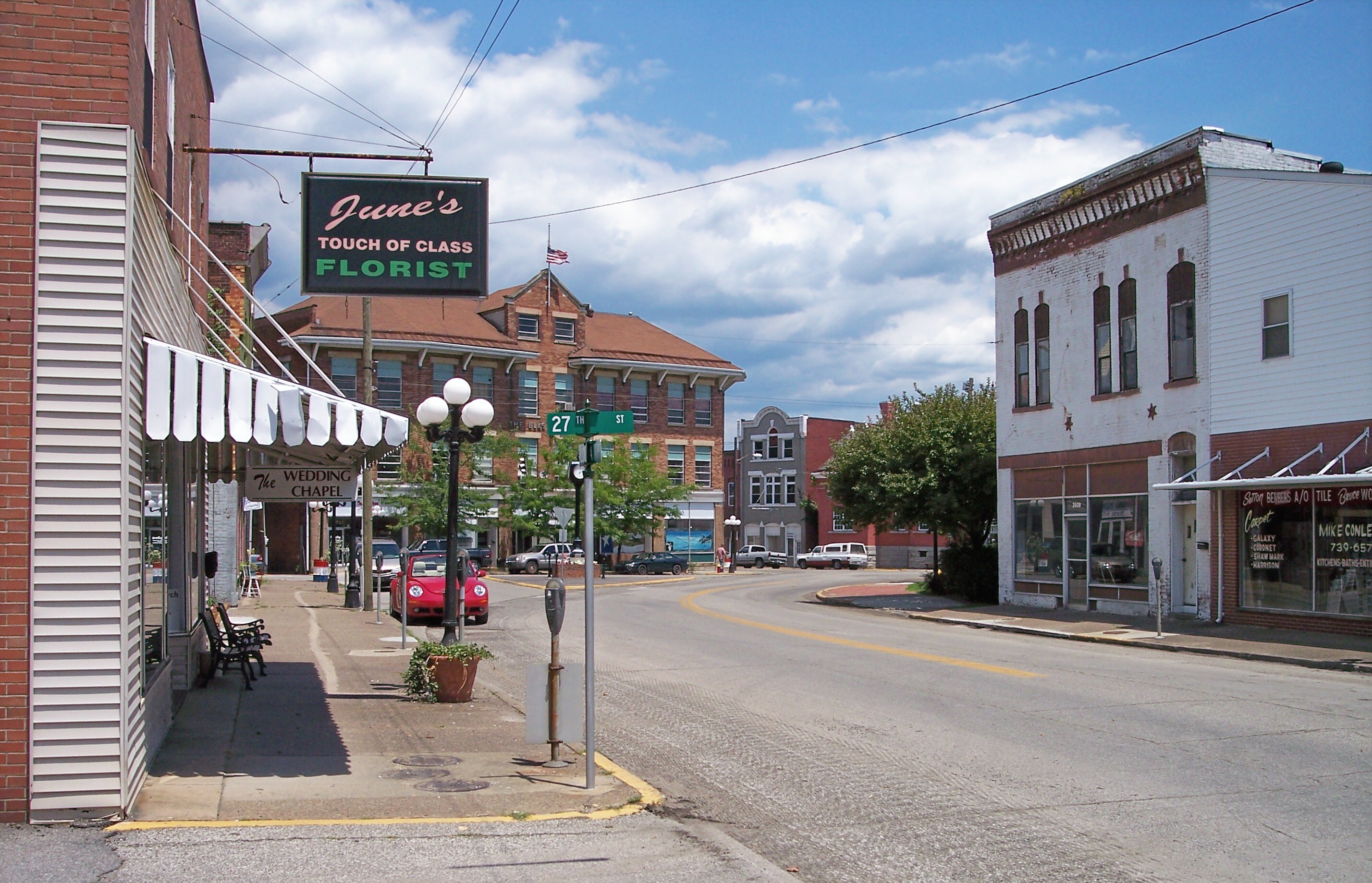 |right|Location of Catlettsburg, Kentucky
mapsize = 250px
map_caption = Location in the state of

Catlettsburg is a city in Boyd County, , . It is the of Boyd County. The city population was 1,960 at the 2000 census. However, the city's postal serves a greater population of 10,029. [ [http://factfinder.census.gov/servlet/SAFFFacts?_event=Search&geo_id=86000US41101&_geoContext=01000US%7C86000US41101&_street=&_county=&_cityTown=&_state=&_zip=41129&_lang=en&_sse=on&ActiveGeoDiv=geoSelect&_useEV=&pctxt=fph&pgsl=860&_submenuId=factsheet_1&ds_name=DEC_2000_SAFF&_ci_nbr=null&qr_name=null&reg=null%3Anull&_keyword=&_industry= US Census FactFinder 41129 Zip Code Information] ] Catlettsburg is a part of the (MSA). As of the 2000 census, the MSA had a population of 288,649. Since 1990, the city has prospered due to its proximity to and its location along and 60, both major regional arteries which overlap in Catlettsburg and travel into the city of Ashland. Many commercial developments have developed on the southern end of the city along these routes.

A post office was opened at this location in 1808 as "Mouth of Sandy". The settlement was incorporated as a city in 1848 as Catlettsburg, named after local landowner Horatio Catlett. The Catlett name still appears on a water tributary to the , Catlett's Creek, which is followed out of town by to the west.

The original Catlett home, built as a log cabin in 1808, is still standing on a wooded hillside at 2600 Walnut Street. It was later remodeled by the wealthy Patton family and named "Beechmore". Slave quarters were later added to the palatial estate.

Catlettsburg served as a supply depot during the Civil War. The First Presbyterian Church also served as an Army hospital during the war.

At the turn of the 20th century, Catlettsburg was the largest hardwood timber market in the world, due to its location at the confluence of the Big Sandy and Ohio rivers. Its population has declined considerably since then, once nearing 10,000 residents, but still serves as a trade center for eastern Boyd County and has a zip code population of 10,029, which is more reflective of the community's size.

Long time businesses in the city still operating today are Bowling's Feed and Hardware (65 years), Craycraft's Foodland Market (57 years), Merdie Boggs (45 years), Kentucky Farmers Bank, and the Kilgore and Collier Funeral Home (135 years). In 1997, the Catlettsburg Youth and Family area resource group was founded by local 4-H director Suellen Brown Zornes. The name was later changed to the Catlettsburg Development Club and later Main Street. It can be credited with the development of the murals and many other improvements throughout the city. The flood wall was built in 1951 to relieve the city of constant flooding and claimed many neighborhoods, reducing the city's population.

was widened and re-routed around the central business district in 1969, which further caused the downtown area to decline. remained as the major thoroughfare downtown until November 1990, when it was rerouted along the US-23 corridor. A new bridge was completed in 1987 to , across the Big Sandy River.

The topography of the city is a combination of low-lying narrow flat lands and steep rock cliffs, which has hindered the city's growth, but serves as a scenic addition to the city. Historic buildings dating from various eras compose the structural base of the city, mainly centered in the downtown area.

The downtown business district received other blows in addition to the highway re-routings, first when the federal courthouse was relocated to Ashland in 1985, and then when the U.S. Post Office was relocated to a new facility on U.S. 23, reducing traffic counts downtown.

Catlettsburg is located in the northeast corner of Kentucky at the confluence of the Ohio and Big Sandy rivers. It is considered part of the Kentucky, , and "Tri-state area". The two most significant landmarks in Catlettsburg are the and the Catlettsburg Refinery. The latter is owned by (formerly , then Marathon Ashland Petroleum, LLC). The refinery is somewhat unique within the company because it produces a wide variety of petroleum products. Many MAP refineries, such as the one in , produce only two or three.

In 1937, a large snowfall and subsequent rainfall in the mountains of West Virginia swept massive amounts of water into the Ohio River. Catlettsburg was completely inundated with water from this runoff, and what would later be called the 1937 Flood convinced Ashland, Ironton, Catlettsburg and Russell that they needed permanent flood protection.

There were 827 households out of which 23.9% had children under the age of 18 living with them, 45.0% were married couples living together, 13.3% had a female householder with no husband present, and 37.2% were non-families. 34.0% of all households were made up of individuals and 17.0% had someone living alone who was 65 years of age or older. The average household size was 2.25 and the average family size was 2.85.

*, nationally recognized author of numerous novels including "Goodbye Kate", which had its rights sold to

Catlettsburg Elementary School is the only school within the city limits, and is a member of the Boyd County Public School System.