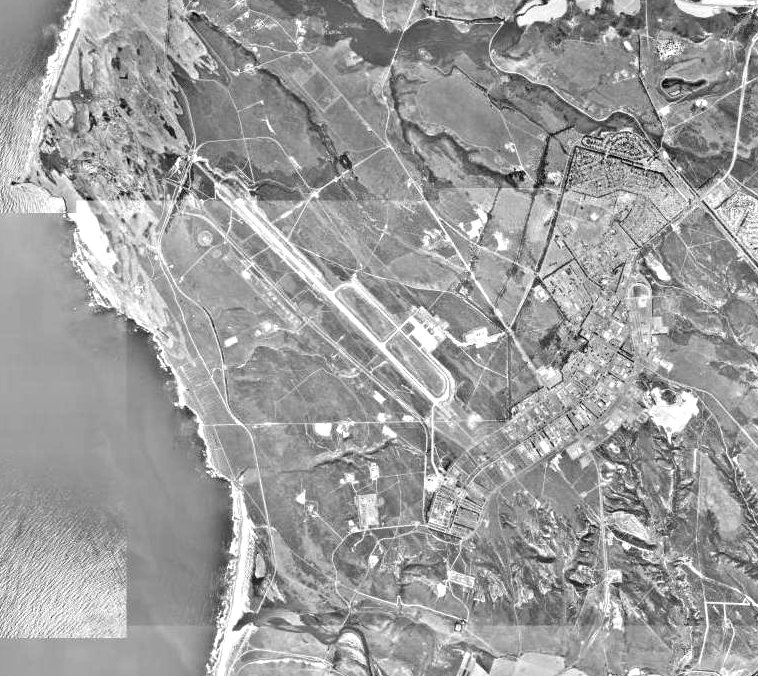 Vandenberg Air Force Base Airport codes|VBG|KVBG|VBG is a United States military installation with a , in Santa Barbara County, , . It is also a (CDP) with a population of 6,151 as of the 2000 census.

Vandenberg is home to the , , , and the (WLTR), and is responsible for satellite launches for military and commercial organizations, as well as testing of s, including the Minuteman III ICBMs. Vandenberg is assuming new roles with the creation of the (JFCC SPACE).

The base, nicknamed "VandyLand" by Air Force personnel, was originally established in 1941 as the US Army's Camp Cooke. The facility served as a training center for armored and infantry troops through and again in the .

The base was transferred to the US Air Force in 1957 and began its transformation into a space and ballistic missile test facility. One year later, Cooke Air Force base was renamed in honor of General Hoyt S. Vandenberg, the second chief of staff of the Air Force, who was an early advocate of space and missile operations.

Between , and , , the Air Force also purchased approximately 15,000 acres (61 km²) from the Sudden Ranch property, located south of the installation's original boundaries through the law of . This acquisition enlarged the base to its current 98,000 acres (400 km²) of which only 15% is developed. Its relatively remote location and proximity to the coast offers an excellent location to safely conduct test firings of strategic missile weapon systems (Atlas, Titan I, , Minuteman I/II/III and Peacekeepers) as well as launch satellites into polar orbit without overflying populated areas after liftoff.

On December 16, 1958, Vandenberg AFB launched the first Thor ballistic missile. Vandenberg boosted the world's first polar-orbiting satellite, Discoverer 1, aboard a booster combination on February 28, 1959. (The Discoverer 1 mission was used as a cover for the clandestine CIA Corona program.) Both launches occurred from Space Launch Complex 10, which has since been preserved and maintained as an example of a 1950s era launch complex technology. SLC-10 is also classified as a .

Vandenberg is still the only military installation in the United States that launches unmanned government and commercial satellites into polar orbit. It is also the only site from which ICBMs are launched toward the Kwajalein Atoll to verify weapon system performance.

The base is operated by 's (AFSPC) 30th Space Wing.

In 1972, Vandenberg was selected as the West Coast launch and landing site, but it has never been used as such.

Additionally, the existing 8,500 foot (2,590 m) runway and overruns on the North Base flightline were lengthened to 15,000 feet (4580 m) to accommodate end-of-mission landings. Turn-around servicing and refurbishing of the orbiter would be accomplished in the adjacent Orbiter Maintenance and Processing Facility (OMPF).

Modification of SLC-6 to support polar missions had been problematic and expensive. [ [http://www.globalsecurity.org/space/facility/vafb-slc-6.htm Space Launch Complex 6 [SLC-6] , Globalsecurity.org, 2007-04-27.] SLC-6 was still being prepared for its first Shuttle launch, mission targeted for , , when the "Challenger" disaster grounded the Shuttle fleet and set in motion a chain of events that finally led to the decision to cancel all West Coast Shuttle launches.

Had the space shuttle program been successful at , the West Coast operation would have contrasted with that at the by creating the orbiter stack directly on the launch pad, rather than assembling it and then moving it. Three movable buildings on rails, the Launch Tower, Mobile Service Building and Payload Changeout Room were used to assemble the Shuttle orbiter, external tank and SRBs. These buildings were designed to protect the shuttle "stack" from high winds in the area and were used during a series of "fit tests" utilizing the space shuttle "Enterprise" in 1985.

Since the demise of the shuttle program at Vandenberg, SLC-6 has once again been reconfigured, this time to support polar-orbit satellite launches by the new Delta IV family of launch vehicles, utilizing a Common Core Booster for class sizes all the way up to and including the Delta IV (Heavy) launcher. As it is currently configured, the 132 acre (534,000 m²) launch site features structures similar to Boeing's Delta IV SLC-37 launch site at Cape Canaveral Air Force Station in Florida, with a Fixed Umbilical Tower, Mobile Service Tower, Fixed Pad Erector, Launch Control Center and Operations Building, and a Horizontal Integration Facility. SLC-6 also features a Mobile Assembly Shelter that protects the rocket from adverse weather.

The first of the Delta IV launch vehicles to fly from SLC-6 successfully lifted off at 8:33 p.m. PDT on , when a Delta IV Medium+ (4,2) rocket lofted NROL-22, a classified satellite for the , into orbit. The payload was successfully deployed approximately 54 minutes later.

The Space and Missile Heritage Center preserves and displays artefacts and memorabilia to interpret the evolution of missile and spacelift activity at Vandenberg from the beginning of the through current non-classified developments in military, commercial, and scientific space endeavors.

The initial display area is made up of two exhibits, the "Chronology of the Cold War" and the "Evolution of Technology". The exhibits incorporate a combination of launch complex models, launch consoles, rocket engines, re-entry vehicles, audiovisual and computer displays as well as hands-on interaction where appropriate. The Center will evolve in stages from these initial exhibit areas as restorations of additional facilities are completed.

The Center is located at Space Launch Complex 10, site of the first tests of the Thor and (aka Corona ) series of launches. It is Vandenberg's only National Historic Landmark that is open for regularly scheduled tours through the 's Public Affairs office.

Vandenberg's location on the northern makes it possible to easily launch satellites into , unlike the . This, along with its location relative to the , makes Vandenberg a good site to launch reconnaissance satellites.

Vandenberg is also used for the launch of non-military satellites into polar orbits. The space probe "Clementine" was also launched there, using a "recycled" ICBM.

Much of the base is rugged, mountainous, and undeveloped; predominant groundcover includes with and woodland. Because of its protected nature &mdash; none of the backcountry areas are open to the public or to any kind of development &mdash; the base contains some of the highest quality coastal habitat remaining in southern or central California and is home to numerous threatened or endangered species. The western terminus of the is on the base, and is dominated by Tranquillion Peak, which rises 2,297 ft (700 m) above sea level. An optical tracking station is located at the top of the peak, which overlooks the various space launch complexes.

There are 1,707 households, out of which 71.8% have children under the age of 18 living with them, 87.2% were married couples living together, 3.8% had a female householder with no husband present, and 6.2% were non-families. 5.4% of all households were made up of individuals and none had someone living alone who was 65 years of age or older. The average household size was 3.33 and the average family size was 3.44.

The majority of the workforce that doesn't live on base resides in the immediate northern Santa Barbara county communities of Lompoc, , , Orcutt or Santa Maria. A small percentage commute from as far south as Santa Barbara and to as far north as the area near , which are all roughly an hour's drive along U.S. Route 101 and State Route 1 to the base's five access gates.

The Vandenberg Tracking Station is a satellite ground station located at VAFB and operated by the . The 35-year old antenna and associated electronics at the station were recently upgraded in a $60 million modernization effort. [cite web |url=http://www.losangeles.af.mil/news/story.asp?id=123101518 |title=Vandenberg Tracking Station Transition to Operations (OMRT) |publisher=USAF |date=2008-06-05]