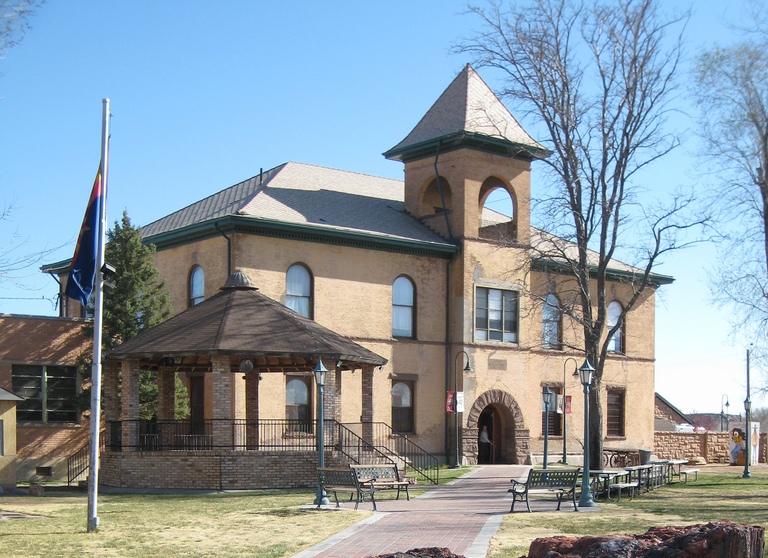 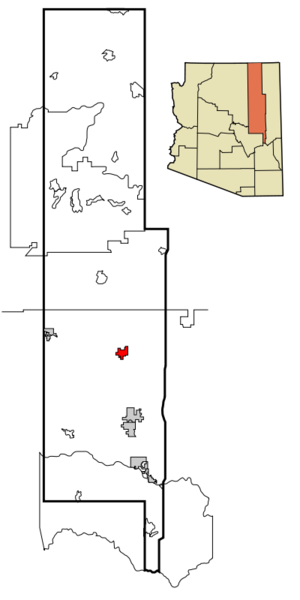 mapsize = 250px
map_caption = Location in and the state of

Holbrook was founded in 1881 or 1882, when the railroad was built, and named to honor the first chief engineer of the . [http://www.azcommerce.com/doclib/commune/holbrook.pdf]

*During 1881 & 1882, railroad tracks were laid down and a railroad station was built. The community was then named Holbrook after the first engineer of the .

*Holbrook became the county seat of Navajo County in 1895 and was incorporated in 1917.

*Many of the events that played out during the up to 1887 occurred in and around Holbrook.

A meteorite with an estimated mass of 190 kg exploded over the town of Holbrook on , .

There were 1,626 households out of which 40.7% had children under the age of 18 living with them, 52.3% were married couples living together, 16.4% had a female householder with no husband present, and 26.5% were non-families. 22.6% of all households were made up of individuals and 6.8% had someone living alone who was 65 years of age or older. The average household size was 2.93 and the average family size was 3.47.

* is located 28 miles east of Holbrook, the nearest city to the park.

*The Historic Navajo County Courthouse and Museum in Downtown Holbrook. Built in 1898, the courthouse is now home to the Navajo County Historical Society and is listed on the .
* on Hopi Drive. Built in 1950, is listed in the as Wigwam Village #6.
*Historic runs through Holbrook.

The city is served by the and serves 2324 students.