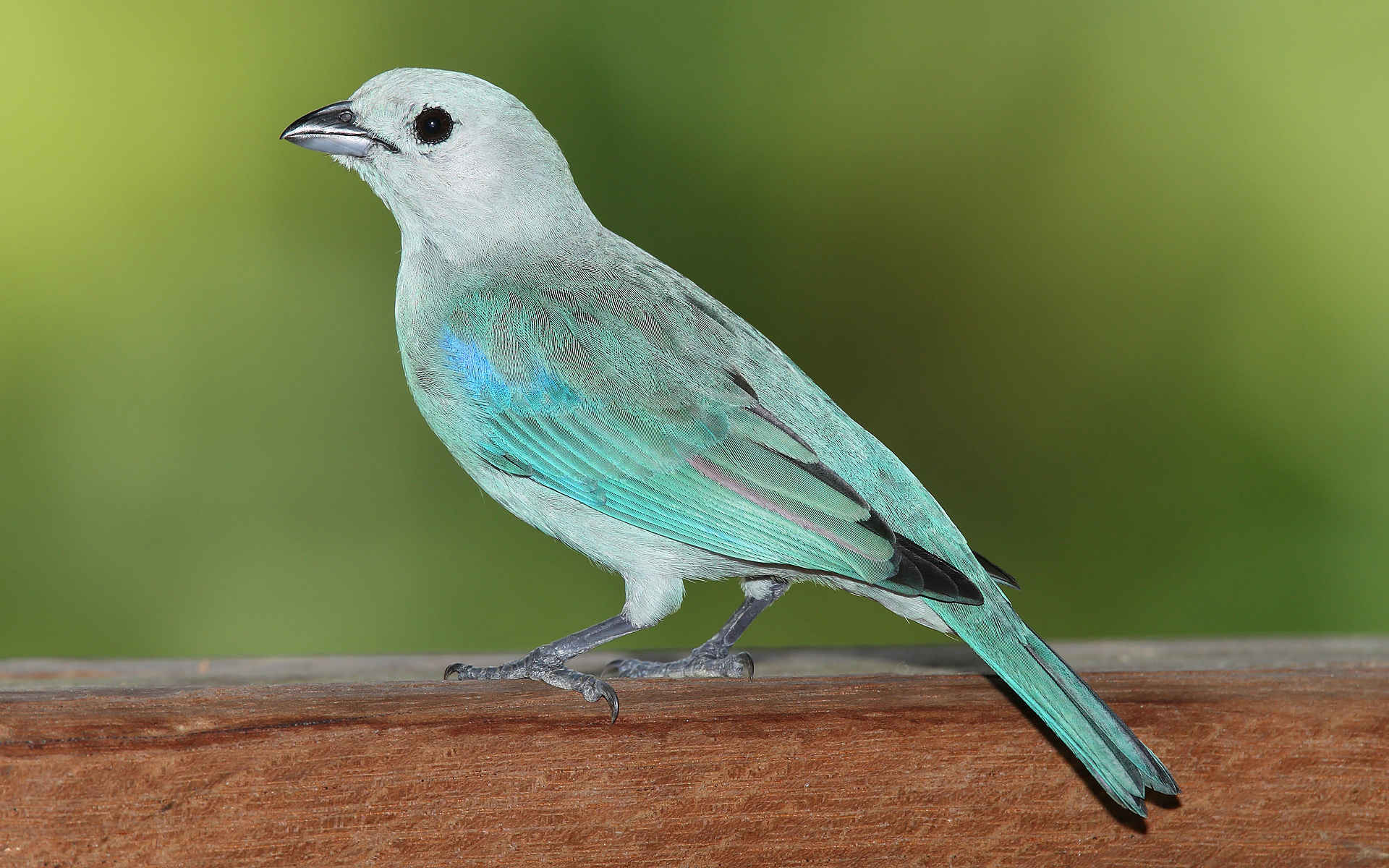 image_width = 256px
status = LC | status_system = IUCN3.1
regnum = ia
phylum = Chordata
classis = Aves
ordo =
familia =
genus = ""
species = "T. episcopus"
binomial = "Thraupis episcopus"
binomial_authority = Linnaeus, 1766The Blue-gray Tanager, "Thraupis episcopus", is a medium-sized n of the family, Thraupidae. Its range is from south to northeast and northern , all of the , except the very south. It has been introduced to Lima, .

The breeding habitat is open woodland, cultivated areas and gardens. One to three, usually two, dark-marked whitish to grey green eggs are laid in a deep cup nest in a high tree fork or building crevice. Incubation by the female is 14 days with another 17 to fledging. The nest is sometimes parasitised by "" cowbirds. The Blue-gray Tanager is 18 cm long and weighs 35 g. Adults have a pale blue-gray head and underparts, with darker blue upperparts. The bill is short and quite thick. Sexes are similar, but the immature is much duller in plumage.

There are a number of races. "T. e. berlepschi" is endemic to , and is a brighter and darker blue on the rump and shoulder. "T. e. neosophila", with a violet shoulder patch, occurs in northern , , eastern and the far north of Brazil. "T. e.mediana" of the southern Amazon basin has a white wing patch, and "T. e. cana" in the northern Amazon has blue shoulders.

The Blue-gray Tanager lives mainly on fruit, but will also take some nectar and s. This is a common, restless, noisy and confiding species, usually found in pairs, but sometimes small groups. It thrives around human habitation, and will take some cultivated fruit like . The song is a squeaky twittering, interspersed with "tseee" and "tsuup" call notes.

In , this bird is locally called the 'Blue Jean'.

Widespread and common throughout its large range, the Blue-gray Tanager is evaluated as Least Concern on the of Threatened Species.