The following is a list of the Māori iwi of New Zealand.

† The Moriori are usually considered a distinct people from the Māori. 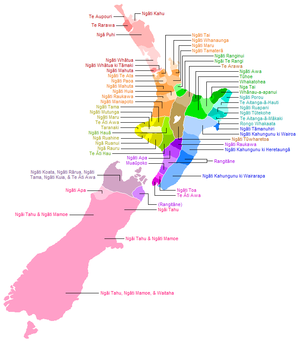 This map shows the location of the Iwi in New Zealand