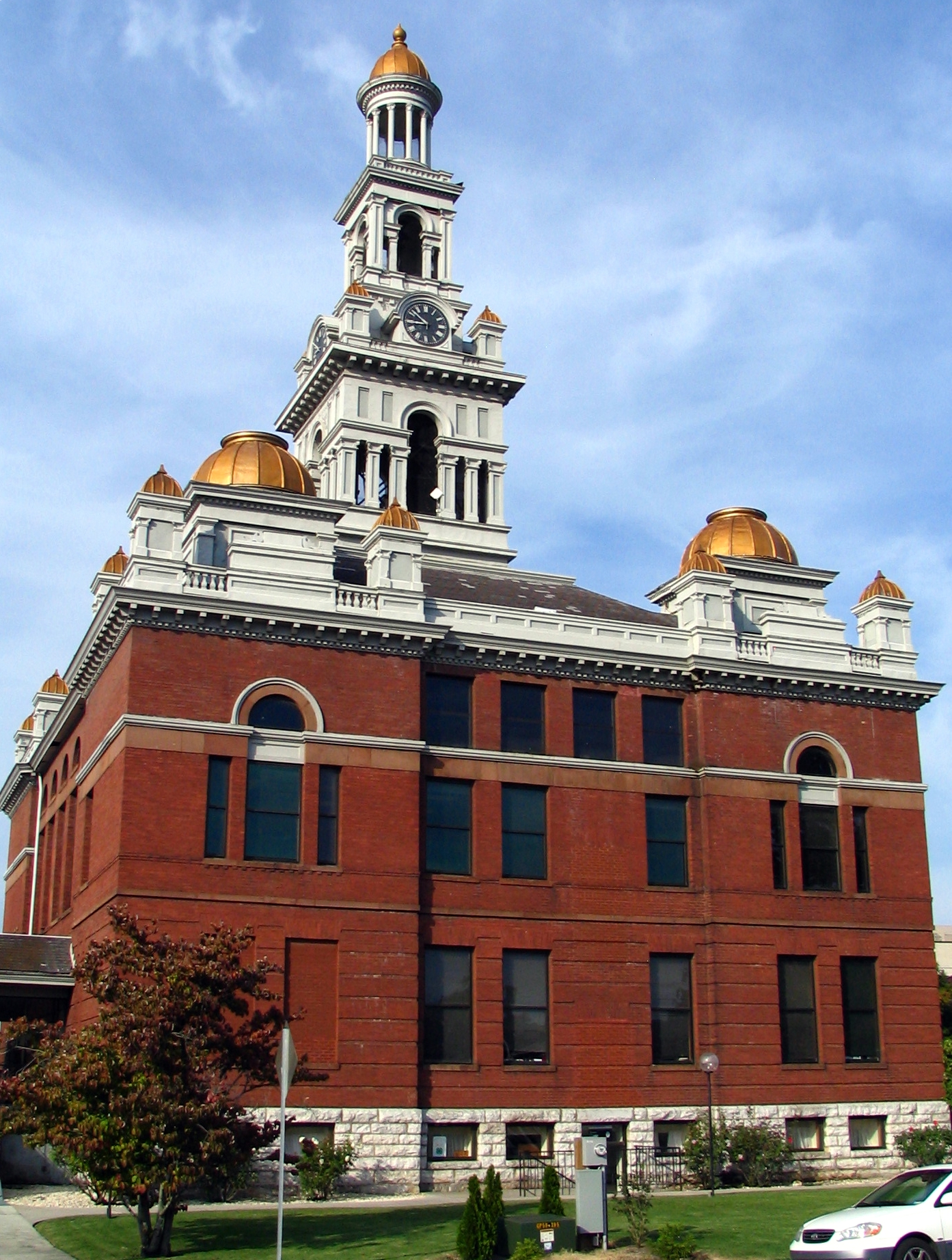 Prior to the encroachment of white settlers in present day Sevier County, the area had been inhabited for as many as 20,000 years by various prehistoric , the ancestors of the regionally dominant Cherokee indians. Though they used the region primarily as hunting grounds, the Cherokee vehemently fought white settlement in their territory, frequently leading raids on households in the area, even through the signing of various peace treaties, alternating short periods of peace with violent hostility [http://www.sevierlibrary.org/genealogy/indians/cherokee.htm] , until forcibly marched from their territory by the U.S. government on the infamous " [http://www.nps.gov/trte/] ."

Sevier County as it is known today was formed on September 18, 1794 from part of neighboring Jefferson County, as has retained the same boundaries that it was drawn up with over 200 years ago. The county takes its name from , governor of the failed and first governor of Tennessee, who played a prominent role during the tumultuous early years of settlement in the region [www.state.tn.us/sos/bluebook/ online/section5/counties.pdf] . Since its establishment in 1795, the county seat has been situated at Sevierville (also named for Sevier), the eighth-oldest city in Tennessee.

Prior to the late 1930s, Sevier County's population, economy, and society held little significance vis-à-vis any other county in the rural South. However, with the creation of the in 1936, the destiny of Sevier County, within the bounds of which lies thirty percent of the total area of the national park, was to change drastically. Today, rampant tourism supports the county's burgeoning economy which does not appear to be slowing any time in the near future.

The head of the Sevier County government, the county mayor, is elected in county-wide elections. The mayor serves along with a 25 member commission of elected officials representing the many small communities spread across the county. [http://www.seviercountytn.org/index.php?option=com_content&task=view&id=4&Itemid=8] .

From its beginnings as a traditional subsistence-based farming society, Sevier County has grown into a major tourist destination since the establishment of the , which is dominates the southern portion of the county. One of the very reasons for the park's creation, however, was also one of the county's first major economic engines: the lumber industry. Establishments in what is now the national park felled large amounts of timber in the early 1900s. Though the park effectively killed the then-lagging industry in the late 1930s, it spurred the development of one of the largest tourist resorts in the United States of America, as the Great Smoky Mountains National Park is now the most visited national park in the country [http://www.infoplease.com/ipa/A0004743.html] . In recent years the tourism bubble has expanded beyond the city of Gatlinburg, which borders the Northwestern segment of the national park, and into the nearby cities of Pigeon Forge and Sevierville [http://seviercountybusiness.com/parks.htm] .

The tourism industry drives the county's economy. The following destinations are among the most lucrative for the area:

*Great Smoky Mountains National Park, southern Sevier County: Established in 1936 and propelling the tourism industry in Sevier County ever since, the national park is the most visited in the entire system, welcoming over 10 million nature enthusiasts every year, most of which arrive through Sevier County [http://www.timeforkids.com/TFK/magazines/story/0,6277,95185,00.html] .

*, Pigeon Forge: The theme park named for part-owner (who was born in Sevierville) admits 2.2 million guests a year, making it both the most popular theme park and most frequented attraction (after the Great Smoky Mountains National Park) in Tennessee [http://www.tennessean.com/entertainment/news/archives/05/03/67993168.shtml?Element_ID=67993168] .

*, Gatlinburg: Opened in 2000 and designated the most visited aquarium in the in 2001, when over 2 million tourists passed through its galleries, Ripley's Aquarium of the Smokies is the largest single tourist draw in Gatlinburg [http://www.cnn.com/2005/TRAVEL/DESTINATIONS/11/21/ga.aquarium.tourism/index.html] .

*, Gatlinburg: The Ober Gatlinburg ski resort sits above Gatlinburg, offering numerous attractions for visitors unique to the county, including winter ski slopes and an indoor ice skating rink. The tramway that takes visitors to and from the Gatlinburg Parkway is touted as "America's Largest Aerial Tramway" [http://skiing.about.com/od/tennesseeskiresorts/p/obergatlinburg.htm]

As one of the largest counties in Tennessee, Sevier County's terrain varies from one of the most rugged portions of the Appalachian Mountains to the river valley of the French Broad River and Douglas Lake. The maximum elevation differential in Sevier County is the greatest in Tennessee, ranging from a high of 6,643 feet (2,025 metres) at Clingmans Dome (the highest point in the state) to a low of 850 feet (259 metres) at the French Broad River [http://www.cs.utk.edu/~dunigan/cohp/] .

Sevier County was Tennessee's third fastest-growing county by percentage change in population between the 1990 census and 2000 census [ [http://bus.utk.edu/cber/census/2k/c902k.txt Census data for Tennessee counties in 1990 and 2000] ] .

The Sevier County School System is composed of thirty-two public and private institutions ranging from programs through a number of secondary schools. One post-secondary institution is also located within the county.

The one post-secondary institution in the county is a of the Morristown-based .

In addition to the federally operated Great Smoky Mountains National Park, Sevier County is home to numerous smaller community parks, primarily within the cities of Sevierville [http://www.seviervilletn.org/Departments.htm#Parks%20&%20Recreation] , Pigeon Forge [http://www.cityofpigeonforge.com/cs/parksandrec/index.htm] , and Gatlinburg [http://www.ci.gatlinburg.tn.us/parksrec/cityparks.htm] . The most significant of them are listed as follows:

The massive development of the tourism industry in Sevier County in recent years, while blessing the county with good economic fortunes, has indeed put a major stress on the county's roadways. In effort to control this the county has put forth numerous projects to widen existing highways, and the cities of Pigeon Forge [http://www.pigeonforgetrolley.org] and Gatlinburg [http://www.ci.gatlinburg.tn.us/transit/trolley.htm] have also implemented a bus service oriented towards visitors, which ferries tourists to and from various popular destinations throughout the towns via decorated buses referred to as "trolleys."

A combination of many of these highways linked together as they run from Tenneessee Exit 407 of Interstate-40 through the cities of Sevierville, Pigeon Forge, and Gatlinburg to the entrance of the Great Smoky Mountains National Park functions as the . Along this stretch of U.S. and Tennessee highways a major, nearly uninterrupted tourist center (separated only by a spur route of the , known as "the spur") has emerged in the three communities.

Sevier County, like much of rural Tennessee, consists relatively few incorporated municipalities and numerous unincorporated settlements. The cities of Gatlinburg, Pigeon Forge, Pittman Center, and Sevierville (the four incorporated cities) account for only a small portion of the total population of over 70,000 [http://www.insiders.com/smokymt/main-overviews.htm#tod] .