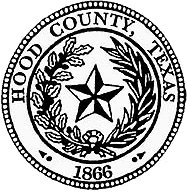 Hood County is a located in the of . In 2000, the population was 41,100. Its seat is GranburyGR|6. Hood County is named for , a Confederate lieutenant general and the commander of .

Hood County is part of the Granbury, Texas Micropolitan Statistical Area, which includes Somervell County, as well as the Dallas&ndash;Fort Worth Combined Statistical Area.