A miscarriage of justice primarily is the conviction and punishment of a person for a crime they did not commit. The term can also apply to errors in the other direction—"errors of impunity", and to civil cases. Most criminal justice systems have some means to overturn, or "quash", a wrongful conviction, but this is often difficult to achieve. The most serious instances occur when a wrongful conviction is not overturned for several years, or until after the innocent person has been executed or died in jail.

"Miscarriage of justice" is sometimes synonymous with wrongful conviction, referring to a conviction reached in an unfair or disputed trial. Wrongful convictions are frequently cited by death penalty opponents as cause to eliminate death penalties to avoid executing innocent persons. In recent years, DNA evidence has been used to clear many people falsely convicted.

While a miscarriage of justice is a Type I error for falsely identifying culpability, an error of impunity would be a Type II error of failing to find a culpable person guilty.

Scandinavian languages have a word, the Swedish variant of which is justitiemord, which literally translates as "justice murder." The term exists in several languages and was originally used for cases where the accused was convicted, executed, and later cleared after death. With capital punishment decreasing, the expression has acquired an extended meaning, namely any conviction for a crime not committed by the convicted. The retention of the term "murder" represents both universal abhorrence against wrongful convictions and awareness of how destructive wrongful convictions are. Some Slavic languages have also the word (justičná vražda in Slovak, justiční vražda in Czech) which literally translates as "justice murder", but it is used for Judicial murder.

Also, the term travesty of justice is sometimes used for a gross, deliberate miscarriage of justice. The usage of the term in a specific case is, however, inherently biased due to different opinions about the case. Show trials (not in the sense of high publicity, but in the sense of lack of regard to the actual legal procedure and fairness), due to their character, often lead to such travesties.

Causes of miscarriages of justice include:

Risk of miscarriages of justice is one of the main arguments against the death penalty. Where condemned persons are executed promptly after conviction, the most significant effect of a miscarriage of justice is irreversible. Wrongly-executed people nevertheless occasionally receive posthumous pardons—which essentially void the conviction—or have their convictions quashed. Many death penalty states hold condemned persons for ten or more years before execution, so that any new evidence that might acquit them (or, at least, provide reasonable doubt) will have had time to surface.

Even when a wrongly-convicted person is not executed, years in prison can have a substantial, irreversible effect on the person and their family. The risk of miscarriage of justice is therefore also an argument against long sentences, like life sentence, and cruel sentence conditions.

The Schiedammerpark murder case, as well as the similarly overturned case of the Putten murder, led to the installation of the "Posthumus I committee", which analyzed what had gone wrong in the Schiedammerpark Murder case, and came to the conclusion that confirmation bias led the police to ignore and misinterpret scientific evidence (DNA). Subsequently, the so-called Posthumus II committee investigated whether other such cases might have occurred. The committee received 25 applications from concerned and involved scientists, and decided to consider three of them further: the Lucia de Berk case, the Ina Post case, and the Enschede incest case. In these three cases, independent researchers (professors Wagenaar, van Koppen, Israëls, Crombag, and Derksen) claim confirmation bias and misuse of complex scientific evidence led to miscarriages of justice.

Norwegian police, courts, and prison authorities have been criticized and convicted on several occasions by the European Court of Human Rights for breaking the principle of innocent until proven guilty.

However, the maximum penalty in Norway is normally no longer than 21 years. Thereby, most of the victims have been acquitted after their release from prison. 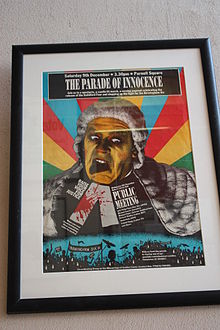 The Constitution of Spain guarantees compensation in cases of miscarriage of justice.

Until 2005, the parole system assumed all convicted persons were guilty, and poorly handled those who were not. To be paroled, a convicted person had to sign a document in which, among other things, they confessed to the crime for which they were convicted. Someone who refused to sign this declaration spent longer in jail than someone who signed it. Some wrongly convicted people, such as the Birmingham Six, were refused parole for this reason. In 2005 the system changed, and began to parole prisoners who never admitted guilt.

English law has no official means of correcting a "perverse" verdict (conviction of a defendant on the basis of insufficient evidence). Appeals are based exclusively on new evidence or errors by the judge or prosecution (but not the defense), or jury irregularities. A reversal occurred, however, in the 1930s when William Herbert Wallace was exonerated of the murder of his wife. There is no right to a trial without jury (except during the troubles in Northern Ireland or in the case where there is a significant risk of jury-tampering, such as organised crime cases, when a judge or judges presided without a jury).

During the early 1990s, a series of high-profile cases turned out to be miscarriages of justice. Many resulted from police fabricating evidence to convict people they thought were guilty, or simply to get a high conviction rate. The West Midlands Serious Crime Squad became notorious for such practices, and was disbanded in 1989. In 1997 the Criminal Cases Review Commission[2] was established specifically to examine possible miscarriages of justice. However, it still requires either strong new evidence of innocence, or new proof of a legal error by the judge or prosecution. For example, merely insisting you are innocent and the jury made an error, or stating there was not enough evidence to prove guilt, is not enough. It is not possible to question the jury's decision or query on what matters it was based. The waiting list for cases to be considered for review is at least two years on average.[citation needed]

In 2002, the NI Court of Appeal made an exception to who could avail of the right to a fair trial in R v Walsh.[3]

The Criminal Appeal (Scotland) Act 1927 increased the jurisdicion of the Scottish Court of Criminal Appeal following the miscarriage of justice surrounding the Trial of Oscar Slater.

Reflecting Scotland's own legal system, which differs from that of the rest of the United Kingdom, the Scottish Criminal Cases Review Commission (SCCRC) was established in April 1999. All cases accepted by the SCCRC are subjected to a robust and thoroughly impartial review before a decision on whether or not to refer to the High Court of Justiciary is taken.

Numerous cases. A list of dozens of death sentence miscarriages is at US Exonerated Death Row Cases.

Instances of where a wrongful execution has taken place is at Miscarriage (Executed).