The Dd class (later reclassified into D1, D2 and D3 subclasses) was a passenger and mixed traffic that ran on from 1902 to 1974. Originally introduced on mainline express passenger services, they were quickly superseded by the much larger A2 class and were relegated to secondary and branch line passenger and goods service, where they gave excellent service for the next fifty years. The Dd design was adapted into a 4-6-2T tank locomotive for suburban passenger use, the Dde (later D4) class. They were the most numerous locomotive class on the VR, with a total of 261 Dd and 58 Dde locomotives built.

By 1900, Victoria's express passenger locomotive fleet was almost exclusively made up of designs of the Old A, New A, and the most recent AA class. These locomotives reflected contemporary British locomotive practice (as did the VR's fleet of goods locomotives), in no small part due to VR having appointed in 1884 a manager Mr. R Speight as its first Chief Commissioner as well as a British engineer (Mr. E Jeffreys) and a British locomotive manufacturer ( of ) to provide standard designs for the VR.

At the turn of the century, in what marked a major shift in policy, the VR under recently appointed Commissioner Mr. J Mathieson set up a Locomotive Design Section for in-house development of future motive power. The Dd class locomotives were the first product of this exercise.

The Dd class is notable for being the last class of locomotive to be built by VR's traditional supplier of locomotives for over thirty years, 's , and the first locomotive class to be built in large numbers by VR's own . Victoria's conservative Irvine Government sought to reduce the costs of locomotive construction and Newport Workshops was asked to tender for the construction of the Dd class locomotives. A fierce tender war between Newport and Phoenix eventually resulted in a Royal Commission, which found that Newport could produce a locomotive for £3,364, some £497 cheaper than Phoenix's cost. The Phoenix Foundry produced just seven Dd locomotives and received no further orders, going into voluntary liquidation a year later. VR's Newport, Ballarat and Bendigo workshops went on to build virtually all subsequent locomotives for the VR system until the era.

They were initially assigned to hauling the Adelaide Express over the steep gradients between and , but were soon seen on mainline passenger services on a number of lines.

The first years of the 20th century saw on the VR (as elsewhere in the world) a considerable increase in both the amount of traffic and the size and weight of rolling stock being hauled. In 1907, the Dd class was supplanted by the much larger and more powerful on principal mainline services.

With their light axle load and express passenger speed, the Dd was also an ideal choice as motive power for the Victorian Railways Commissioner's train (used to carry the VR Commissioners on inspection tours to every corner of the VR network). In 1916, locomotive Dd 980 (later rebuilt as D3 639) was assigned as the Commissioner's engine

With electrification of the suburban network already on the drawing board (the first electrified lines opening in 1919), the Dde was designed for easy conversion to Dd tender engines in the event of electrification making them redundant. However, only two were modified in this way. Ten were scrapped in 1924, followed by another four in 1925 and the sale of Dde 704 to the .

During the construction of the Dd class, a number of changes were made. The first locomotives built featured low running plates with splashers over the driving wheels and a narrow cab. However, after 26 such examples were built the design was altered with high running plates mounted above the driving wheels and a more comfortable full-width pressed metal cab of Canadian design, a feature incorporated at the request of Victorian Railways Chief Commissioner and former Transportation Manager Thomas Tait.

Although the Dd was considered to be a successful design, it had a key shortcoming in that its boiler performance was not sufficient for the traffic demands being placed on it. In 1914, an experimental was fitted to Dd 882 and was found to be very successful. Both Dd and A2 designs (both locomotive classes still under construction at the time) were modified with superheated boilers (with all of the existing A2 class locomotives eventually fitted with superheated boilers). Superheaters were also fitted to three of the Dde locomotives. Further Dd locomotives were also built with 19 in. diameter cylinders in place of the original 18 in. cylinders.

With the introduction of a further D3 class in 1929, the Dde tank locomotives were reclassified as D4 class in 1929. 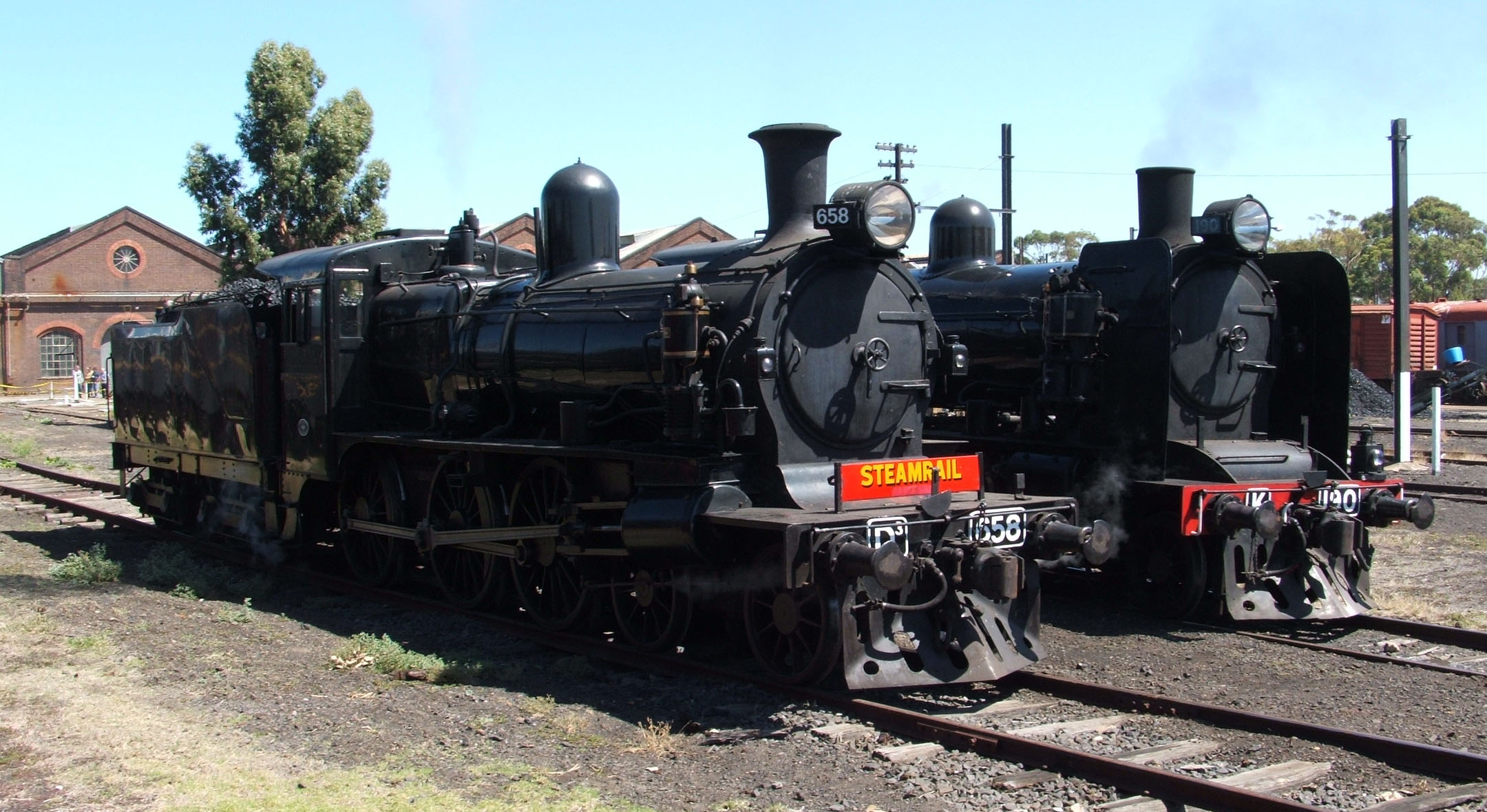 Despite the success of the superheating the Dd boiler, it was still somewhat limited in steam raising capabilities. In 1922, a new design of goods locomotive, the K class was introduced, with noticeably superior boiler performance to that of the Dd. In 1929, a Dd class locomotive was rebuilt with a larger boiler derived from the K class design. Based on the success of the rebuild, a further 93 D1 or D2 class locomotives were converted between 1929 and 1947.

The D3s were economical and efficient, but also renowned for their superior performance. They could be worked hard and were a favourite with crews. Although restricted to a maximum permitted speed of 60 mph (96 km/h), the D3s were known to be capable of up to 75 mph (120 km/h).

With their ability to travel at relatively high speed and their low axle load, the D3 helped to speed up passenger services on many lightly laid branch lines.

By 1951, the remaining D1 locomotives were shunters, the D2 locomotives providing suburban goods and branch line goods and passenger service, and the D3 performing both branch line and mainline service. However, with the massive upgrading of the VR locomotive fleet as part of 'Operation Phoenix' came the introduction of J class branch line steam locomotives and T class () s to replace the various remaining Dd locomotives.

Withdrawals and scrappings continued throughout the 1950s and 60s. The last Dd in VR service was the Commissioner's locomotive D3 639, which was replaced in this role by a Y class () diesel electric locomotive specially regeared for 60 mph (96 km/h) operation (Y 175) in 1968. 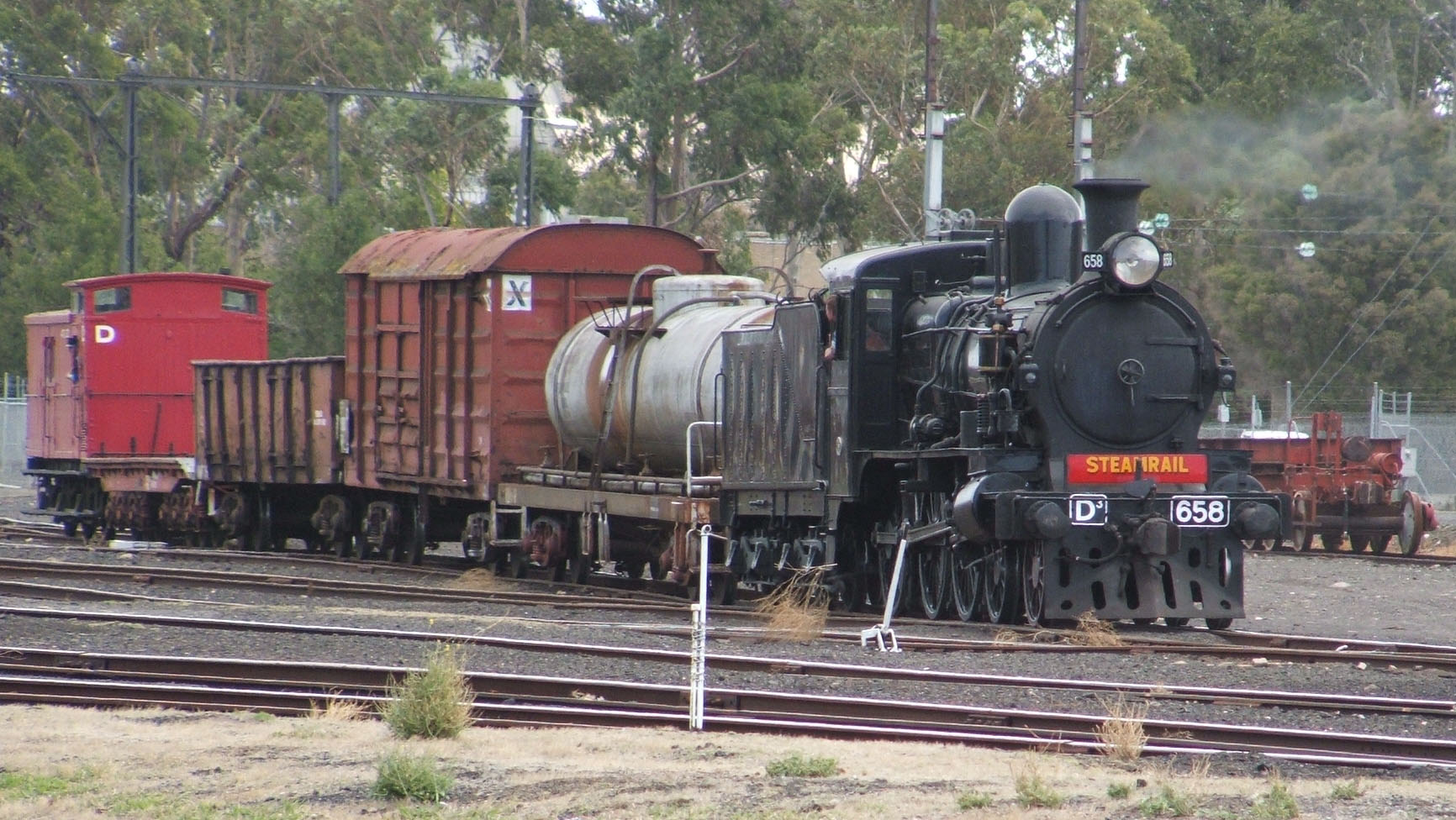 D3 639 was restored to operating condition in and was recommissioned into service by the on . Since this date, it has continued in service hauling various rail enthusiast special trains. It has also been used in a number of films, and could be seen hauling passenger trains beneath an inoperable overhead catenary in the 2000 remake of the post-apocalyptic film "On the Beach". [cite video
people = Russell Mulcahy (Director)
year = 2000
title = On the Beach
url = http://www.imdb.com/title/tt0219224/
medium = TV
publisher =
location = Australia] , A rebuild of a 1903 Dd locomotive, it made a special long-distance journey to in 2002 as that line approached its , and celebrated its own 100th anniversary in 2003 with a journey to Swan Hill. [cite web|url=http://www.vicsig.net/index.php?page=locomotives&number=639&class=D3&type=Steam&orgstate=V
title=VICSIG - Locomotives - D3 639| accessdate=2007-04-09] , it has reverted to its earlier D3 658 numbering.

A single example of each of the D2 and D4 locomotives were retained for preservation. D2 604 and D4 268 are today on display at the North Williamstown Railway Museum, as well as a further example of the D3 class, D3 635.

13 other D3 class locomotives remain, either preserved in static display or stored awaiting restoration or as a supply of parts.

No original D1 class locomotives have survived into preservation.