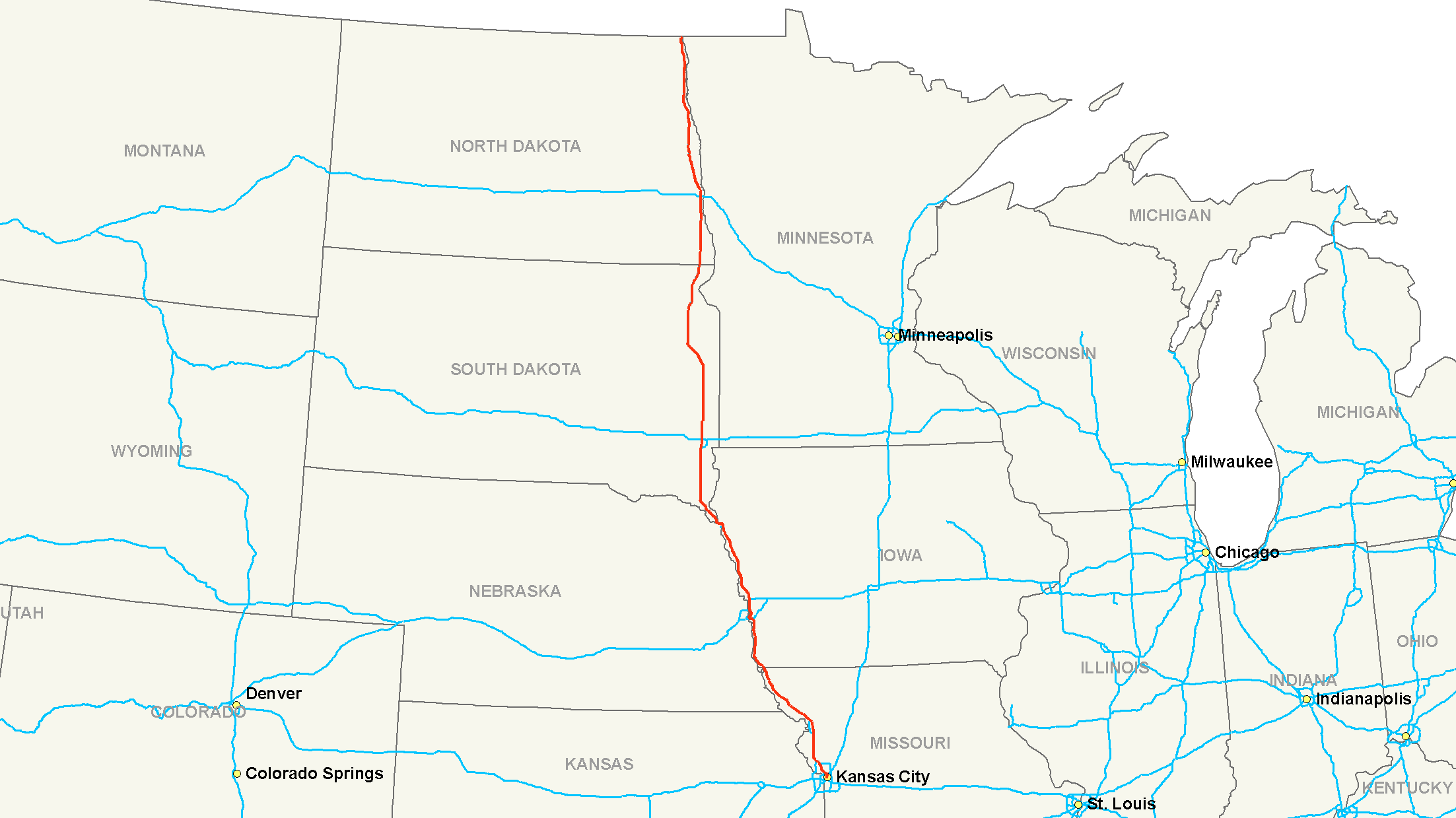 Near its southern terminus, I-29 is concurrent with I-35 and . The interstate diverts from U.S. 71 just north of St. Joseph and follows a sparsely populated corridor along the to Council Bluffs. During the design phase there was an alternative sending the route further along U.S. 71 through the bigger towns of and . During the the Missouri River flooded this section and traffic was rerouted to U.S. 71 through Maryville and Clarinda.

Almost all of I-29 in Missouri is an area called the that was not originally part of Missouri when it entered the union.

Interstate 29 enters South Dakota at North Sioux City by crossing over the . It runs northwest until its interchange with near Vermillion, where it turns north. The highway alignment is due north until just before Sioux Falls. In the Sioux Falls area, I-29 serves the western part of Sioux Falls while I-229 spurs off and serves eastern Sioux Falls. In northwestern Sioux Falls, I-29 meets . After that, it continues north past Brookings and an intersection with US 14. At the intersection with , I-29 turns northwest toward Watertown. After Watertown, the highway continues north into North Dakota.

Interstate 29 enters North Dakota from the south, near . At Fargo, it meets and continues north along the Red River toward . At its northern terminus, I-29 enters and becomes which leads to .

The portion from to the Canadian border was originally considered for designation as Interstate 31 in 1957 for present-day I-29.