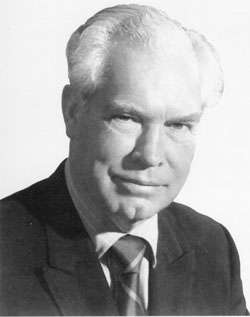 William Denby "Bill" Hanna (July 14, 1910 – March 22, 2001) was an influential American , director, producer, , , and cartoon artist, whose movie and television cartoon characters entertained millions of fans worldwide for much of the twentieth century. When he was a young child, Hanna's family moved frequently, but they settled in Los Angeles by 1919. There, Hanna became an Eagle Scout. He briefly attended college but dropped out at the onset of the .

After working odd jobs in the first months of the Depression, Hanna joined the in 1930. During the 1930s, Hanna steadily gained skill and prominence while working on cartoons such as "Captain and the Kids". In 1937, while working at (MGM), Hanna met . The two men began a collaboration that was at first best known for producing "" and live action films. In 1957, they co-founded , which became the most successful television animation studio in the business, producing programs such as "", "The Huckleberry Hound Show", "", "", "The Smurfs", and "". In 1967, Hanna-Barbera was sold to for $12 million, but Hanna and Barbera remained head of the company until 1991. At that time the studio was sold to , which in turn was merged with , owners of , in 1996; Hanna and Barbera stayed on as advisors.

Hanna and Barbera won seven s and eight s. Their cartoons have become cultural icons, and their cartoon characters have appeared in other media such as films, books, and toys. Hanna-Barbera's shows have a global audience of over 300 million people and have been translated into more than 20 languages.

William Hanna was born to William John and Avice Joyce (Denby) Hanna in .

After dropping out of college, Hanna worked briefly as a construction engineer and helped build the Pantages Theatre in Hollywood.rp|6 He lost that job during the Great Depression and found another at a car wash. His sister's boyfriend encouraged him to apply for a job at the cartoon studio Pacific Art and Title.

Hanna was given the opportunity to direct his first cartoon in 1936; the result was "To Spring", part of the Harman-Ising "Happy Harmonies" series. The following year, MGM decided to terminate their partnership with Harman-Ising and bring production in-house.rp|68 Hanna was among the first people MGM hired away from Harman-Ising. Besides inking and painting, Hanna also wrote songs and lyrics. During 1938–39 he served as a senior director on MGM's "Captain and the Kids" series. The show did not do well; consequently, Hanna was demoted to a story man and the series was cancelled.rp|68–69 Hanna's desk was opposite that of Joseph Barbera, who had previously worked at . The two quickly realized they would make a good team.rp|Foreword By 1939 they had solidified a partnership that would last 50 years. Hanna and Barbera worked alongside cartoonist , who created cartoon characters such as and .rp|33

In 1940 Hanna and Barbera jointly directed "", which was nominated for an Academy Award for Best (Cartoon) Short Subject.

Modeled after the "Puss Gets the Boot" characters with slight differences, the series followed Jerry, the pesky rodent who continuously outwitted his feline foe, Tom. Hanna said they settled on the cat and mouse theme for this cartoon because: "We knew we needed two characters. We thought we needed conflict, and chase and action. And a cat after a mouse seemed like a good, basic thought." The revamped characters first appeared in 1941's "".rp|46 Over the next 17 years Hanna and Barbera worked almost exclusively on "Tom and Jerry", directing more than 114 highly popular cartoon shorts.

Quimby accepted each Academy Award for "Tom and Jerry's" without inviting Hanna and Barbera onstage. The cartoons were also released with Quimby listed as the sole producer, following the same practice for which he had condemned Ising.rp|83–84 When Quimby retired in late 1955, Hanna and Barbera were placed in charge of MGM's animation division.

The first offering from the new company was "", a series which detailed the friendship between a dog and cat. Despite a lukewarm response for their first theatrical venture, "", Hanna-Barbara soon established themselves with two successful television series: "The Huckleberry Hound Show" and "The Yogi Bear Show". A 1960 survey showed that half of the viewers of "Huckleberry Hound" were adults. This prompted the company to create a new animated series, "".

By the late 1960s, Hanna-Barbera Productions was the most successful television animation studio in the business. The Hanna-Barbera studio produced over 3000 animated half-hour television shows. Among the more than 100 cartoon series and specials they produced were: "", "" (an imitation of the earlier "" MGM cartoons), "", "Josie and the Pussycats", "", "", , and "". Top Cat was based on 's character Sgt. Bilko,

As popular as their cartoons were with 1960s audiences, they were disliked by artists.

In 1966, Hanna-Barbera Productions was sold to Taft Broadcasting (renamed Great American Communications in 1987) for $12 million.rp|162, 235–236 Hanna and Barbera remained at the head of the company until 1991.

Most of the cartoons Hanna and Barbera created revolved around close friendship or partnership; this theme is evident with Tom and Jerry, and Boo Boo, Fred Flintstone and , Ruff and Ready, "The Jetsons" family, and the friends in "Scooby-Doo". These may have been a reflection of the close business friendship and partnership that Hanna and Barbera shared for almost 60 years.rp|214 Although their professional strengths, weaknesses, and personalities meshed perfectly, Hanna and Barbera travelled in completely different social circles. Hanna's circle of personal friends primarily included other animators; Barbera had an affinity for Hollywood's celebrity society.rp|52–53 Their division of work roles complemented each other but they rarely talked outside of work since Hanna was interested in the outdoors and Barbera liked beaches and good food and drink.rp|120–121 Nevertheless, in their long partnership, in which they worked with over 2000 animated characters, Hanna and Barbera rarely exchanged a cross word. Barbera said: "We understood each other perfectly, and each of us had deep respect for the other's work."

Hanna is considered one of the all-time great animators and on a par with Tex Avery. He and Barbera was also one of the first animators to realize the enormous potential of television.

In all, the Hanna-Barbera team won seven Academy Awards and eight s,