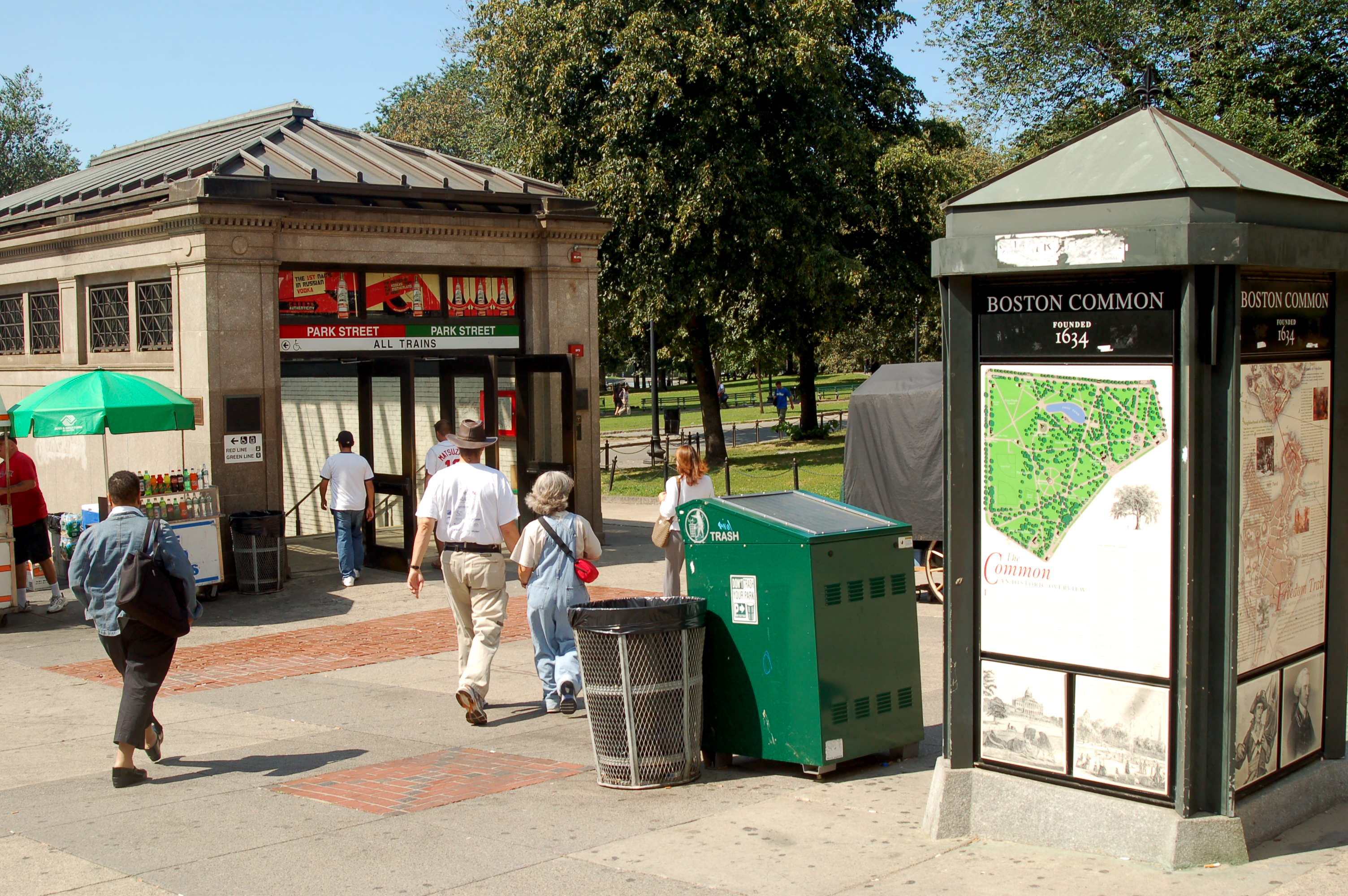 Park Street Station of the MBTA, located at the intersection of Park Street and in Boston at a corner of Boston Common, is the main transfer point between the Green Line and the Red Line. Throughout the green and red lines, trains labeled "inbound" are headed towards this station, while those labeled "outbound" are headed away.

*Underground to Downtown Crossing, for a connection to the Orange Line and Silver Line buses.

*the , seat of the state's government
*Boston Common
*
*
*
*the Boston Center
*theater and cinema
*shops and restaurants

Park Street Station is wheelchair accessible, after a renovation completed in 2004. The Red Line station has both island and s. Only the island platform has elevator access. "See also:" .

Park Street makes a cameo appearance in the first paragraph of the 1927 story, "Pickman's Model." It also appears near the end of his 1936 novella "."