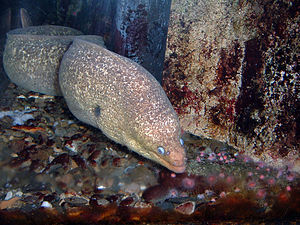 The California Moray Eel is one of the featured local species on display. 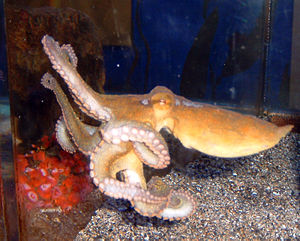 As Heal the Bay’s marine education facility, it is open to the general public and attracts more than 65,000 visitors from around the world per year (approximately 15,000 are students). This facility offers educational programs, activities and special events dedicated to marine conservation, pollution prevention, and environmental education.

The SMPA has numerous exhibits featuring marine life native to the Santa Monica Bay, including:

Species on display include:

In February 2009 the two-spotted octopus managed to manipulate the pipe connection that takes care of draining the water tank. Consequently a few hundred gallons of water flooded the visitor space. [1] [2]