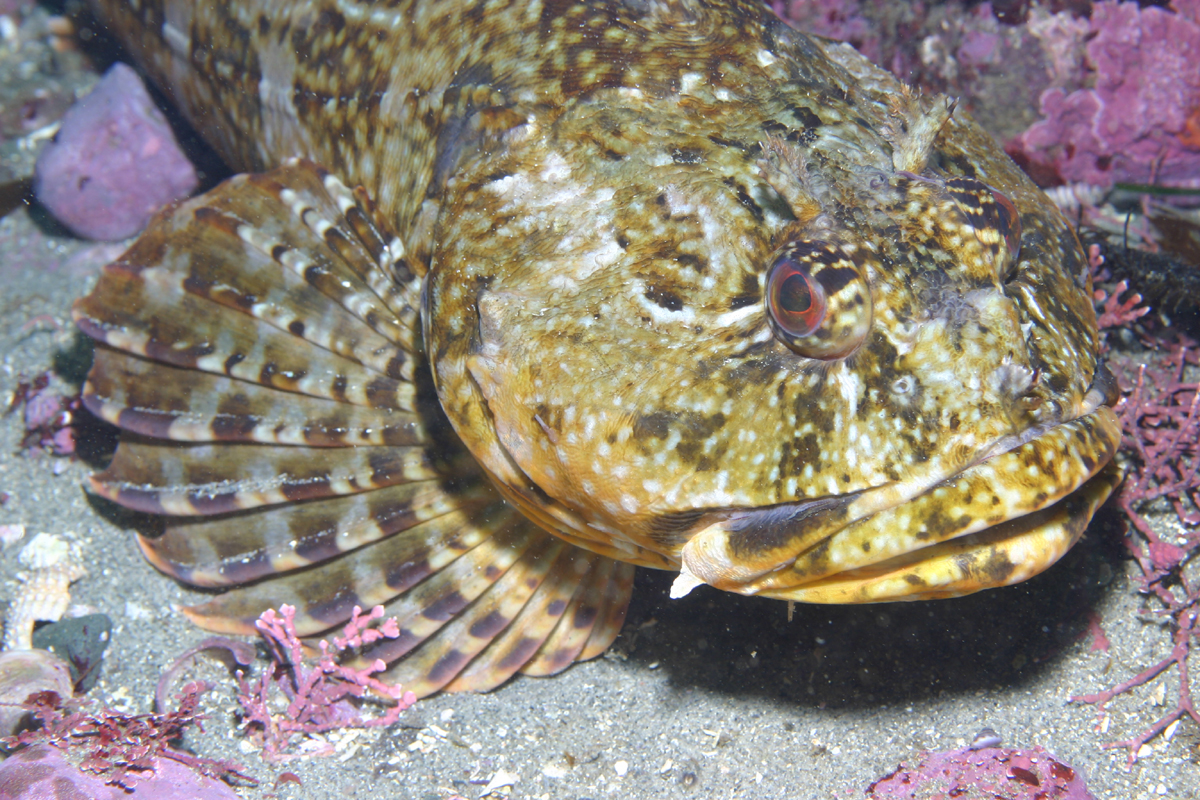 It is a scaleless fish, with a broad bony support extending from the eye across the cheek just under the skin. Normally it has 11 spines on the . The cabezone also has a stout spine before the eye, an of soft rays, and a fleshy flap on the middle of the . A pair of longer flaps are just back of the eyes. The mouth is broad with many small teeth it has large pale areas on the body. The coloring varies, is mottled with browns, greens and reds. >90% of red fish are males, whereas >90% of green fish are females [Probably More Than You Want To Know About The Fishes Of The Pacific Coast by Milton Love. Pg 222] It reaches a weight of up to 25 pounds. As the Spanish-origin name implies, the fish has a very large head relative to its body.

It is found from northern to southern . It frequents beds at moderate depths, and shallow waters.

It feeds on , fishes and fish eggs. The cabezone is considered important as a game fish in Central waters. An excellent food fish, it is taken irregulary throughout the year by using and for bait. Cabezone inhabit the tops of rocky ledges as opposed to and , which usually inhabit the sheer faces of these features.