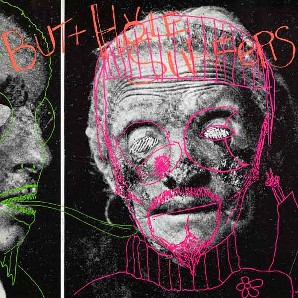 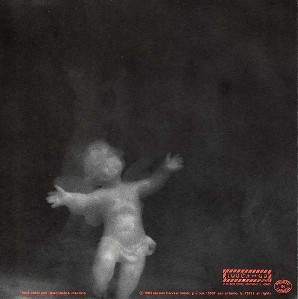 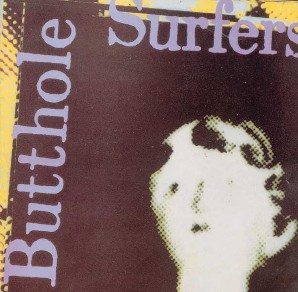 "Psychic... Powerless... Another Man's Sac" is the first full-length studio album by American punk band , released in December 1984. All songs were written and produced by the Butthole Surfers.

This was the Surfers' first album on Touch and Go, and was originally released on clear vinyl. It was reissued on in 1999.

The band embarked on a decidedly more psychedelic direction with their first LP. However, while the album's first half, and in particular "Cherub," have definite psychedelic qualities, elements of traditional punk ("Butthole Surfer"), blues ("Lady Sniff"), ("Mexican Caravan"), and ("Gary Floyd") are also on display.

"Dum Dum" is also notable for being another song in the Butthole Surfers' catalogue to be based around parts of a Black Sabbath song whilst the lyrics revolve around an entirely different concept from the original. The drums are lifted in this instance, from "Children Of The Grave", from the "Master Of Reality" album.

Many of "Psychic..."'s tracks were enhanced with extensive tape editing and, in some cases, the addition of non-traditional instrumentation, including the barrage of bizarre sounds (spitting, vomiting, Spanish radio station, etc.) heard in "Lady Sniff." Lead vocalist debuted a new vocal technique by singing through a bullhorn for some songs, and played on "Negro Observer" and "Cowboy Bob." This was the first Surfers studio album to feature double drummers and Teresa Nervosa, and the last with bass player , who had also performed on the band's first two releases.

Approximately half the songs on this album, including "Negro Observer," "Lady Sniff," "Cherub," "Mexican Caravan," "Cowboy Bob," and "Gary Floyd," are staples of the Surfers' live shows.

According to guitarist , "Psychic..." was recorded in a very substandard studio. Leary also claims he and Haynes were living in a tool shed at the time of the sessions. [ [http://www.austinchronicle.com/issues/vol18/issue52/music.buttholes.html Ken Lieck, "Reissuing the Butthole Surfers," "The Austin Chronicle" Newspaper Vol. 18 Issue 52] ]

The Surfers weren't under contract to any when they recorded this album. Upon its completion they offered it to , who had released the band's first two EPs but could not afford to distribute the new project. [Michael Azerrad, "" (New York, Boston: Little, Brown and Company, 2001) 281.] This, combined with questions the group had regarding Alternative Tentacles' handling of royalties from "Butthole Surfers" and "", resulted in the album ultimately being released on Touch and Go. [ [http://ngro_obsrvr.tripod.com/articles/recordcollector.html Mark Paytress, “The Butthole Surfers: Mark Paytress Unravels the Career of the Cult American Band,” "Record Collector" No. 114, February 1989] , archived at Butthole Surfers fan website, [http://ngro_obsrvr.tripod.com/ Negro Observer] ]

All songs written and produced by the Butthole Surfers.