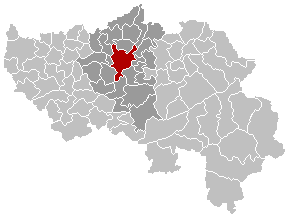 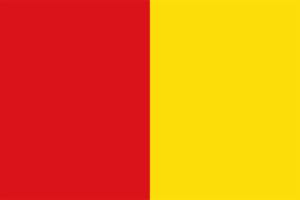 Liège (pronounced|ljɛːʒ, Older English: "Luick", Walloon: "Lidje", German: "Lüttich"; Latin: "Leodium", Dutch: "Luik"; until 1949, the city's name was written "Liége", with the instead of a ) is a major Walloon and municipality in located in the province of Liège, of which it is the administrative capital. Road-signs in (Dutch-speaking North Belgium) use "Luik" for "Liège".

It is situated in the valley of the river Meuse (or Maas) near Belgium's eastern borders with the and , where the Meuse meets the . It is in the former , the industrial backbone of Wallonia. The Liège includes the former communes of , , , , , Jupille-sur-Meuse, Rocourt, and .

The city is the principal economic and cultural centre of . The agglomeration of the city, with a population of 476,000 inhabitants, [Belgium, three large urban agglomerations : http://www.diplomatie.be/en/belgium/belgiumdetail.asp?TEXTID=1698] to more than 600,000 inhabitants, depending on where one would put the boundaries, is the third largest in Belgium, after the agglomerations of and . Liège is also the second most populous city in Wallonia after . [The term "City" is different than "agglomeration" in Belgium : cities are following strict borders while the agglomeration shows more freely the size and the importance of a group of cities, usually a big one and many smallers ones in the subburbs. The agglomeration of Liège includes the cities of Liège, Seraing, Herstal, Ans and some smaller municipalities.]

In the past, Liège was one of the most important -making centres in Europe. Starting in 1817, extensively developed the iron and steel industry. The industrial complex of was the largest in the world. It once boasted numerous s and mills. Although now a mere shadow of its former self, steel production and the manufacture of steel goods remain important.

Liège has also been an important centre for since the and the arms industry is still strong with the headquarters of .The economy of the region is now diversified, the most important centers are : Mechanical industries ( and ), space technology, , and also production of , or .A science park south east of the city, near the campus, houses and high technology businesses.

Liège is also a very important center: [Liège, the place to build : http://mipimliegeois.pingouin.globulebleu.com/]
* The city possesses the third largest river port in Europe [cite web
url=http://www.belgiumtheplaceto.be/liege.php
title=Liège, a brief summary] directly connected to , and via the and the .
* In 2006 was the 8th most important cargo airport in Europe. A new passenger terminal was opened in 2005. It is also the main hub and the headquarter of .
* Trains from provide direct railway connections with , , Namur and , , in , and in . The city is also connected to the high-speed network. Train times are 40 minutes to and 2h13 to with the train. The German ICE links Liège with , and . Two new high-speed lines ( and ) have been built to connect Liège to the high-speed network.
* The network around Liège has 7 branches and is very important for national and international traffic.

Although settlements already existed in Roman times, the first references to Liège date to 558, with the name "Vicus Leudicus". Around 705, Saint Lambert of Maastricht completed the conversion of the pagans in the region. He was, however, murdered in Liège, and was thereafter popularly regarded as a martyr. To enshrine St. Lambert's s, his successor, St Hubert, built a near the bishops residence which became the true nucleus of the city. A couple of centuries later, the city became the capital of a prince-bishopric, which lasted from 985 till 1794. The first , Notger, transformed the city into a major intellectual and ecclesiastical centre, which maintained its cultural importance during the . Pope recruited several musicians from Liège to perform in the Papal court at , whereby sanctioning the practice of polyphony in the religious realm. The city was renowned for its many churches, the oldest of which, St Martin's, dates from 682. Although nominally part of the , in practice it possessed a large degree of independence.

The strategic position of Liège has made it a frequent target of armies and insurgencies over the centuries. It was fortified early on with a castle on the steep hill that overlooks the city's western side. In 1345, the citizens of Liège rebelled against Prince-Bishop , their ruler at the time, and defeated him in battle near the city. After a rebellion against rule from , King and Duke of Burgundy captured and largely destroyed the city in 1468, after a bitter siege which was ended with a successful surprise attack. Liège was technically still part of the Holy Roman Empire. After 1477, the city came under the rule of the s and, after 1555, under Spanish sovereignty, although its immediate rule remained in the hands of its prince-bishops. The reign of (1506-1538) coincides with the . During the , the diocese of Liège was split and progressively lost its role as a regional power. In the 17th century the prince-bishops came from the Bavarian family . They ruled over and other bishoprics in the northwest of the Holy Roman Empire as well.

18th century to World War I

The Duke of Marlborough captured the city from the Bavarian prince-bishop and his French allies in 1704 during the . In the middle of the eighteenth century the ideas of the French s began to be received at Liège; Bishop de Velbruck (1772-84), encouraged their propagation and thus prepared the way for the , which burst upon the episcopal city on . In the course of the , the French army took the city and imposed a harsh and strongly anticlerical regime, destroying the great cathedral of Saint Lambert. The overthrow of the prince-bishopric was confirmed in 1801 by the Concordat co-signed by and . France lost the city in 1815 when the awarded it to the . Dutch rule lasted only until 1830, when the led to the establishment of an independent, Catholic and neutral Belgium which incorporated Liège. After this, Liège developed rapidly into a major industrial city which became one of continental Europe's first large-scale steel making centres.

Liège's fortifications were redesigned by in the 1880s and a chain of twelve forts was constructed around the city to provide . This presented a major obstacle to 's army in 1914, whose relied on being able to quickly pass through the Meuse valley and the en route to France. The German invasion on , soon reached Liège, which was defended by 30,000 troops under General (see ). The forts initially held off an attacking force of about 100,000 men but were pulverised into submission by a five-day bombardment by the Germans' 42 cm Big Bertha s. Due to faulty planning of the ventilation of the underground defense tunnels beneath the main citadel, one direct artillery hit caused a huge explosion, which eventually led to the surrender of the Belgian forces. The Belgian resistance was shorter than had been intended, but the twelve days of delay caused by the siege nonetheless contributed to the eventual failure of the German invasion of France. The city was subsequently occupied by the Germans until the end of the war. Liège received the for its resistance in 1914.

World War II to the present

The Germans returned in 1940, this time taking the forts in only three days. Most Jews were saved, with the help of the sympathising population, as many Jewish children and refugees were hidden in the numerous monasteries. The German occupiers were expelled by the in September 1944 but Liège was subsequently subjected to intense aerial bombardment, with more than 1,500 V1 and V2 missiles landing in the city between its liberation and the end of the war.

After the war, Liège suffered from the collapse of its steel industry, which produced high levels of unemployment and stoked social tension. In January 1961, disgruntled workers went on a rampage and severely damaged the central railway station Guillemins. Liège is also known as a traditionally socialist city. In 1991, powerful Socialist , a former Deputy Prime Minister, was gunned down in front of his girlfriend's apartment. Many suspected that the assassination was related to a corruption scandal which swept the Socialist Party, and the national government in general, after Cools' death. Two men were sentenced to twenty years' jail each, in 2004, for involvement in Cools' murder.

Liège has shown some signs of economic recovery in recent years with the opening up of borders within the , surging steel prices, and improved administration. Several new shopping centres have been built, and numerous repairs carried out.

*The 16th century palace of the s of Liège is built on the Place St Lambert, where the old St Lambert cathedral used to stand before the . An archeological display, the "Archeoforum", can be visited under the Place St Lambert.
*The "perron" on the nearby Place du Marché was once the symbol of justice in the ry and is now the symbol of the city. It stands in front of the 17th century city hall.
*The cathedral of Saint-Paul contains a treasury and St Lambert’s tomb. It is one of the original seven es, which include the German-Romanesque St Bartholomew church ("Saint Barthélémy") and the church of St Martin.
*The church of Saint-James (Saint-Jacques) is probably the most beautiful medieval church in Liège. It is built in the socalled Flamboyant-Gothic style, the porch is early-Renaissance. The statues are by Liège sculptor .
*The main museums in Liège are: MAMAC (Museum of Modern & Contemporary Art), Museum of Walloon Life, and Museum of Walloon Art & Religious Art (). The is an elegantly furnished mansion from the 17th century along the Meuse River, which also houses an archeological collection.
*Other sites of interest include the historical city centre (the "Carré"), the Hors-Château area, the Outremeuse area, the parks and boulevards along the Meuse river, the , the 400 steps stairway "Montagne de Bueren", leading from Hors-Château to the Citadel, and the Guillemins train station designed by .

*"Le Quinze Aout" celebration takes place annually on in Outremeuse and celebrates the Virgin Mary. It is one of the biggest folkloric displays in the city with a religious procession, a flea market, dances, concerts, and a series of popular games. Nowadays these celebrations start a few days earlier and last until the 16th. Some citizens open their doors to party goers, and serve "peket", the traditional local alcohol. This tradition is linked to the important folkloric character "Tchantchès" (Walloon for "François"), a hard-headed but resourceful Walloon boy who lived during 's times. "Tchantchès" is remembered with a statue, a museum, and a number of puppets found all over the city.
*Liège hosts one of the oldest s in Belgium.

The city is well-known for its very crowded folk festivals. The 15th of August festival ("Le 15 août") is maybe the best known. The population gathers in a quarter named "Outre-Meuse" with plenty of tiny pedestrian streets and old yards. Many people come to see the procession but also to drink alcohol and beer, eat cabbage, sausages or pancakes or simply enjoy the atmosphere until the early hours. The festival around the 6th of December is organized by and for the students of the University; for 24 hours, the students (wearing very dirty lab-coats) are allowed to beg for money for drinking.

Liège is renowned for its significant nightlife. Within the pedestrian zone, there is an area (a 100 m by 100 m square called "Le Carré") with many lively pubs which are reputed to remain open until the last customer leaves (typically around 6 am). Another active area is the Place du Marché.

In Spring Liège also hosts the cycle race, the oldest of the . The circuit starts from the city of Liège, goes to the city of and returns to finish in the Liège suburb of . The second half contains most of the climbs in the race, such as the Stockeu, Haute-Levée, La Redoute, Saint-Nicolas and the Col de Forges.

Liège also has a particular Walloon dialect, sometimes said to be one of Belgium's most distinctive. There is a large Italian community, and Italian can be heard in many places. Knowledge of other 'local' languages (German and Dutch) is usually rather poor, while English is not widely spoken compared to other European cities.