DIN 1451 is a realist sans-serif typeface that is widely used for traffic, administration and business applications. It has been defined by the German standards body Deutsches Institut für Normung since 1936.

The DIN 1451 typeface is very legible and easy to reproduce. Both a medium and a narrow version are defined today; an older broad version is no longer used, but may still be encountered on some very old road signs in Germany. The typeface has gained popularity due to its wide exposure and has been also used by non-governmental organisations and businesses. For graphic design and desktop publishing, FSI FontShop International offers an extended version of this typeface called FF DIN.

The origins of this typeface go back to 1905, when the Königlich Preußische Eisenbahn-Verwaltung (Royal Prussian Railway Administration) standardized the lettering to be used on all its rolling stock in a design instruction known as Musterzeichnung (pattern drawing) IV 44. A number of the glyphs have since been changed, in particular those for "t", "6" and "9".

The article series "The history of the design of a contemporary typeface" provides more information about the origins of the typeface.

DIN 145 is a widely used standard typeface for traffic, administration, and business applications. In particular, it is the typeface commonly used on road and railway signage in Germany and a number of other countries. It was also used for many years on German car number plates, until replaced there in November 2000 by FE-Schrift, a font especially designed to make the plates more tamper-proof and to optimize automatic character recognition.

It consists of DIN 1451 MittelSchrift and the condensed DIN 1451 EngSchrift fonts.

It is a variant based on DIN 1451 Engschrift and Mittelschrift, designed by Akira Kobayashi of Linotype. Changes include fixing inconsistencies in the old fonts, rounded corners at terminals to emulate the machine cuts of the original fonts, altered terminal angles to reproduce the machine cuts of DIN 1451.

It is a rounded variant of the font family.

The family includes 4 fonts in 4 weights and 1 width, with no italics. OpenType features include old style figures, subscript/superscript, alternates.

The pre-1994 German number plate format (DIN-style), no longer issued but sometimes still in use. 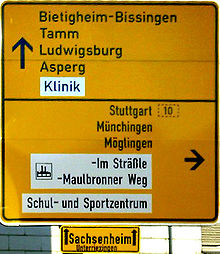 The series of articles "The history of the design of a contemporary typeface" in which Albert-Jan Pool published many of his findings on the history of the typefaces of DIN 1451 is a vault of references on this subject. The series was published in the e-magazine 'Encore', issues 13-15, 17-18. These are direct links to the articles.

This is an updated version of the series of articles in Encore Magazine that were published in 2004–2005.