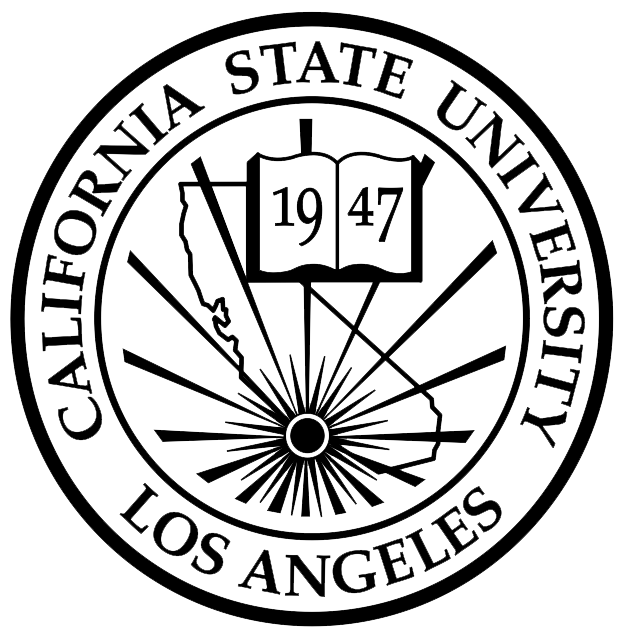 California State University, Los Angeles (also known as Cal State L.A., CSULA, or CSLA) is a , part of the system. The campus is located in , , , in the University Hills district at the center of Los Angeles just five miles (8 km) from Los Angeles civic and cultural center. It is located next to two major interstate highways: Interstate 10 and Interstate 710.

The convert|175|acre|km2|sing=on hilltop campus core is home to the nation's first Charter College of Education, a -funded SPACE program, a funded environmental research center and other award-winning engineering programs. U.S. News has ranked CSULA's undergraduate business program as one of the best in the Los Angeles area. The School of Nursing is considered to be one of the best in the state of California.

The Charter College of Education has awarded more teaching credentials in the state of California than any other public institution, and includes an innovative program designed to train teachers for the specific demands of urban schools. Cal State L.A. also has the nation's largest early/pre-teen collegiate program, and the only graduate Criminalistics program west of the Mississippi River. The Television, Film, and Media Studies program is one of the foremost film schools in the CSU system, coordinating film and TV production experiences with the neighboring film industry. The university awards more bachelor's degrees to s than any other California or . It is also among the highest of any college or university in the United States.

It is also home to the , a prestigious arts high school, notable for being the only arts high school in Los Angeles that allows for students from any district within Los Angeles County to attend. Classrooms are shared with Cal State L.A., however, LACHSA activities tend to be separate from those of Cal State L.A's. Notable LACHSA alumni include singer , actress . [ [http://www.lachsa.org LACHSA - Los Angeles County High School for the Arts ] ] actor/singer and renowned Los Angeles executive Ron "Country Club" Kobata.

The campus is nestled among rolling hills on a site that once housed one of 's 36 original adobes, built in 1776 by missionaries and destroyed by fire in 1908. These lands once were part of a Spanish land grant known as the Rancho Rosa Castilla, created by the family of Juan Batista Batz, a Basque rancher from northern who settled here in the 1850s. The inspiration for the name of the rancho, according to local historians, was the wild rose that once grew near the ranch home.

CSULA was founded in 1947 by an act of the California and opened for classes on what is now the campus of , itself the former location of (once the Los Angeles State Normal School), as the Los Angeles State College of Applied Arts and Sciences. P. Victor Peterson was LACC's first president. The shared-campus experiment proved to be unwieldy and the school moved to its present location in 1955. [ [http://www.lacitycollege.edu/public/75thAnniversary/75th_pages/history.htm LACC 75th Anniversary - History ] ]

In 1964 the school was renamed California State College at Los Angeles (CSCLA) when it became part of the California State College (CSC) system. In 1972, CSCLA was awarded University status and was renamed the California State University, Los Angeles (CSULA). The original mascot of the school was the Diablo. The theme was extended to student facilities such as the student union and book store, The Trident Shop. In 1980, new university President James Rosser adopted a new mascot, the Golden Eagle, designed to be more reflective of the campus' highly diverse community.

Campus Life and Cost of University

Cal State LA has one of the lowest tuition fees, even though quarterly fees have nearly doubled since the 2001-02 academic year. Tuition and fees for in-state is $3,035 and $11,171 for out-of-state. There are different places inside the campus where they serve food and coffee. In addition the university food court owned by , offers a selection of fast food chain restaurants that include , , Rice Garden and Kikka . Construction on a $30 million University-Student Union (U-SU) building has recently been completed, and the facility, scheduled to officially open at the start of the Fall quarter, September 2008, will offer a place for students and faculty to congregate and interact before or after class. It replaces the 1975 U-SU building that was closed down in 2004, due to seismic concerns. This new facility will house additional selection of fast food that will include and .

First on-campus housing was opened on June 1984 and three years later second residential life complex was opened. CSULA has a student housing complex where students can rent a house at double occupancy for $475.00 per month (as of July 2007). During that took place in CSULA student houses were upgraded and expanded because it housed the athletics of the 1984 Summer Olympics. [ [http://www.calstatela.edu/univ/housing/index.htm Housing ] ]

Cal State LA has ample parking spaces for its students and staff. Student permits for parking at Cal State LA cost about $90 (as of Summer 2008) for a one quarter parking permit.

Cal State LA is uniquely commuter friendly. There are several large parking structures, and surface lots for automobiles. In addition, the school is home to the first commuter rail station on a college campus, the Cal State L.A. station on Metrolink's San Bernardino Line, which opened in October 1994. The school is also accessible from the California State University, Los Angeles station on the ; both stations are located at the south end of the campus. lines 665, 71, and 256, as well as neighborhood shuttles serve the school.

In January 2007, "The University Times" changed its publication schedule from a twice weekly paper to a weekly paper, publishing on Tuesdays. The format change to a style similar to the alternative newspaper, LA Weekly, allowed for a greater number of pages to run and allow more in-depth coverage of news stories relevant to the student body and surrounding community.

During the Summer of 2007, the University Times underwent a transition period as the paper started a merger process with its new online presence, Cool State. The paper scaled back production to four issues at the end of the Summer quarter and began to gear up for a formal re-launching with the start of the Fall Quarter. The paper is currently published once a week on Thursday.

The College of Engineering, Computer Science, and Technology has achieved international recognition with its advanced vehicles. Team Solar Eagle has built three cars that competed in solar car races in the United States and Australia, winning a national championship at the American Solar Challenge in 1997. [http://www.calstatela.edu/academic/ecst/solareagle/ Watch video here]

The ultra-high gas mileage car "ECST Super Eagle" won the American ' 2004 mileage competition with a tested fuel consumption of 1,615 miles per gallon. The faculty team advisor, James Ettaro, was honored by the . The "Solar Eagle" and "Super Eagle" are the latest in a long line of solar-powered cars and other super-efficient vehicle technologies.

The school has had a growing forensic science program, which has been a part of the school curriculum since the founding of the school. The university’s Department of and is located in the new Los Angeles Regional . The new Hertzberg-Davis Forensic Science Center, which was dedicated on , , will jointly house the ’s Scientific Investigation Division, the L.A. County Sheriff's Department Scientific Services Bureau and the California Forensic Science Institute at Cal State L.A.

The University has several construction projects slated for the next five years. Construction on Wing A of the new science complex, which was constructed on the site of the university's former tennis and basketball courts, is expected to be completed by Winter of 2008. In addition, construction on Wing B has begun as of the Spring of 2007. The maintenance yard at the south entrance of the campus will be redesigned to replace the exiting shacks with one building.

Another building , in front of parking lot 5. The new building will house additional classrooms for the Los Angeles High School for Performing Arts. Construction on that building is set to begin sometime in 2009. Another building scheduled for construction is the , currently being built, will be located in the southern end of Parking Lot 2. The building will be up for the 2008-2009 school year.

Excluding the Greek Council and Order of Omega, as of Fall 2005, the CSULA Campus is home to fourteen “social” fraternal organizations, seven fraternities and seven sororities. Within that population there are three IFC fraternities, two NPHC fraternities, two statewide Latino fraternities, one Armenian fraternity, two NPC sororities, two NALFO sororities, two (2) local sororities, Alpha Theta Pi, Delta Phi Sigma, and one statewide Asian sorority. The representative governing body of the Greek system is the CSULA Greek Council. It is advised and regulated by the university through the Center for Student Involvement, a division of CSULA’s University-Student Union. This division is under the auspices of both the University-Student Union and the Department of Student of Affairs. Cal State L.A.’s Greek System began with the establishment of the Sorority on , . It has grown into a vast social network of collegiate men and women composed of chapters that are local, statewide, national, and international.


, , and are the nationally and internationally based social fraternities of the Cal State L.A. Greek System, otherwise known as the "IFC Fraternities". The parent organizations of Sigma Nu, Phi Sigma Kappa, and Sigma Alpha Epsilon are members of the . and are the sorority equivalencies of the IFC fraternities, otherwise known as "NPC Sororities". Their parent organizations are members of the , a governing body for 26 women's national and international sororities.

and are the Black Greek-letter fraternities on the CSULA campus, also known as NPHC fraternities. and are the Black Greek Sororities on CSULA, also known as NPHC sororities. Their parent organizations are members of the . It promotes interaction through forums, meetings and other mediums for the exchange of information and engages in cooperative programming and initiatives through various activities and functions.

* - astronaut (Columbia and Endeavour), astrophysicist and educator
* - during Project Apollo, Author and Space Historian.
* - current and former interim /President of the & the first black American to lead a major company
* - current president of
* - of Los Angeles County
* - mathematician and teacher
* - , science fiction
* - novelist and bestselling
* - Bishop of the Episcopal Diocese of Los Angeles 2002 - current

* - longest-running in the history of American television.