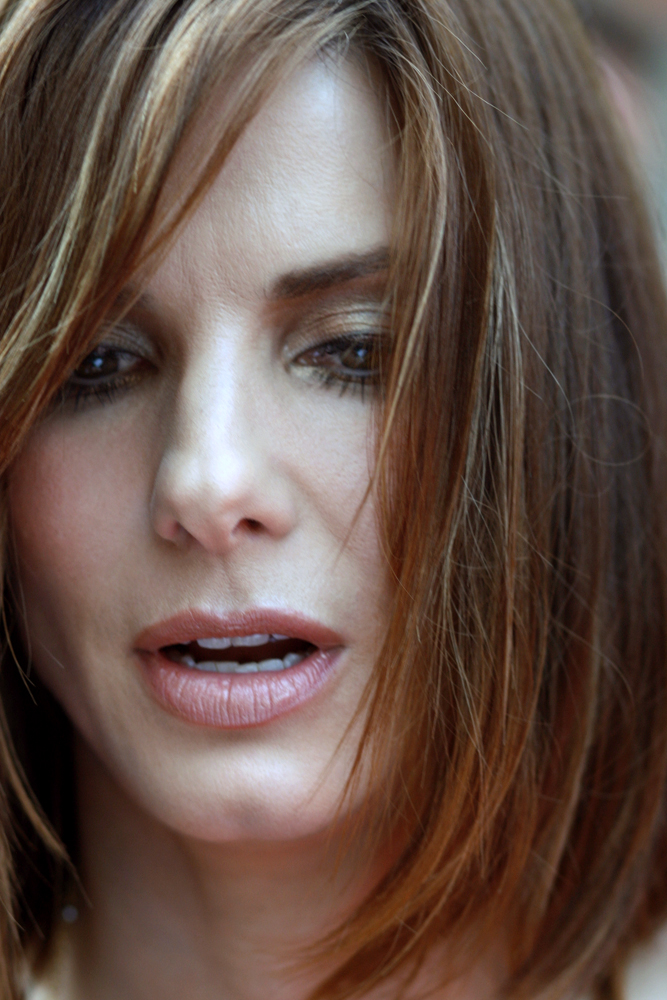 Bullock was born in , the daughter of Helga D. Meyer, a German singer, and John W Bullock, a Pentagon contractor, executive and part-time vocal coach from . [ [http://freepages.genealogy.rootsweb.com/~battle/celeb/bullock.htm "Sandra Bullock genealogy"] . Rootsweb.com.] [ [http://www.filmreference.com/film/84/Sandra-Bullock.html "Sandra Bullock Biography (1964-)"] . FilmReference.com.] Bullock's maternal grandfather was a rocket scientist from , . On her father's side, she is descended from a prominent family in early Alabama history for whom is named. Bullock lived in Nuremberg until age twelve, where she sang in the opera's children's choir at the "Staatstheater Nürnberg".

Bullock attended where she was a cheerleader, participated in high school theater productions and dated a football player.

Bullock later completed her coursework and was awarded a bachelor's degree from East Carolina University.

While in New York, Bullock took acting classes at the . She had appeared in several student films and had later landed a role in an Off-Broadway play "No Time Flat".

One of Bullock's first notable movie appearances was in the science-fiction/action movie, "Demolition Man" (1993), which had starred Sylvester Stallone and Wesley Snipes. This role then led to her break-through performance in "Speed" the following year. She became a high-level movie star in the late 1990s, carrying a string of successes, including "" (replacing actress , who was originally scheduled to star), and "Miss Congeniality". Bullock received 11 million dollars for ""

Bullock was selected as one of "People" magazine's 50 Most Beautiful People in the World in 1996 and 1999, and was also ranked #58 in "Empire" magazine's Top 100 Movie Stars of All Time list. She was presented with the 2002 Award for Excellence

In 2004, Bullock had a supporting role in the film "Crash". She received positive reviews for her performance, with some critics suggesting that it was the best performance of her career.Fact|date=December 2007 Bullock later appeared in "The Lake House", a romantic drama also starring her "Speed" co-star, ; it was released on June 16, 2006. Because their film characters are separated throughout the film (due to the plot revolving around ), Bullock and Reeves were only on set together for two weeks during filming.

Bullock currently runs her own production company, Fortis Films. Her sister, Gesine Bullock-Prado, is president of the company and her father, John Bullock, is its .

Bullock was once engaged to actor whom she met while filming "Love Potion No. 9". Their relationship lasted four years.

Bullock married motorcycle builder and "" host Jesse James on July 16, 2005. They met when Bullock arranged for her ten-year-old godson to meet James as a Christmas present. On her husband and her marriage, Bullock has commented:

"So basically through a courtship of letters... I learned about a human being. It was not something I wanted, needed, or looked for, but because he was a stronger person than I was, spiritually and on a tolerance level, I was lucky enough that he educated me... I always thought of marriage as a death sentence, that there'd be a ball and chain, and you'd be told, "You need to stop doing these things and become a good little wife." Now people say "Oh my God you're going to have sex with one person the rest of your life!" I hope I have sex with him for the rest of my life - because I like it!"

On December 20, 2000, Bullock survived the crash of a chartered business jet at Airport. The aircraft hit a snowbank instead of the runway, resulting in both the nose gear and nose cone being ripped off, the right wing partially separated from the aircraft and the left wing bent back. When the occurred, Bullock was staying at the Soho Grand hotel, twelve blocks from the . She saw the attacks from her hotel bedroom window and went to a nearby hospital to offer help. As all phone lines in were down, she spent the rest of the day using her to send s on behalf of patients wanting to contact their families.

Bullock has twice donated $1 million to the , first to its Liberty Disaster Relief Fund and four years later in response to the 2004 Indian Ocean earthquake and tsunamis.

In October 2004, Bullock won a multimillion dollar judgment against Benny Daneshjou, the builder of her mansion; the jury ruled the house was uninhabitable. It has since been torn down and rebuilt, and her replaced by a .

She has a scar in the corner of her left eye which she received as a child when she fell into a lake and cut her head on a rock.

On April 22, 2007, a woman was lying outside James and Bullock's Southern California home in Orange County. When James confronted the woman, she ran inside her 2004 silver Mercedes and tried to run him over 3 to 4 times. The woman is said to be an obsessed fan of Sandra Bullock. The woman, Marcia Diana Valentine, was arrested on investigation of assault with a deadly weapon. [Lee, Ken. [http://www.people.com/people/article/0,,20036964,00.html "Cops: Woman Tried to Kill Sandra Bullock's Husband."] People.com. April 26, 2007.] In May, Bullock won a three-year restraining order against the woman. Valentine pleaded not guilty to charges of aggravated assault and stalking. [ [http://www.londonnet.co.uk/entertainment/2007/jun/6124_20070613.php Stalker denies attempt to run over Sandra Bullock's husband] , "LondonNet", June 13, 2007. Accessed on 2008-01-29.]