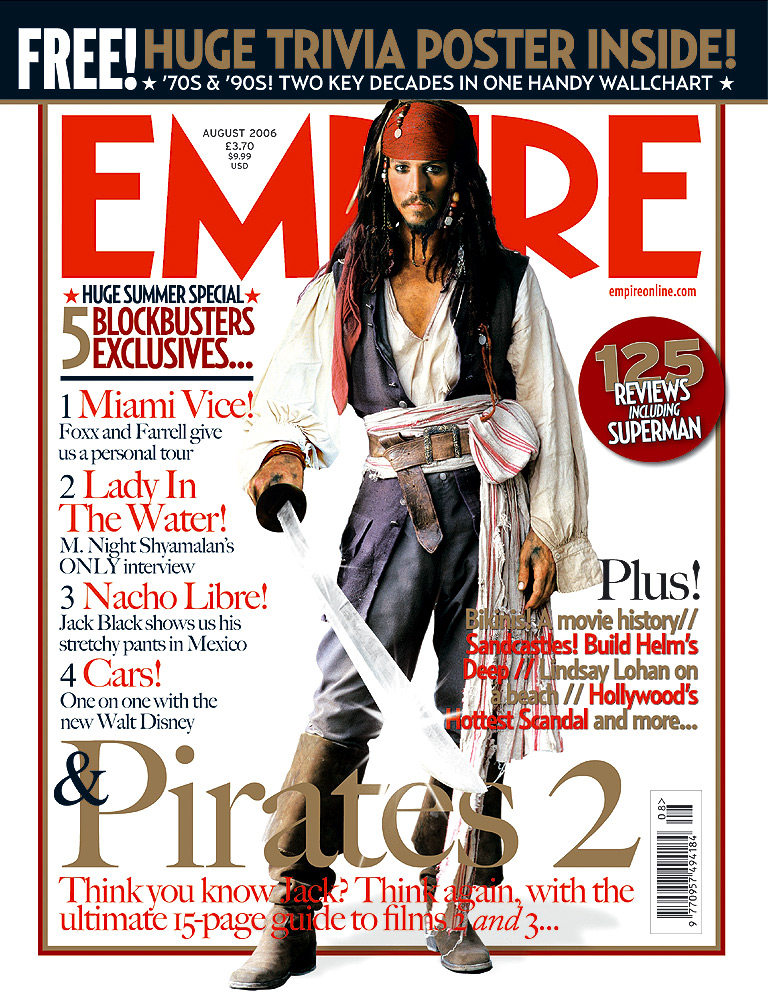 "Empire" is a British published ly by Bauer Consumer Media. From the first issue in July 1989, the magazine was published by until Bauer purchased Emap Consumer Media in early 2008. It is the biggest selling film magazine in Britain, consistently outselling its nearest market rival "" and is also published in , and . "Empire" organises the annual which are voted for by readers of the magazine.

In common with most British film magazines, "Empire" is populist in both approach and coverage unlike less irreverent and more serious magazines such as "". It reviews both mainstream films, including Hollywood fare, and s, but feature articles concentrate on the former. The magazine occasionally produces themed issues around subjects such as "" and "sex in film".

As well as film news, previews and reviews, "Empire" has some unique regular features. Each issue (with the exception of issues 108 - 113) features a "Classic Scene", a transcript from a notable film scene. The first such classic scene to be featured was the "I could have been a contender" scene from "".

The regular "Top 10" feature lists "Empire"'s choice of the top ten examples of something film-related. For example "10 Best Chase Scenes" or "10 Best Movie Gags in ". Readers are encouraged to write in if they disagree with the choices made.

The "At Home" section covers news and releases; "Empire"'s editors consider this section to be of sufficient quality to term it a magazine in itself, which is also relevant to the growth and importance of the DVD market, where sales can often outstrip that of box-office.

"Pint of Milk" presents celebrities' answers to silly or unusual questions, including the question "How much is a pint of milk?" This is intended as a guide to the Chosen Celebrity's contact with reality, and as such can be more informative than a direct interview, often reporting some surprising responses.

Each magazine includes a "Spine Quote", in which a relatively challenging quote is printed on the spine of the magazine. There are usually some obvious and obscure links from the quote to the main features of that month's edition. Readers are invited to identify the film source and the links to win a prize.

"Kim Newman's DVD Dungeon" is a regular feature in the "At Home" section, in which critic reviews the most obscure releases, mostly low budget horror movies.

A regular feature since issue 167, the masterpiece feature is a two page essay on a film selected by Empire in the At Home section. The selection of the films seem to be quite random and follow no specific pattern. Only a few issues since the first masterpiece feature have not featured one - 169, 179, 196, 197 and 198.

The films to feature in this section so far are:

As part of its 18th birthday issue published in June 2007 "Empire" published a list of top 18-rated moments in film. This list is as follows:

Empire occasionally poll readers to find out what their favourite films are.

The entire list can be found at [http://www.empireonline.com/500 Empire]

In June 2005, of poll of 10,000 readers was asked to name the greatest film director of all time. In a list of twenty directors, was granted the honour of greatest director, while the total list was: