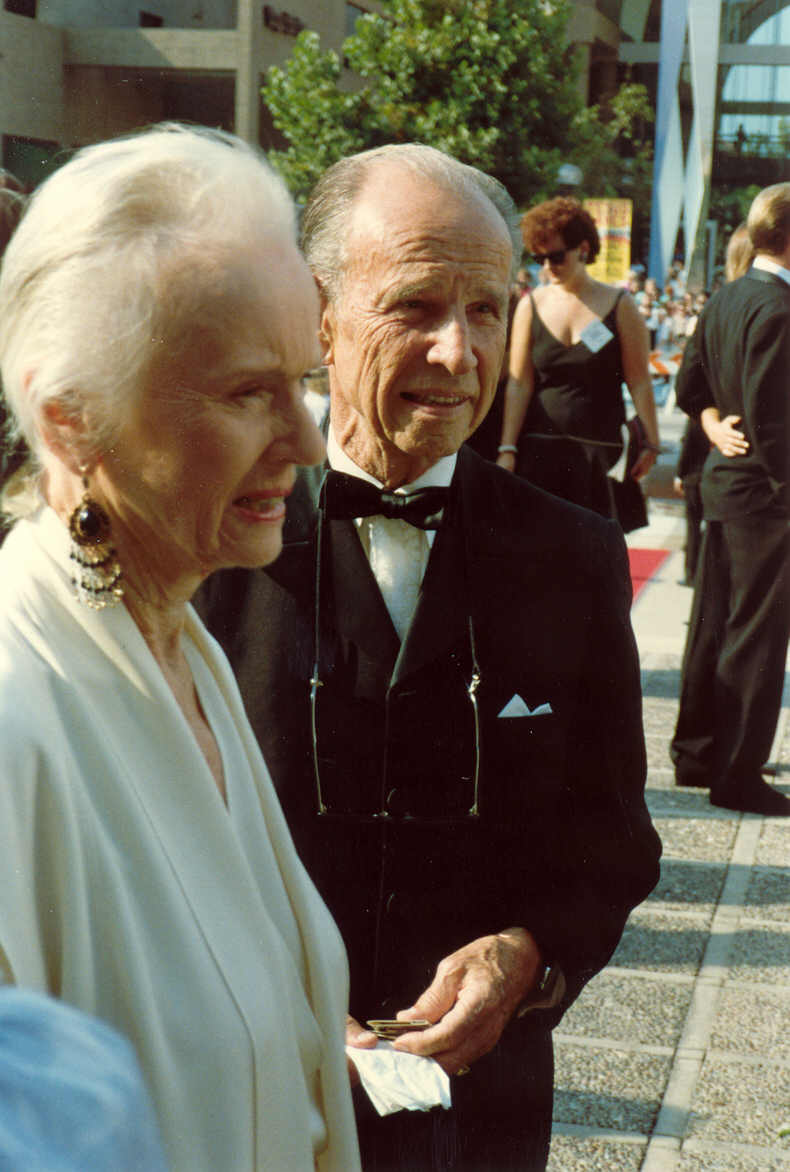 Hume Blake Cronyn, OC (, – , ) was a Canadian-American of stage, and screen who enjoyed a long career, often appearing professionally with his second wife, .

Cronyn, one of five children, was born in London, , , the son of Frances Amelia (née ), an heiress of the brewing company of the same name, and her husband, Hume Blake Cronyn, Sr,, a businessman and a Member of Parliament for London (and for whom the "Hume Cronyn Memorial Observatory" and asteroid (12050) "Humecronyn" are named). His paternal grandfather Verschoyle Cronyn was the son of the Right Reverend , an Anglican cleric of stock who served as first bishop of the Anglican diocese of Huron, and founder of Huron College from which grew the . His great-uncle Benjamin Jr was both a prominent citizen and early mayor of London, Ontario. Benjamin Jr was later indicted for fraud and fled to Vermont. During his tenure in London he built a mansion called Oakwood, which currently serves as the head office of the "Info-Tech Research Group". Cronyn was also a cousin of Canadian-born theater producer, .

Early in life, Cronyn was an boxer, having the skills to even be nominated for the 1932 Canadian Olympic Boxing Team.

His family had hoped he would pursue a law career, but subsequent to graduating from , Cronyn switched majors, from pre-law to drama, while attending , and continued his acting studies thereafter, under Max Reinhardt and at the . In 1934, he made his Broadway debut as a janitor in "Hipper's Holiday" and became known for his versatility, playing a number of different roles on stage.

Cronyn was married to actress from 1942 until her death in 1994, and appeared with her in many of their more memorable dramatic stage, film and TV outings, including "The Green Years", "", "Foxfire", "", "Cocoon" and "".

The couple even starred in a short-lived (1953&ndash;1954) radio series, "The Marriage" (based on their earlier Broadway play, "The Fourposter"), playing New York attorney Ben Marriott and his wife, former fashion buyer Liz, struggling with her switch to domestic life and their raising an awkward teenage daughter (future star ). The show was scheduled to move from radio to television, with Cronyn producing as well as acting in the show. However, Tandy - according to the Internet Accuracy Project - suffered a miscarriage and the project had to be shelved.

Cronyn turned up on the infamous for a spell - not because of his own political activity (Cronyn was long believed to shy away from political activism) - but because he had hired, often without caring about their politics, staff members who had already been blacklisted.

In 1988, he was made an Officer of the . Cronyn was inducted into Canada's Walk of Fame in 1999. [ [http://www.canadaswalkoffame.com/inductees/99_hume_cronyn.xml.htm Canada's Walk of Fame: Hume Cronyn, actor ] ] He died at age 91 of at his home in Fairfield, , after having lived for many years in nearby Pound Ridge, .