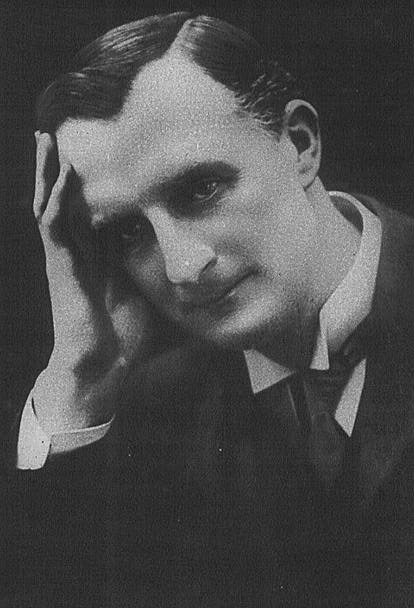 Grey was the eldest of the seven children of Colonel George Henry Grey and Harriet Jane Pearson, daughter of Charles Pearson. His grandfather Sir George Grey, 2nd Baronet, of Fallodon, was also a prominent Liberal politician, while his great-grandfather , of , was the second son of , and the younger brother of Prime Minister .

Grey attended from 1873 until 1876. Whilst at the school Grey's father died unexpectedly in December 1874 and his grandfather assumed responsibility for his education sending him to in 1876 where his head of house was William Palmer who had been at Temple Grove. Grey would later have official relations with Palmer when, as Lord Selborne, he served as High Commissioner in South Africa.

Grey went up to in 1880 to read Greats. Apparently an indolent student he was tutored by during the vacations and managed a second in Mods. Grey subsequently became even more idle using his time to become university champion at . In 1882 his grandfather died and he became Sir Edward Grey inheriting an estate of about 2,000 acres and a private income.

Returning to Oxford in the autumn of 1883 Grey switched to studying in the belief that it would be an easier option but by January 1884 he had been sent down but allowed to return to sit his finals. Grey returned in the summer and achieved a third.

Grey left university with no clear career plan and in the summer of 1884 he asked a neighbour Lord Northbrook at the time First Lord of the Admiralty to find him "serious and unpaid employment". Northbrook recommended him as a private secretary to his kinsman Sir Evelyn Baring the British consul general to Egypt who was attending a conference in London.

Grey had shown no particular interest in politics whilst at university but by the summer of 1884 Northbrook found him "very keen on politics" and after the Egyptian conference had ended found him a position as an unpaid assistant private secretary to the .

Grey was selected as the Liberal Party candidate for Berwick-upon-Tweed where his Conservative opponent was the sitting member Earl Percy. Grey interrupted his campaign in October 1885 to marry Dorothy Widdrington whom he had met the previous winter.

At 23, Grey was returned as the youngest MP in the new House.

Grey retained his seat in the 1892 election with a majority of only 442 votes and to his surprise was made Parliamentary by Gladstone (albeit after his son Herbert had refused the post) under Lord Rosebery. Grey would lated claim that at this point he had had no special training, nor paid special attention to foreign affairs. [Viscount Grey, "Twenty Five Years, 1892-1916" (London, 1925) p.1.]

Grey would later date his first suspicions of future Anglo-German disagreements to his early days in office after Germany sought commercial concessions from Britain in the in return for support for the British position in Egypt. "It was the abrupt and rough peremtoriness of the German action that gave me an unpleasant impression" not, he added, that the German position was at all "unreasonable", rather that the "method... was not that of a friend." ["ibid" p.10.] With hindsight, he argued in his memoirs, "the whole policy of the years from 1886 to 1904 [might] be criticized as having played into the hands of Germany". ["ibid" p.33.]

1895 statement on French expansion in Africa

Prior to the Foreign Office vote on 28 March 1895 Grey asked Lord Kimberley (he had replaced Rosebery as Foreign Secretary when he became Prime Minister in 1895) for direction as to how he should answer any question about French activities in West Africa. According to Grey, Kimberley suggested "pretty firm language" ["ibid" p.18.] . In fact West Africa was not mentioned but when pressed on possible French activities in the Nile Valley Grey stated that a French expedition "would be an unfriendly act and would be so viewed by England" [ Quoted in "ibid" p.20.] According to Grey the subsequent row both in Paris and in Cabinet was made worse by the failure of to record that his statement referred explicitly to the Nile Valley and not to Africa in general. ["ibid" p.20.] The statement was made before the dispatch of the Marchand expedition (indeed he believed it might have actually provoked it) and as Grey admits did much to damage future Anglo-French relations. ["ibid" p.21.]

The Liberal Party lost a key vote in the House of Commons on and Grey was amongst the majority in his party that preferred a dissolution to continuing. He seems to have left office with few regrets noting "I shall never be in office again and the days of my stay in the House of Commons are probably numbered. We" [he and his wife] "are both very glad and relieved...." [E & D Grey, "Cottage Book, Itchen Abbas, 1894-1905" (London, 1909) entry of 22/23 June 1985.] The Liberals were heavily defeated in the subsequent General Election although Grey added 300 votes to his own majority. [Keith Robbins, "Sir Edward Grey. A Biography of Lord Grey of Fallodon" (London, 1971) p.56.]

Grey was appointed Secretary of State for Foreign Affairs, taking office on , and was then easily returned in the 1906 election. He was to hold office for 11 years to the day, the longest continuous tenure in this office.

As early as 13 December 1905 Grey had assured the Russian Ambassador that he supported the idea of an agreement with Russia. [ Beryl Williams, "Great Britain and Russia, 1905 to the 1907 Convention" p.133, in F.H. Hinsley (ed.), "British Foreign Policy Under Sir Edward Grey" (Cambridge, 1977) ] Negotiations began soon after the arrival of Sir Arthur Nicolson the new British Ambassador in June 1906. In contrast with the previous Conservative government that had seen Russia as a potential threat to the empire, Grey's intention was to re-establish Russia "as a factor in European politics" [Quoted in "ibid" p.134.] on the side of France and Great Britain in order to maintain a balance of power in Europe [Interestingly Grey claimed that to the best of his recollection he had never used the phrase "balance of power", never consciously pursued it as a policy and was doubtful as to its precise meaning. Viscount Grey, "Twenty Five Years 1892-1916" (London, 1925) pp.4-5.]

Grey did not welcome the prospect of a renewed crisis over Morocco: he worried that it might either lead to a re-opening of the issues covered by the Treaty of Algeciras or that it might drive into alliance with . Initially Grey tried to restrain both France and Spain but by the Spring of 1911 he had failed on both counts. Grey believed that whether he liked it or not his hands were tied by the terms of the "Entente cordiale".

The despatch of the German gunboat Panther to served to strengthen French resolve and, because he was determined to both protect the agreement with France and also to block German attempts at expansion around the , it pushed Grey closer to France. Grey however tried to calm the situation merely commenting on the "abrupt" nature of the German intervention and insisting that Britain must participate in any discussions about the future of Morocco.

In on 4 July Grey accepted that the UK would oppose any German port in the region, any new fortified port anywhere on the Moroccan coast and that Britain must continue to enjoy an 'open-door' for its trade with Morocco. Grey at this point was resisting efforts by the to support French intransigence. By the time a second cabinet was held on 21 July Grey had adopted a tougher position suggesting that he propose to Germany that a multi-national conference be held and that were Germany to refuse to participate "we should take steps to assert and protect British interests". [ Quoted in M.L. Dockrill, "British Policy During the Agadir Crisis of 1911" p.276. in F.H. Hinsley (ed.), "British Foreign Policy Under Sir Edward Grey" (Cambridge, 1977 ]

Although his activist foreign policy, which relied increasingly on the Entente with France and Russia, came under criticism from the radicals within his own party, he maintained his position because of the support of the Conservatives for his "non-partisan" foreign policy.

In 1914, Grey played a key role in the July Crisis leading to the outbreak of . His attempts to mediate the dispute between and by a "Stop in " came to nothing due to the tepid German response. He also failed to clearly communicate to Germany that a breach of the treaty not merely to respect but to protect the neutrality of Belgium — of which both Britain and Germany were signatories — would cause Britain to declare war against Germany. When he finally did make such communication German forces were already massed at the Belgian border and Helmuth von Moltke convinced it was too late to change the plan of attack. Thus when declared war on (3 August) and broke the treaty by invading (4 August), the British Cabinet voted almost unanimously to declare war on , .

Following the declaration of Grey found that British foreign policy was constrained by mainly military events that were outside his control.

Italian entry into the war 1915

Relations with the USA

During the war Grey, along with the Marquess of Crewe was also instrumental in forcing an initially reluctant ambassador Cecil-Spring Rice to raise the issue of the to the American Government that ultimately led to the unfolding of the entire plot.

He maintained his position as Foreign Secretary when the Conservatives came into the government to form a coalition in May 1915, but when the Asquith Coalition collapsed in December of the following year and became Prime Minister, Grey went into opposition.

In an attempt to reduce his workload he left the House of Commons for the in July 1916. becoming "Viscount Grey of Fallodon"', a title which would become extinct with his death.

Ambassador to the USA

Liberal Leader in the House of Lords

Grey continued to be active in politics despite his near blindness, serving as Liberal Leader in the Lords from 1923 until his resignation on the grounds that he was unable to attend on a regular basis shortly before the 1924 election. He was a member of the Coefficients dining club of social reformers set up in 1902 by the Fabian campaigners Sidney and .

Grey was an avid ornithologist - indeed one of the best known photographs of him shows him with a Robin perched on his hat.

He is probably best remembered for a remark he supposedly made to a friend one evening just before the outbreak of the First World War, as he watched the lights being lit on the street below his office: "The lamps are going out all over Europe; we shall not see them lit again in our lifetime." [ [http://www.britannica.com/eb/article-9038083/Sir-Edward-Grey-3rd-Baronet Sir Edward Grey, 3rd Baronet] Article. Other common versions of the quote are