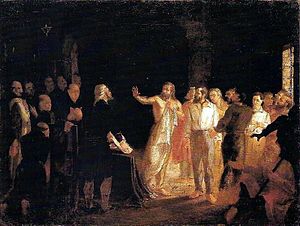 Response of Joaquim José da Silva Xavier, known as Tiradentes, to the commutation of the rebels' punishment. 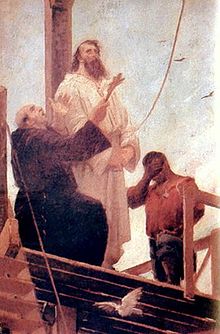 It was a result of the confluence of external and internal causes. The main external cause was the repercussions in this Portuguese colony of the independence, in 1776, of the thirteen British colonies in North America, a development that particularly impressed the intellectual elite living in the captaincy of Minas Gerais. The main internal cause of the conspiracy was the decline of gold mining in that captaincy. As gold became less plentiful, the region's gold diggers faced increasing difficulties in fulfilling tax obligations to the crown. When the captaincy could not satisfy the royal demand for gold, it was burdened with an additional tax on gold, called derrama.

Conspirators seeking independence from Portugal planned to rise up in rebellion on the day that the derrama was instituted. However, the conspirators lacked both well-formed plans and an overall leader. Some of the conspirators were republicans, others were monarchists. Some favored the abolition of slavery while others judged abolition as impractical at that time. The conspirators did put forth a few economic and social ideas: the promotion of cotton production, the exploitation of iron and saltpeter reserves, a proposal to give incentives to mothers to have many children, and the creation of a citizens' militia.

The conspiracy attracted a great number of military personnel, priests, and intellectuals, as well as the poets Cláudio Manuel da Costa and Tomás Antônio Gonzaga (1744-1807?). Among the best known participants were Joaquim José da Silva Xavier, best known as "Tiradentes"; José Álvares Maciel philosopher and chemistry student, and Lieutenant Colonel Francisco de Paula Freire de Andrade (1756-1792) of the regiment of the dragoons. Tiradentes, who came from Andrade's regiment, was the independence movement's most enthusiastic propagandist.

The Inconfidência was inspired by the ideals of the French liberal philosophers of the Age of Enlightenment and the successful American Revolution of 1776. The conspirators largely belonged to the white upper class of minerals-rich Minas Gerais. Many had studied in Europe, especially in the University of Coimbra, and some had large debts with the colonial government. In the context of declining gold production, the intention of the Portuguese government to impose the obligatory payment of all debts (the derrama) was a leading cause behind the conspiracy. The conspirators wanted to create a Republic in which the leader would be chosen through democratic elections. The capital would be São João Del Rei, and Ouro Preto would become a university town. The structure of the society, including the right to property and the ownership of slaves, would be kept intact. Eventually, three participants in the independence movement revealed the conspirators' plans to the government and the rebels were arrested in 1789. One of the informants was Joaquim Silvério dos Reis (1756-1792). Among the movement was also the lawyer Alvarenga Peixoto that would adhere to the unsuccessful 1789 Minas Conspiracy, alongside the poets Tomás Antônio Gonzaga and Cláudio Manuel da Costa, the priest José da Silva de Oliveira Rolim and the alférez Joaquim José da Silva Xavier (a.k.a. "Tiradentes"). After Joaquim Silvério dos Reis, a member of the conspiracy, delated the movement before it could take place, Peixoto was captured, arrested and sent to exile in the city of Ambaca, in Portuguese Angola, Africa, another colony of the Portuguese Empire, where he lived until the end of his life.

Judicial proceedings against the conspirators lasted from 1789 to 1792. Lieutenant Colonel Francisco de Paula Freire de Andrade, Tiradentes, José Álvares Maciel, and eight others were condemned to the gallows. Seven more were condemned to perpetual banishment in Africa, the rest were acquitted. Following the trial Queen Maria I commuted the sentences of capital punishment to perpetual banishment for all except those whose activities involved aggravated circumstances. That was the case for Tiradentes, who took full responsibility for the conspiracy movement and was imprisoned in Rio de Janeiro, where he was hanged on 21 April 1792. Afterwards, his body was torn into pieces, which were sent to Vila Rica in the captaincy of Minas Gerais, to be displayed in the places where he had propagated his revolutionary ideas. The anniversary of his death is celebrated as a national holiday in Brazil.