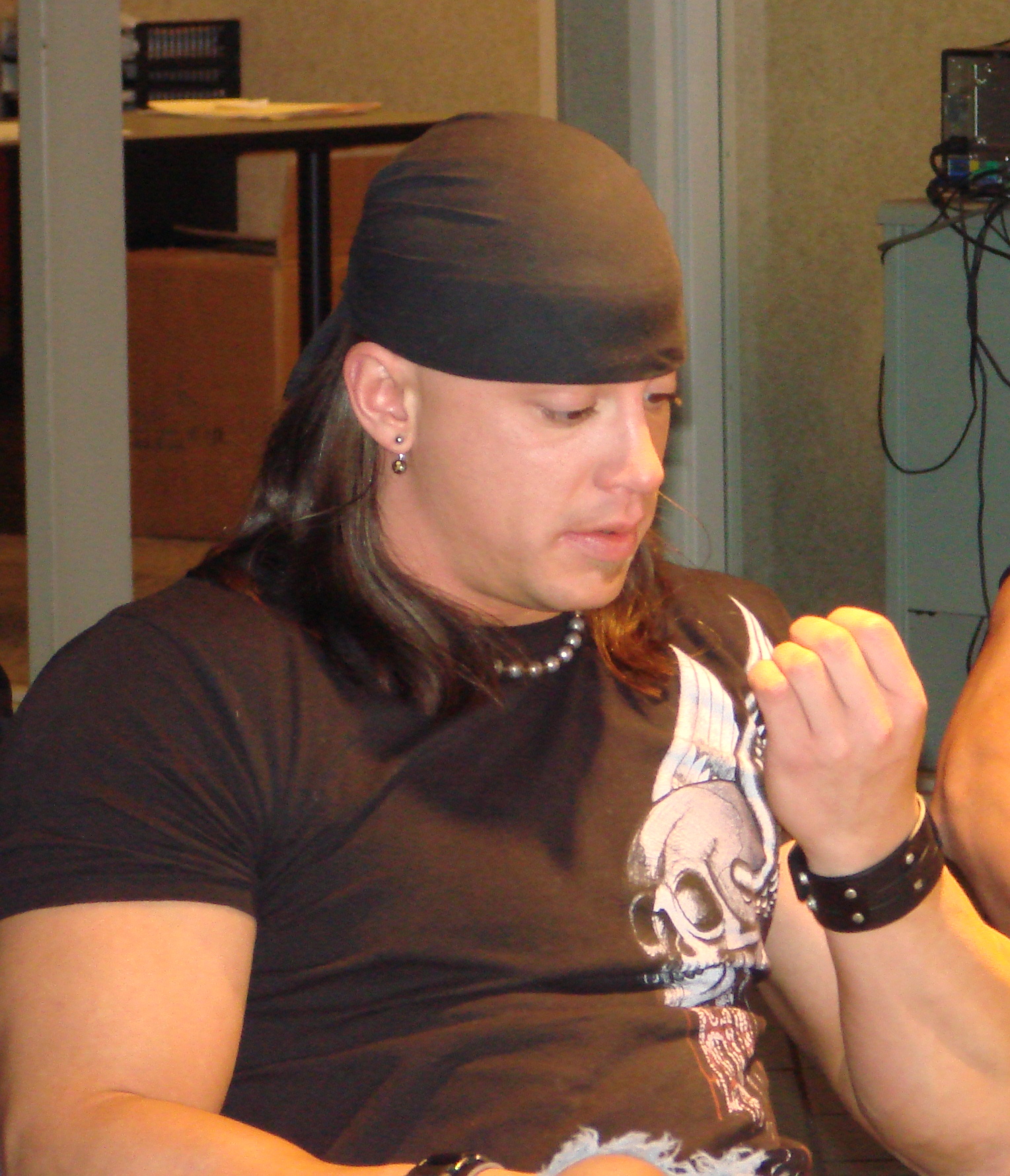 Andy Douglas was trained by Killer Kurt in his home state of . After completing his training, Douglas traveled to and began working for NWA Main Event, where he teamed with Rick Santel. He then moved on to USA Championship Wrestling, where he formed a heel tag team with , turning on Santel. They considered the name Natural Heat before choosing The Naturals while on a trip. They were managed by Athena, then by April Pennington.

The Naturals worked for Jerry Lawler's promotion in in 2003. They were renamed The Alternative Express, a gothic team who wore black clothing and painted their fingernails. In October 2003 they faced America's Most Wanted on the NWA fifty-fifth anniversary show.

The Naturals managed to retain their title in a feud with Triple X, but eventually lost the title on when Chris Harris (from America's Most Wanted) and (from Triple X) formed an impromptu pairing and defeated them when their respective partners ( and ) were injured.

On , , Douglas was stabbed while leaving a nightclub along with fellow wrestler . Douglas was bleeding from the leg and Devine from the stomach, prompting both to be rushed to the hospital. Douglas returned to the ring soon after.

In 2005 the Naturals gained a new manager, . Candido eventually led the Naturals to a second NWA Tag Team Championship victory against America's Most Wanted on , , filmed prior to but airing shortly after his death. Following the sudden death of Candido as a result of a blood clot, The Naturals became de facto faces.

On , at TNA Slammiversary 2005 the Naturals were assisted in a title defense against Team Canada by . They were managed by Hart throughout mid-2005, with their reign ending on the episode of TNA iMPACT! when they lost to America's Most Wanted following interference from and . They were defeated by AMW in their rematch at TNA Bound for Glory 2005 on , again following interference from Kim.

In April 2006, Douglas was the first victim of a rampage by . While Steiner's partner, , took out Chase Stevens, Steiner brutalized Douglas with a chair before putting him in a Steiner Recliner. Douglas disappeared from TNA television to sell the injury, then returned on the episode of TNA iMPACT! to rescue Chase Stevens from . The now "Newly Franchised Naturals" are managed by and are beginning a new debut in the tag team division. At TNA Victory Road 2006 The Naturals defeated the . On the , edition of TNA iMPACT!, they defeated & . Their match at TNA Hard Justice 2006, was canceled due to a . On the , edition of TNA iMPACT!, defeated Chris Harris, , & in a Fatal Fourway to become the # 1 Contenders for the . On the , edition of TNA iMPACT!, They lost to and were stripped of their # 1 Contendership by . However, The Naturals redeemed themselves by winning an 8-team Triple Chance Battle Royal at No Surrender. Prior to the match, if The Naturals lost, Shane's "experiment" with The Naturals would end. On the December 21 episode of iMPACT! after The Naturals lost a Tables Match to Team 3D, Douglas turned his back on them, saying "This experiment is over."

At the TNA House Show in Birmingham, Alabama on January 20, 2007, Andy Douglas was injured in a match between The LAX and The Naturals. He landed on the back of his neck after a Border Toss from Hernandez. He appeared on February 8, 2007 edition of TNA and came to Chase Stevens' aid but was attacked by .

According to Douglas's Myspace, himself along with Naturals partner , were suppose to wrestle a on the , "Raw". But the try out match was canceled after WWE gained knowledge that Douglas had posted information on the match. On the , "SmackDown", Douglas, Stevens and Luke Hawx were in a handicap match against the Big Show.