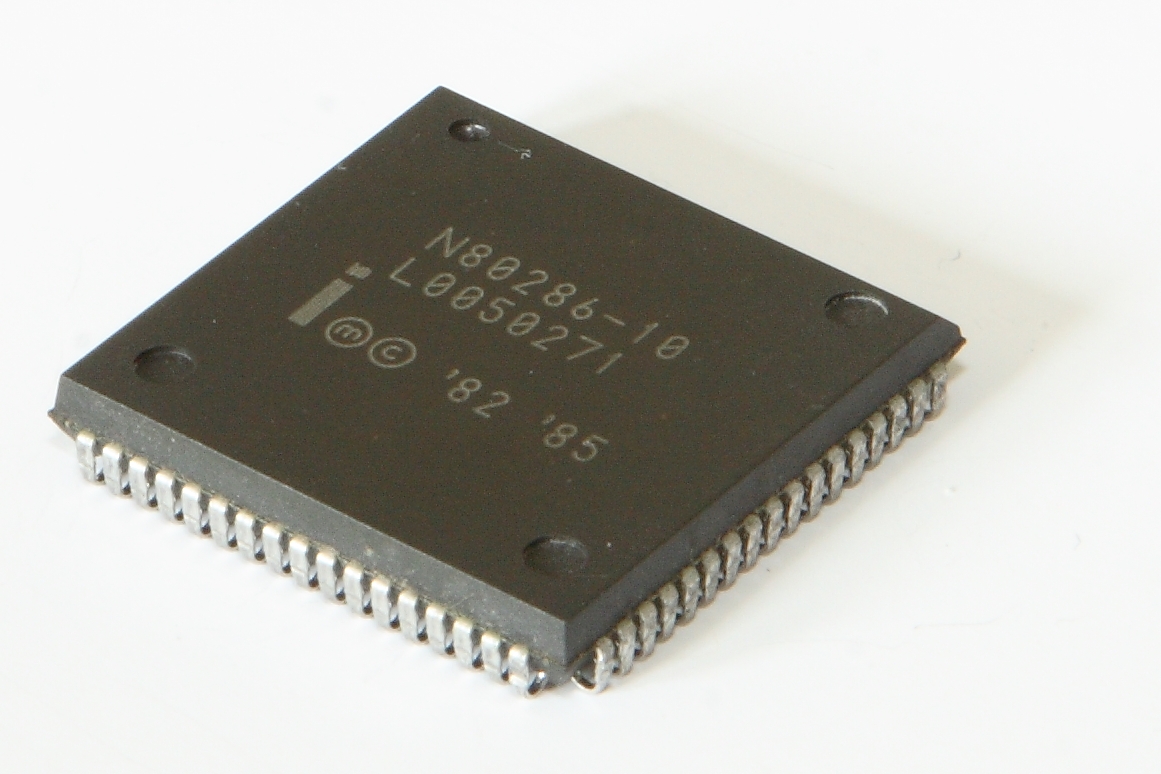 It was widely used in s during the mid to early .

The 80286's performance was more than twice that of its predecessors (the and ) per . In fact, the performance increase per clock cycle of the 80286 over its immediate predecessor may be the largest among the generations of x86 processors. Calculation of the more complex s (such as base+index) had less clock penalty because it was performed by a special circuit in the 286; the 8086, its predecessor, had to perform effective address calculation in the general ALU, taking many cycles. Also, complex mathematical operations (such as MUL/DIV) took fewer clock cycles compared to the 8086.

Having a 24-bit address bus, the 286 was able to address up to 16 MB of RAM, in contrast to 1 MB that the 8086 could directly access. While could utilize this additional RAM () via call (INT 15h, AH=87h), or as , or of , cost and initial rarity of software utilizing extended memory meant that 286 computers were rarely equipped with more than a megabyte of RAM. As well, there was a performance penalty involved in accessing extended memory from real mode, as noted below.

The 286 was designed to run multitasking applications, including communications (such as automated PBXs), real-time , and systems.

The later E-stepping level of the 80286 was a very clean CPU, free of the several significant errata that caused problems for programmers and operating system writers in the earlier B-step and C-step CPUs (common in the AT and AT clones).

An interesting feature of this processor is that it was the first x86 processor with . Protected mode enabled up to 16 MB of memory to be addressed by the on-chip linear (MMU) with 1 GB space. The MMU also provided some degree of prevention from (crashed or ill-behaved) applications writing outside their allocated memory zones. However, the 286 could not revert to the basic 8086-compatible "" without resetting the processor, which imposed a performance penalty (though some very clever programmers did figure out a way to re-enter real mode via a series of software instructions which would execute the reset while retaining active memory and control). The Intel 8042 keyboard controller at had a function to initiate a "soft boot" which resets a host CPU only.

This limitation led to famously referring to the 80286 as a 'brain dead chip' [Microprocessors: A Programmer's View, Robert B. K. Dewar and Matthew Smosna, New York: McGraw-Hill, 1990, ISBN:0-07-016638-2] , since it was clear that the new environment would not be able to run multiple applications with the 286. It was arguably responsible for the split between and , since IBM insisted that , originally a joint venture between IBM and Microsoft, would run on a 286 (and in text mode). To be fair, when Intel designed the 286, it was not designed to be able to multitask real-mode applications; real mode was intended to be a simple way for a bootstrap loader to prepare the system and then switch to protected mode.

In theory, real mode applications could be directly executed in 16-bit protected mode if certain rules were followed; however, as many DOS programs broke those rules, protected mode was not widely used until the appearance of its successor, the , which was designed to go back and forth between modes easily. See Protected Mode for more info.

The 80286 provided the first glimpse into the world of the protection mechanisms then exclusive to the world of mainframes and minicomputers which would pave the way for the x86 and the IBM PC architecture to extend from the personal computer all the way to high-end servers, drive the market for other architectures all the way down to only the highest-end servers and mainframes, and blur the differences between microcomputers and mainframes, a fact which presumably gave the its name.