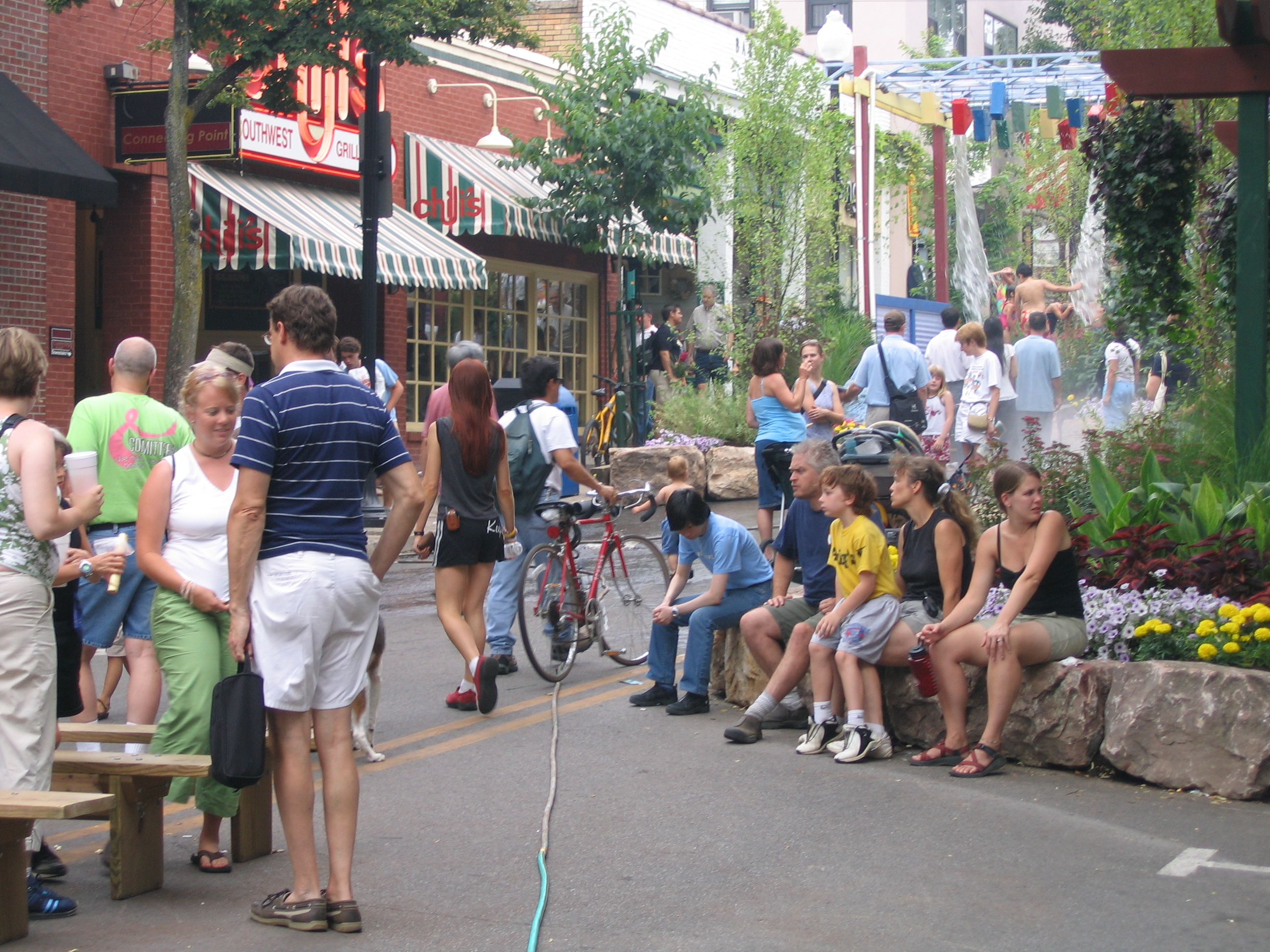 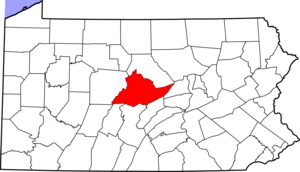 The town is dominated economically and demographically by the presence of the main campus of the , often referred to as Penn State. Happy Valley is an often-used term to refer to the State College area, including the borough and the townships of College, Harris, Patton, and Ferguson.

The area is served by .

The university has a post office address of University Park, PA, which is sometimes a cause for confusion. When Penn State changed its name from College to University in 1953, its president, , sought to persuade the town to change its name as well. A referendum failed to yield a majority for any of the choices for a new name, and so the town remains State College. After this, Penn State requested a new name for its on-campus post office in the from the U.S. Post Office Department. The post office, which has since moved across a street to the McAllister Building, is the official home of 16802 (University Park). The new zip code was granted directly by President Dwight D. Eisenhower at the request of his younger brother Milton S. Eisenhower .

There were 12,024 households out of which 10.5% had children under the age of 18 living with them, 22.4% were married couples living together, 3.4% had a female householder with no husband present, and 72.5% were non-families. 33.5% of all households were made up of individuals and 5.9% had someone living alone who was 65 years of age or older. The average household size was 2.30 and the average family size was 2.69.

The median income for a household in the borough was $21,186, and the median income for a family was $54,949. Males had a median income of $34,388 versus $27,219 for females. The for the borough was $12,155. 46.9% of the population and 9.7% of families are below the . Out of the total population, 10.6% of those under the age of 18 and 2.2% of those 65 and older are living below the poverty line. However, traditional measures of poverty can be very misleading when applied to a community like State College which is dominated by students.

"Happy Valley" is sometimes used as shorthand for State College, Pennsylvania. Commentators referring to Penn State athletic events often give the location as "Happy Valley" rather than mentioning State College or the specific campus facility.

In a survey conducted in the late 1980s by , State College was ranked as one of the least stressful places in the . A more recent rating put State College 19th among "50 Smart Places to Live [http://www.happyvalley.com/VisitorsGuide/hvstats.cfm] ." The same source states: "Sperling's BestPlaces research group has previously ranked State College the No.1 safest small city in America, and Forbes, thanks in large part to the tremendous amount of research conducted at the University, listed State College among the top 10 smaller metro areas in which to start a career or business [http://www.happyvalley.com/VisitorsGuide/hvstats.cfm] ." In 2007, CNN Money said State College was the number one "single" city based on percentage of unmarried people living there. [http://money.cnn.com/galleries/2007/moneymag/0707/gallery.BPTL_most_singles.moneymag/index.html] Even more statistics about State College are available at: http://www.bestplaces.net/zip-code/?zip=16801&city=State_College_PA [http://www.bestplaces.net/zip-code/?zip=16801&city=State_College_PA] .

In the August issue of , State College received honorable mention in best music scenes throughout the country. Bands formed in State College include Axum, [http://www.bulletparade.com] , Cootie Brown, The Earthtones, , , Katsu, The Nightcrawlers, , Queen Bee and the Blue Hornet Band, and The Rustlanders.

[http://www.thediner.statecollege.com/index.html Ye Olde College Diner] , located in State College, was voted #3 on the "Best Places to Eat a Sticky Bun" in the United States in 2005 by Pastrypoll.com. It is a place of tradition that dates back to 1929. The diner serves "grilled stickeys". Many alumni come back here well after they have graduated from . The Diner was closed briefly in August 2007 by Centre County due to health code violations, but re-opened after five days.

Baby's Burgers & Shakes is a 50's style diner located down town, and was once featured in a Visa commercial, saying that they don't accept . There are dozens of additional interesting restaurants and bars unique to State College, most of which are concentrated in the downtown area along College Avenue and Beaver Avenue and their cross streets.

The , usually referred to simply as Arts Fest, is held down town every July. The 5 day long festival features artists from around the country and draws more than 125,000 visitors. Many streets are closed off and lined with booths where people can buy paintings, pottery, jewelry, and a variety of other hand made goods. There are also numerous musical performances and plays to take in, and food vendors selling everything from funnel cakes to Indian cuisine.

State College is part of the Johnstown/Altoona/State College television market, which is currently ranked #99 in the nation.

State College is located not far from the , which is known as the state penitentiary, or the "state pen" (Source: [http://sportsillustrated.cnn.com/2003/sioncampus/09/04/road_trip0909/index.html] , reference to "state pen" being near Penn State).

At the federal level, State College forms part of . The current incumbent is .

At the county level, 's county seat is in . There are three county-level district courts within State College, with the others being Philipsburg, Bellefonte, and Centre Hall.

* [http://www.alphafire.com The Alpha Fire Company] operates out of 3 stations and responds with 5 engines, 2 trucks, 1 heavy rescue and 2 tankers. The department's annual run total is around 1000.

The Alpha Fire is an All Volunteer Fire Company, arguably the largest in the state when the size and population of Penn State is factored in.

The Fire is led by 5 chiefs, 3 captains, and other various officers. The fire company operates under the Centre Region Council of Governments under the direction of Fire Director Steve Bair.

State College is served by the . [http://www.scasd.org/scasd/site/default.asp]

There are also a variety of private schools, including the State College Friends School [http://www.statecollegefriendsschool.org/index.html] , Nittany Christian School [http://www.nittanychristian.com/] , and Our Lady of Victory Catholic school.

Other colleges near State College

The closest airport is the .