Aseptic processing is the process by which a sterile (aseptic) product (typically food or pharmaceutical) is packaged in a sterile container in a way that maintains sterility. 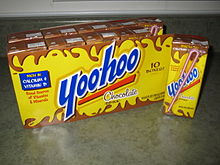 Sterility is achieved with a flash-heating process (temperature between 195° and 295°F (91° to 146°C)),[1] which retains more nutrients and uses less energy than conventional sterilization techniques such as retort or hot-fill canning. Aseptic food preservation methods allow processed food to keep for long periods of time without preservatives, as long as they are not opened. The aseptic packages are typically a mix of paper (70%), polyethylene (LDPE) (24%), and aluminum (6%), with a tight polyethylene inside layer.[1] Together the materials form a tight seal against microbiological organisms, contaminants, and degradation, eliminating the need for refrigeration.

The first aseptic filling plant for milk was presented in Switzerland in 1961. The Tetra Pak company later became one of the leading suppliers of processing and packaging equipment for dairies. Aseptic techniques were common in Europe and Asia before they were introduced in the United States in the 1980s.

Aseptic containers may range in size from a few fluid ounces to a nearly 8-million-US-gallon (30,000 m3) aseptic tank on an ocean-going ship.[2] Aseptic processing makes worldwide export and import of new, economical and safe food products possible. Bag-In-Box technology is commonly used because it provides strong containers that are light weight and easy to handle prior to being filled. Other common package types are drink boxes and pouches.

In 1991, the Institute of Food Technologists rated the top 10 innovations in food technology. Aseptic processing and packaging ranked No. 1, ahead of juice concentrates, safe canning processes, freeze-drying and food fortification.[3] In 2007 Dr. Philip E. Nelson received the World Food Prize in recognition for his pioneering work in aseptic processing and bulk storage.

Nelson carried out the first aseptic packing of foods (especially milk in metal cans) in Denmark prior to 1913 and in 1921 patent for this process (termed aseptic conservation) was granted. In 1917, Dunkley in USA patented sterilization with saturated steam of cans and subsequent filling of pre-sterilized product. In 1923, aseptically packaged milk from South Africa reached a trade fair in London, England in perfect conditions. The American can company developed a filling machine in 1933, called the Heat-Cool-Fill (HCF) system which used saturated steam under pressure to sterilize the cans and ends. The sterile cans were filled with sterile product and the ends sealed on in a closed chamber, which was kept pressurized with steam or a mixture of steam and air. Three commercial plants were built and operated on this principle until 1945.

In 1940s, Martin developed process in which empty metal cans were sterilized by treatment with superheated steam at 2100C prior to being filled with cold, sterile product. In 1950, the Dole Company bought the first commercial aseptic filling plant on the market. At the end of 1940, a dairy enterprise and machinery manufacturers in Switzerland (Alpura Ag, Bern, and Sulzer Ag, Winterthur) combined to develop UHT-sterilized, aseptically canned milk, which was marketed in Switzerland in 1953. However, this system was not economical mainly because of cost of the cans. Long shelf life milk packaged in this manner was first sold in Switzerland in October, 1961.

Aseptic containers are recycled with a method called hydrapulping.[1] Some plastics and aseptic packages come out looking "relatively good" in overall costs, however no packaging is always better.[4] The major problem, however, is that the hydrapulping facilities are not that common, and thus the multimaterial packages are relatively difficult to recycle.[5] Tetra Pak, a notable company in the industry, has launched an initiative to increase the recycling of aseptic containers.[6] A 1995 book on recycling notes that aseptic containers were not widely recycled.[7] In 1993, aseptic packages could be recycled in 19 US states. Confusion over whether aseptic packages can be recycled led to a 1990 ban on them in Maine.[8]