The National Coalition for Homeless Veterans (NCHV) — a 501(c)(3) nonprofit organization governed by a 17-member board of directors — is the resource and technical assistance center for a national network of community-based service providers and local, state and federal agencies that provide emergency and supportive housing, food, health services, job training and placement assistance, legal aid and case management support for hundreds of thousands of homeless veterans each year.[1]

NCHV also serves as the primary liaison between the nation’s care providers, the U.S. Congress and the executive branch agencies charged with helping them succeed in their work. NCHV’s advocacy has strengthened and increased funding for virtually every federal homeless veteran assistance program in existence today.[2]

Under a technical assistance grant awarded by the U.S. Department of Labor, NCHV provides guidance and information about program development, administration, governance and funding to all of the nation’s homeless veteran service providers.

Congressman Bob Filner, Former Chair of the House Veterans Affairs Committee, said "People don't want to look at the homeless. But they will look at, or think about, or maybe support dealing with homeless veterans."[3] 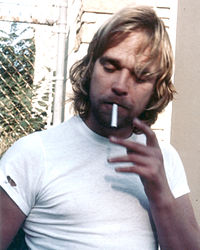 Homeless veterans have existed since the Peloponnesian War.[4] A mental condition that many homeless veterans share is Post Traumatic Stress Disorder, which has also been known as shell shock, combat fatique, and during the Civil War, it was known as Soldier's Heart. The signature wound of Middle East conflicts in the 2000s is Traumatic Brain Injury[5], from which many homeless combat veterans are suffering.[6] 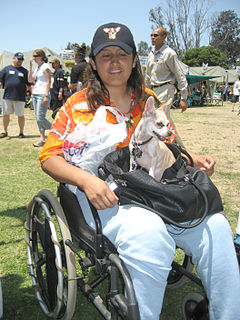 Estimates of how many homeless veterans there currently are on the streets of the US vary because it is difficult to conduct a census of the homeless population.[7] Dr. Jon Nachison, one of the original co-founders of the San Diego Stand Down, believes that "it's somewhere around 250,000." "Close to 40% of the homeless are veterans," according to Gary Parker, Program Director at VVSD (Veterans Village of San Diego)[8]. "With the influx of veterans coming back from the current conflicts, we expect those numbers to rise." Parker himself was a homeless veteran for a period of time and now works with homeless veterans who have committed to a one-year program onsite at the Veterans Village of San Diego, formerly known as Vietnam Veterans of San Diego.[9]

Evolution of the Stand Down

According to an article in East County Magazine,

Stand Down is a three-day event that allows homeless veterans to come in off the streets for a shower, hot meals and a change of clothing. Additionally, the veterans also receive medical, dental and holistic treatment, as well as counseling and legal advice from caring volunteers. The San Diego Stand Down became the model for dozens of other Stand Downs that have been generated across the country by people who thought it a tragedy to have our war heroes sleeping on our streets.[10]

When Dr. Nachison and fellow Vietnam veteran, Robert Van Keuren created the Stand Down in 1988, "Their basic premise was that this would be a community intervention which encouraged wide participation among service providers, both veteran specific and general, and sought the opinions of homeless veterans themselves to make known what was needed to get them off the streets and reintegrated into the community as productive members."[11] Al Pavich, Former Commander and CEO Emeritus of VVSD (Veterans Village of San Diego), who helped coordinate the Stand Down, said "We had enough meals for 150 and 700 showed up." Since its inception, Stand Down has assisted thousands of homeless veterans.[12]

Many of you have been working the issue of veteran homelessness for a long time – as members of the Interagency Council on Homelessness or the National Coalition for Homeless Veterans or the Advisory Committee on Homeless Veterans. ... I’m the newcomer here today, so let me reiterate that this is not a summit on homeless veterans – it’s a summit to end homelessness among veterans. That’s our purpose. President Obama and I are personally committed to ending homelessness among veterans within the next five years.[13]

Upon the summit's conclusion, NCHV published a detailed account of Shinseki's address and the proposed five-year plan, titled "VA Summit Frames Plan to End Veteran Homelessness." On August 5, 2011, the U.S. Department of Labor announced 23 grants totaling $5,436,148 to provide homeless veterans with job training aimed at helping them succeed in civilian careers. [14] The grants are being awarded by the department's Veterans' Employment and Training Service through the Homeless Veterans Reintegration Program. The grants announced in August of 2011, are the first of a possible four years of annual awards contingent upon satisfactory performance and congressional appropriations.[15]

The VA has a large branch in New York State that offer a wide variety of programs and resources for homeless veterans in the state. Health Care for Homeless Veterans (HCHV) is the central program which provides extensive support such as supported housing systems, physical and psychiatric exams, Drop-In-Centers, treatment, referrals and other services. Over 135 HCHV sites are operating in New York State currently, making it the largest arm of the NYSVA. Domiciliary Care for Homeless Veterans (DCHV) is the next largest branch and offers its services to homeless veterans who suffered some health problem but do not need to be hospitalized for an extended period of time. In addition to these programs, the NYSVA gives over 17 billion dollars a year to disabled veterans in need, which becomes the primary source of income for many veterans and enables them to combat homelessness.

Three of the smaller programs available for homeless veterans are Inpatient and Outpatient Health Care, Readjustment Counseling Centers, and Outreach. Inpatient and Outpatient Health Care is simply the VA centers providing health services for veterans in-house. The Outpatient portion is provided by hospitals and clinics that can provide veterans out of house with most treatments, whether it be physical or mental injuries or illnesses, such as alcohol and substance abuse treatment or rehabilitation treatment. Readjustment Counseling Centers, also known as Vet Centers, assist veterans through community outreach. Services such as individual, group or family counseling are offered to help veterans overcome psychological problems they may be experiencing with are inadvertently causing their homelessness or preventing them from taking care of themselves. Finally, Outreach simply consists of staff from the many VA offices regularly visiting shelters and community centers where veterans are to do all they can to help improve their lives.

Many cities in upstate New York have launched initiatives on this front via cooperation between Syracuse's branch of the United States Department of Housing and Urban Development and The VA. Since the VA was created in 2008, permanent housing has been provided for around 329 homeless veteran out of the estimated 131,000 that can be found on any given night in America. New York, Florida, Texas, California, and Oregon together contain around half of these homeless veterans. Housing Authorities in cities such as Rome, Albany, Syracuse, Rochester and Amherst, have all been steadily increasing the number of homeless veterans put in permanent housing in the past year. The joint collaboration is known as HUD's Veteran Affairs Supportive Housing Program, or HUD-VASH Program. HUD-VASH reaches homeless veterans through local Veteran Affairs Medical Centers, which are located in all the aforementioned cities. Vouchers are then provided to local housing agencies to be distributed to homeless veterans based on need and prevalence. These veterans rent privately owned housing while only devoting 30% of their income to the rent: HUD-VASH covers the rest. [16]