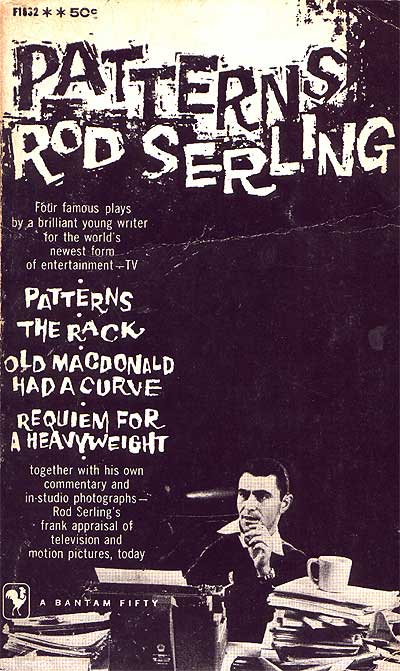 "The United States Steel Hour" (a.k.a. "Theater Guild on the Air") was an American radio which embarked on the ambitious plan to bring Broadway theater to radio. Presenting both classic and contemporary plays, the program was broadcast for eight years before it became a television series. It first aired on radio on , , and within a year the series drew some 10 to 12 million listeners each week.

Playwrights adapted to radio ranged from and to and with numerous Broadway and Hollywood actors in the casts, including , , , , , , , , and . The radio show was broadcast until , , when the decided to move its show to television.

The television version aired from 1953 to 1955 on ABC, and from 1955 to 1963 on . Like its radio predecessor it was a live tic . By 1963, the year it went off the air, it was the last surviving live anthology series from the . It was still on the air during President 's famous , confrontation with steel companies over the hefty raising of their prices. The show featured a range of acting talent as its episodes explored a wide variety of contemporary social issues, from the mundane to the controversial.

Serling was not regarded as a controversial scriptwriter until he contributed to the "United States Steel Hour", as he recalled in his collection "Patterns" (1957)::In the television seasons of 1952 and 1953, almost every television play I sold to the major networks was “non-controversial.” This is to say that in terms of their themes they were socially inoffensive, and dealt with no current human problem in which battle lines might be drawn. After the production of "Patterns", when my things were considerably easier to sell, in a mad and impetuous moment I had the temerity to tackle a theme that was definitely two-sided in its implications. I think this story is worth repeating.:The script was called "Noon on Doomsday". It was produced by the Theatre Guild on the "United States Steel Hour" in April 1956. The play, in its original form, followed very closely the Till case in Mississippi, where a young Negro boy was kidnapped and killed by two white men who went to trial and were exonerated on both counts. The righteous and continuing wrath of the Northern press opened no eyes and touched no consciences in the little town in Mississippi where the two men were tried. It was like a cold wind that made them huddle together for protection against an outside force. which they could equate with an adversary. It struck me at the time that the entire trial and its aftermath was simply “They’re bastards, but they’re our bastards.” So I wrote a play in which my antagonist was not just a killer but a regional idea. It was the story of a little town banding together to protect its own against outside condemnation. At no point in the conception of my story was there a black-white issue. The victim was an old Jew who ran a pawnshop. The killer was a neurotic malcontent who lashed out at something or someone who might be materially and physically the scapegoat for his own unhappy, purposeless, miserable existence. Philosophically I felt that I was on sound ground. I felt that I was dealing with a sociological phenomenon--the need of human beings to have a scapegoat to rationalize their own shortcomings.

:"Noon on Doomsday" finally went on the air several months later, but in a welter of publicity that came from some 15,000 letters and wires from White Citizens Councils and the like protesting the production of the play. In news stories, the play had been erroneously described as “The story of the Till case.” At one point earlier, during an interview on the Coast, I told a reporter from one of the news services the story of "Noon on Doomsday". He said, “Sounds like the Till case.” I shrugged it off, answering, “If the shoe fits...” This is all it took. From that moment on "Noon on Doomsday" was the dramatization of the Till case. And no matter how the Theatre Guild or the agency representing U.S. Steel denied it, the impression persisted. The offices of the Theatre Guild, on West 53rd Street in New York City, took on all the aspects of a football field ten seconds after the final whistle blew. [ [http://www.rodserling.com/PPBintro.htm Serling, Rod. "Writing for Television," "Patterns". New York: Bantam, 1957.] ]

*InternetArchiveOTR|id=TheaterGuildontheAir|title=Theater Guild on the Air