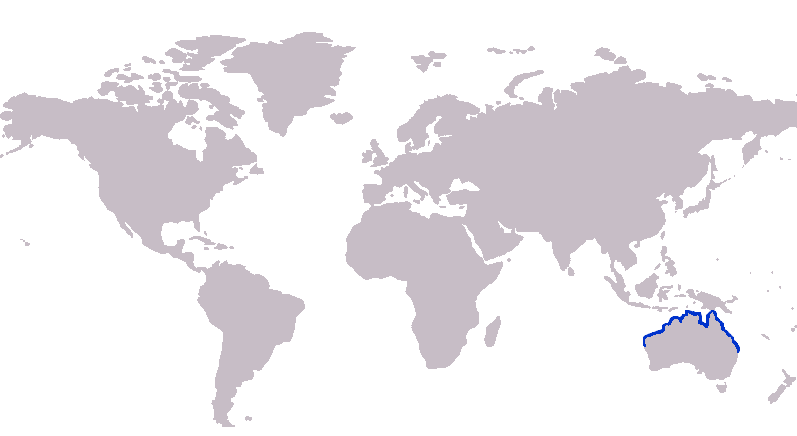 range_map_width = 240px
range_map_caption = Range of the golden lined whitingThe golden lined whiting, "Sillago analis" (also known as the Tin Can Bay whiting or rough-scale whiting), is a of marine of the smelt whiting family, that inhabits the s of northern and lower . The golden lined whiting can be more readily distinguished by its colour than other whitings in the genus "Sillago", although morphology and spine and ray counts are the most precise method of identification. "S. analis" is an opportunistic , taking a variety of s, s and s, with a transition of diet seen as the fish mature. One unusual aspect about the species diet is the large amounts of molluscan siphons it takes. The species spawns between January and March, with juvenile fish inhabiting the shallow protected coastal waters. Golden lined whiting is important to fisheries centered around Shark Bay in and also in , although makes up a relatively minor component of the whiting fishery.

The golden lined whiting is a member of the "", which contain 29 other species. It is part of the family which is a division of the , a of the .

The species was named by Whitley in 1943 as "Sillago analis", designating a specimen collected at Shark Bay as the . Another currently valid species of sillaginid, "" is according McKay (1985) almost certainly a senior synonym of "S. analis". The holotype for "S. nierstraszi" has not been examined by McKay, however, and uncertainty about this relationship remains.

The golden lined whiting has a very similar profile to other members of the genus "Sillago", with a slightly compressed, elongate body tapering toward the terminal mouth. It differs from some members of the genus in that its profile is more rounded than most other species, which tend to have a flat profile. The number of spines and rays, and morphology are other distinguishing features. "S. analis" has a first consisting of 11 spines followed by a second dorsal fin consisting of one spine and between 16 and 18 soft rays. The has 2 spines followed by 14 to 17 soft rays. Over the distribution of the species, the number differs, with fish in having 33 and those in south east having one or two additional modified vertebrae. Also varying over the range is the scale count, with Western Australian fish having less than Queensland fish, with the range for the species between 54 and 61 scales.

The of the species is very similar and in some cases indistinguishable from a related species, "Sillago ciliata", with the anterior part of the swim bladder having rudimentary projecting anteriorly and a series of tubules that diminishes in size and become -like, projecting posteriorly.

The golden lined whiting is located in the southern along the northern coastline of Australia, from Shark Bay in Western Australia north along the coastline of the , around the Queensland coastline to Moreton Bay. The species also extends north to the south coast of , although inhabits a small range.

The diet of the golden lined whiting varies along its range, however it takes similar food and shows the same transition in items during its lifetime throughout its distribution. Juvenile fish tend to take a mixture of s which they 'plough' from the ,

The golden lined whiting is a major commercial species in some parts of its range, particularly in Shark Bay and to a lesser extent in Queensland. It is often taken alongside other species of whiting which also constitute major parts of the local . The amount of fish taken by professionals fluctuates, with an example monthly 1998/1999 catch weighing 5,399 kg, a massive amount less than the 196,293 kg of western sand whiting taken in the same period.

In Queensland, the minimum size for taking golden lined whiting is 23 cm, and there is no limit the amount that can be taken.