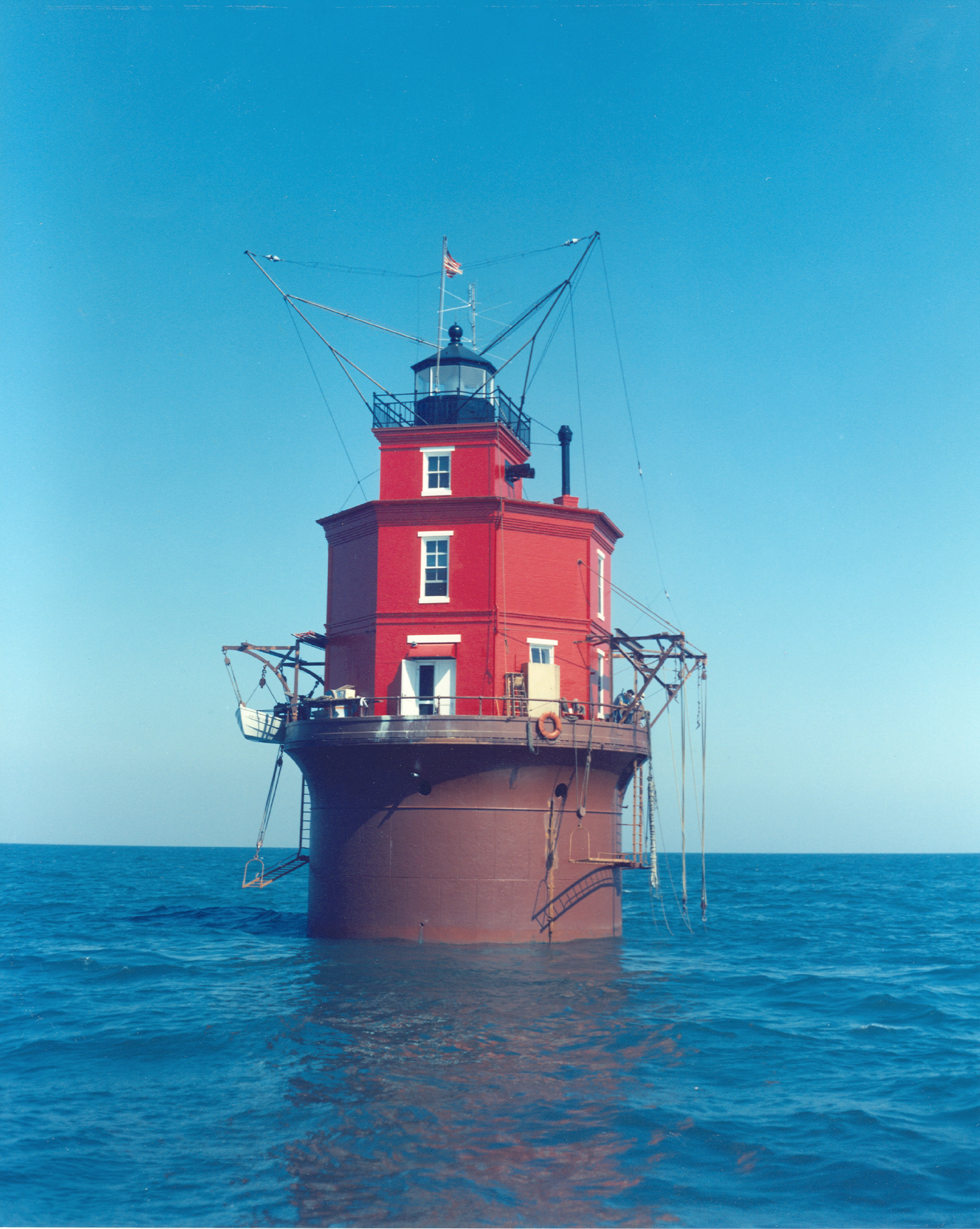 Wolf Trap Light is a caisson in the Virginia portion of the , about seven and a half miles northeast of . It is listed on the .

Wolf Trap Shoal juts into the bay from Winter Harbor, a point a few miles north of Mobjack Bay and the York River. It got its name from the 1691 grounding of the HMS "Wolfe", a British naval vessel engaged in enforcing the and in combatting piracy. In 1821 a lightship was stationed at this spot, and after refurbishment in 1854, the original ship was destroyed by Confederate raiders in 1861 during the Civil War. Two years later a replacement ship was put on station.

In 1870 a was constructed on a hexagonal foundation, the house being prefabricated at the station at Lazzaretto Point in . This light survived until 1893, when ice tore the house from its foundation. The keeper was able to escape, but the house was found floating far to the south at Thimble Shoals, where the lantern and lens were recovered from it.

A lighthouse tender was put on station to serve as a temporary lightship and a request was put to Congress to appropriate funds for a caisson structure. Construction began the following year; a wooden caisson was used, topped by a cylinder of cast iron plates. The house itself was built of brick, standing two stories with the lantern on its roof. Unlike the Maryland examples, the roof is flat. Quantities of rip-rap were dumped around the base of the light to resist pressure from the ice.

Complaints about the visibility of the original fixed light led to a change to a flashing characteristic in 1895. Automation came in 1971. A 300mm acrylic lens was installed in 1984, to be replaced with the current beacon in 1996. A set of black plywood blinds is installed in the lantern to block stray reflections from the panes.

Wolf Trap Light was offered to non-profit and historical organizations in 2004 under the . As no applications were received, it was put up for auction in 2005. Nick Korstad, of Seattle, Washington, purchased the station, and was unable to obtain financing for his plan to convert the light into a , and after an unsuccessful attempt to auction the light on , it was sold privately again.