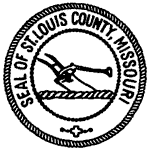 St. Louis County is a located in the of . According to the 2000 census, the population was 1,016,315, making the county the most populous in the state of Missouri. Its is ClaytonGR|6. St. Louis County is part of the sprawling St. Louis Metro Area wherein the independent City of St. Louis and its suburbs in St. Louis County, as well as the surrounding counties in both Missouri and Illinois all together account for a total population of nearly 3 million people. St. Louis County borders the City of St. Louis, which is independent from St. Louis County. The 2006 estimate for the county is 1,000,510. [http://factfinder.census.gov/servlet/ACSSAFFFacts?_event=ChangeGeoContext&geo_id=05000US29189&_geoContext=&_street=&_county=St.+Louis&_cityTown=St.+Louis&_state=04000US29&_zip=&_lang=en&_sse=on&ActiveGeoDiv=&_useEV=&pctxt=fph&pgsl=010&_submenuId=factsheet_1&ds_name=ACS_2006_SAFF&_ci_nbr=null&qr_name=null&reg=null%3Anull&_keyword=&_industry=]

The county was organized in 1812 and was originally a French colonial district (), named for Saint Louis, King of France.

In , City of St. Louis separated itself from the county, creating an .Fact|date=December 2007

St. Louis County was the first Missouri County to adopt a home-rule under the Missouri , in 1950. The current St. Louis County Charter was adopted by the voters on November 6, 1979.Fact|date=December 2007

Ordinances are passed by a county council. [http://www.stlouisco.com/council/ The council] is made up of 7 members, each from a separate district within the county. Council member terms are 4 years, beginning on January 1 following the election. Elections are held in even-numbered years, with terms for even- and odd-numbered districts staggered.

When compared to other large urban counties, St. Louis County’s crime rate per 100,000 residents is among the lowest in the nation. For example, there were just 30 homicides reported in 2003 out of a population of over 1 million people. There has been a 25% decrease in crime since 1991, and St. Louis County is now at its lowest level of crime since 1973.

The forms the northern border with Saint Charles County, exclusive of a few areas where the river has changed its course. The forms most of its southern border with Jefferson County. To the east is the City of Saint Louis and the . The western boundary with Franklin County is the north-south line where the distance between the Meramec and Missouri Rivers is the shortest, bisecting the City of Pacific roughly 2 blocks east of Hwy OO/F (First street).

The foothills of the Ozark Mountains begin in southwestern Saint Louis County, with most of the rest of the county being a fairly level plateau. This western part of the county is the least developed, due to rugged topography. Bluffs along the Mississippi in the south of the county rise about 200-300 feet above the river. A major floodplain area is the Chesterfield Valley, in the western part of the county, along the Missouri River, formerly called "Gumbo Flats" after its rich, dark soil; it was submerged by at least ten feet of water during the , but recent development there is protected by a higher levee. The Columbia Bottom is a floodplain in the northeast of the county at the confluence of the Mississippi and Missouri Rivers; this is a conservation area open to the public. The Missouri Bottom area between the two other floodplains is largely agricultural, but is being increasingly developed. The drains the interior of county before flowing underground into the City of St. Louis and then resurfacing to form the boundary between southern portions of St. Louis City and St. Louis County. Other streams include Coldwater Creek, Bonhomme Creek, and Creve Coeur Creek, flowing into the ; Keifer Creek and Grand Glaize Creek, flowing into the ; Deer Creek and Gravois Creek, flowing into the ; and Maline Creek, flowing into the .

The bedrock is mainly and , and much of the county near the rivers is terrain, with numerous caves, sinkholes, and springs. No or rock is exposed on the surface. A major outcropping of the formation, a fine white sandstone used for making clear glass, is mined in the southwest corner of the county in Pacific. Brick clay mining was once a major industry in the county. The Charbonier Bluff along the Missouri River is an outcropping of coal, and was used a fueling station for . The "St. Louis Anticline", an underground formation, has small petroleum deposits in north part of the county.

Before European settlement, the area was prairie and open parklike forest, maintained by Native Americans via burning. Trees are mainly , , and , similar to the forests of the Ozarks; common understory trees include , , and . areas are heavily forested with mainly . By the most of the timber in the county was harvested; since that time, large parks and undeveloped areas in the western and southern parts of the county have grown dense forest cover. Old pastures are usually colonized with Eastern red cedar. Most of the residential area of the county is planted with large native shade trees. In , the changing color of the trees is notable. Saint Louis County has the most recorded native species of plants in the state, but this is probably due to the intensive botanical research done in the area. Most species here are typical of the Eastern Woodland; but some southern species are found in swampland, and typical northern species survive in sheltered hollows. Invasive species, most notably , are common in some homesteads converted to parks; these are actively removed.

Large s include growing populations of and s, which are becoming increasingly urbanized. , , and other rodents are abundant, as well as , , , , and . Large bird species include , , , various raptors like the and , as well as s, including the and . Winter populations of s are found by the around the . The county is on the , used by migrating birds, and has a large variety of small bird species, common to the eastern U.S. The , an introduced species, is limited in North American to the counties surrounding Saint Louis.

Frogs are commonly found in the springtime, especially after extensive wet periods. Common species include and species of chorus frogs, commonly called "" that are found in nearly every pond. Some years have outbreaks of or . and are common nuisances; because of this, windows are nearly universally fitted with screens, and "screened-in" es are common in homes of the area. Populations of honeybees have sharply declined in recent years, and numerous species of pollinator insects have filled their ecological niche.

Winter is the driest season, averaging about 6 inches of total precipitation. Springtime (March through May), is typically the wettest season, with just under 10.5 inches. Dry spells of one or two weeks duration are common during the growing seasons.

s can be expected on 40 to 50 days per year. A few of them will be severe with locally destructive winds and large , and occasionally accompanied by . [http://www.crh.noaa.gov/lsx/climate/torcli/stlouis.php] A period of unseasonably warm weather late in known as is common &ndash; s will still be in bloom as late as November or early December in some years.

The largest natural lake in the state is Creve Coeur Lake, and is a county park.

Manchester Road (Route 100) follows an ancient path westward out of Saint Louis, following the boundary between the Missouri and Meramec watersheds, and is the only way to leave the area without crossing rivers.

The Sinks is a area near Florissant, with numerous s.

In addition to its public high schools, St. Louis has an abundance of private and parochial schools, including the largest number of Catholic affiliated secondary institutions in the continental U.S. This is partly due to St. Louis's status as an archdiocese and historically Catholic city. Most of the prestigious private schools reside in West St. Louis County, one of the wealthiest areas in the region.