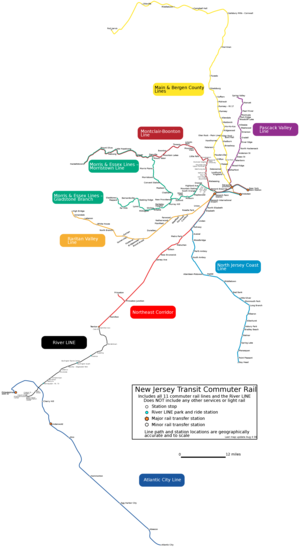 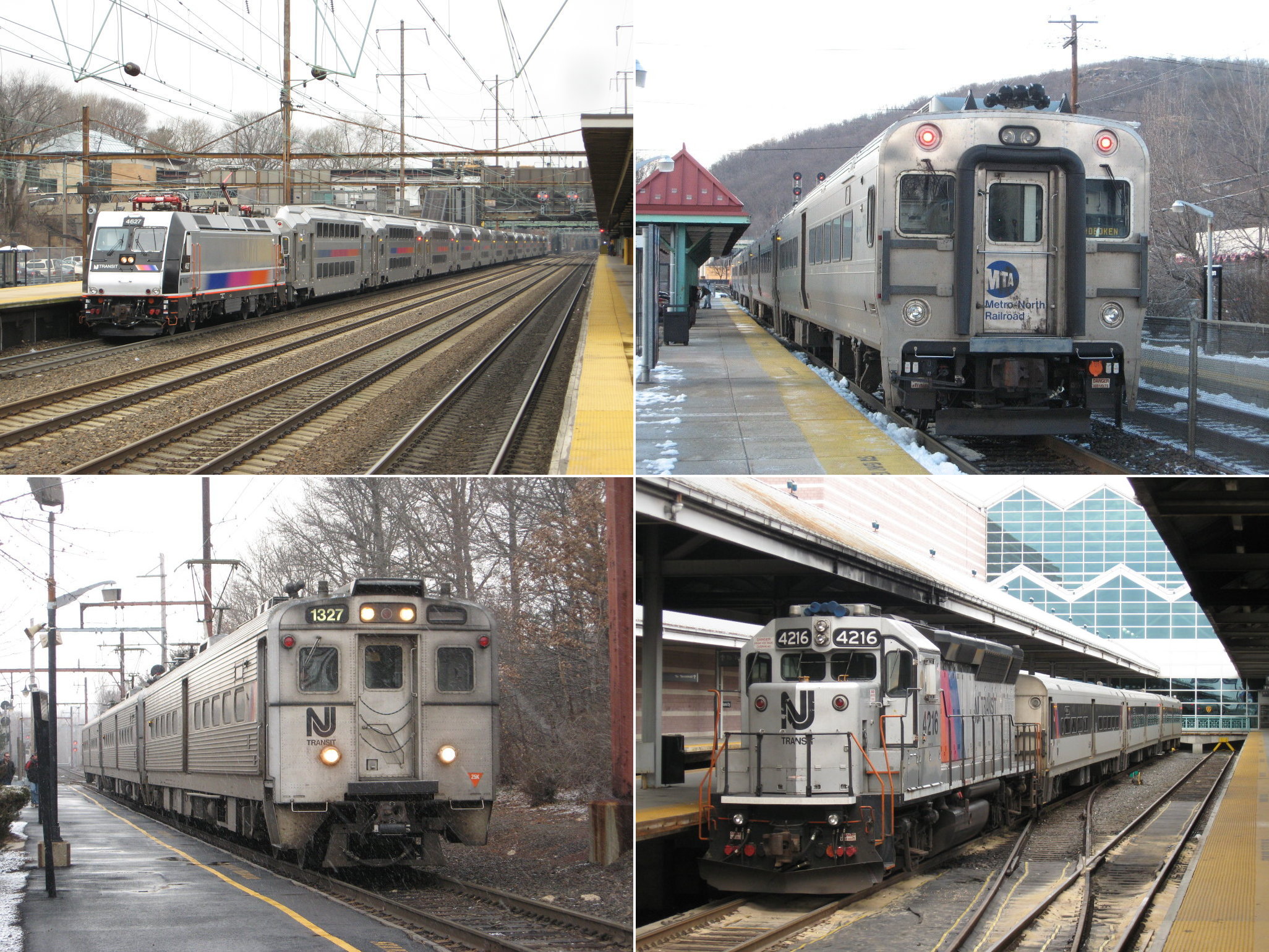 New Jersey Transit Rail Operations is the rail division of that provides service primarily in northern , along with one line in southern New Jersey, with most service centered around transportation to/from , Hoboken, and Newark. New Jersey Transit also operates rail service in Orange and Rockland counties in New York State under contract to .

Operations are in two divisions:
*Hoboken Division: These lines run from or through Newark-Broad St., and includes Midtown Direct service via Kearny Junction.
*Newark Division: These lines run through Newark Penn on the NEC,and were previously operated by the Pennsylvania RR, CNJ and NYLB. Also in this division is the Atlantic City Line, previously operated by the .

New Jersey Transit has a fleet of over 1,000 passenger cars. The fleet and examples are described below. Except for the Comet IIM (which is all trailers), all examples shown are cab cars leading or on the tail end of trains.

NJ Transit's rail network has 161 stations, varying in size from major commuter hubs like New York Penn Station, Hoboken Terminal and Newark Penn Station to small trackside plexiglas shelters or simple stops with only a small platform. New Jersey Transit owns and operates all of its rail stations except as listed below.

All of these stations are on the , where the MTA leases trackage from .
*Campbell Hall
*Harriman
*Middletown
*Otisville
*Port Jervis
*Salisbury Mills-Cornwall
*Sloatsburg
*Tuxedo

These stations are along the , along trackage owned by New Jersey Transit.
*Nanuet
*Pearl River
*Spring Valley