The traditional Dennis badge applied to vehicles manufactured by the company. 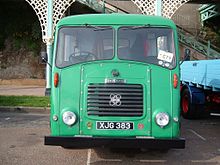 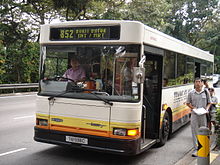 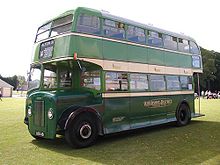 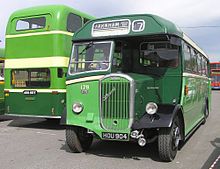 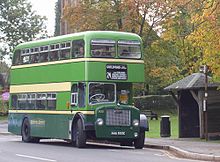 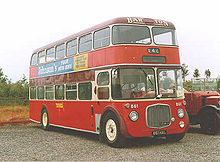 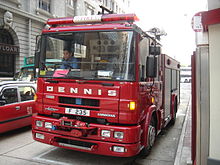 Dennis Specialist Vehicles is a major British coachbuilder and manufacturer of specialised commercial vehicles based in Guildford, England. The company is now best known as the manufacturer of fire engines, although its other major product lines are buses, dustcarts and airport service vehicles.

Originally known as Dennis Brothers Ltd, the company was founded in 1895 by John (1871–1939) and Raymond (1878–1939) Dennis who made bicycles which they sold from their shop, the Universal Athletic Stores, in Guildford. They made their first motor vehicle in 1899, a De Dion powered tricycle which they exhibited at the National Cycle Show but it was not put on sale. In 1901 the first Dennis car proper appeared, a four wheeler rated at 8 hp again with De Dion engine. About this time John Dennis built the Rodboro Buildings, the first purpose-built motor vehicle factory in Britain, to manufacture motorcars in the town centre.[1] Larger models followed with a 35 hp model in 1906 powered by a White and Poppe engine and this power unit soon fitted to all their models. Commercial vehicle activity was increasing with the first bus being made in 1903 and fire engine in 1908 and the cars took second place and it is doubtful if any were made after about 1915. In 1913 Dennis moved to a larger factory at Woodbridge, on the outskirts of Guildford. In 1919 Dennis bought White and Poppe and transferred engine production from Coventry to Guildford.

In 1972 the company was acquired by Hestair Group and renamed Hestair Dennis after a few years of financial difficulties. It was sold to Trinity Holdings (formed from a management buyout from Hestair Group) in 1989 and then to Mayflower Corporation in October 1998.

As of 1990s, the company was no longer a single integrated whole, but was three independent businesses, namely: