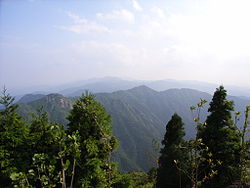 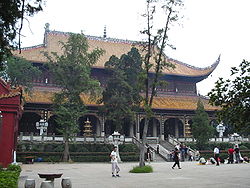 The Grand Temple of Mount Heng

At the foot of the mountain stands the largest temple in southern China, the Grand Temple of Mount Heng (Nanyue Damiao), which is the largest group of ancient buildings in Hunan Province.

Notable sites in the area include the Zhusheng Si Temple, an 8th century Buddhist monastery and Zhurong Gong, a small stone temple.