Club 18-30 is a holiday company owned by Thomas Cook that offers cut-price holidays for young men and women who seek a more lively holiday than those offered by many large package holiday providers. It takes around 110,000 guests each year with turnover of around £50m a year. The average age of guests is 19,[citation needed] and one third of customers are travelling on holiday without their parents for the first time. The guiding mantra of the company is: Nothing is sacred, if it's going to be a good laugh then we're in.

The company was set up in 1970 by the Horizon Group to offer package holidays targeted at young singles and couples to travel without families or children. The idea for starting Club 18-30 came from Paul Latchman. Initial promotion was low-key, even austere. To maximise the use of aircraft, night flights were used. The first destination was Lloret de Mar on the Costa Brava. Horizon Group only received modest success and sold the company on to a management buyout in 1973.

Subsequently, during the 1970s, the popularity of these holidays was increased by cut-price air fares. Furthermore, an advertising campaign promoted attractions of people who were sexually active and could enjoy themselves in uninhibited, alcohol-fuelled ways. Despite its notorious image, the company was listed on stock exchange in 1980. In 1982 it was acquired by International Leisure Group (ILG) and continued to grow and prosper [1]. In 1991, ILG collapsed and was taken over as a management buy-out backed by venture capitalists County NatWest Ventures, Grosvenor Capital and Causeway Capital, in a transaction valued at £167,000. After being briefly rebranded as The Club due to regulatory rules precluding the use of the name for 3 years, it reverted to the original name in 1994.In 1995 the company was sold for c£9.75m as a part of a "bimbo" with various venture capitalists including Royal Sun Alliance and others and incorporated with Sunset Holidays and the newly formed airline Flying Colours.(Total deal £40m) In 1998,Thomas Cook acquired Flying Colours for £57.5m.

Club 18-30 was subsequently incorporated into Thomas Cook’s JMC (John Mason Cook) brand of travel companies which included the operating brands Flying Colours, Sunworld, Sunset, Inspirations and Caledonian Airways. In 2002, following a strategic review of the business, the management company UP Trips, was formed to ensure that Club 18-30 retained its dominant position in the youth market by providing a dynamic package offering. However, by 2008, the UpTrips Management company dissolved with Club 18-30 once more a key product within the Thomas Cook portfolio. 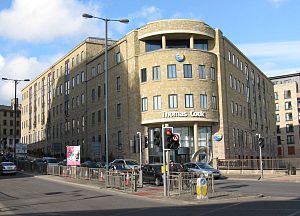 The NUS has negotiated a deal where holders of the NUS Extra card get £100 off their holiday. Club 18-30 holidays are very popular with university students, and many work as club reps for holiday work.

In 1995, the company's sexually suggestive billboard advertising ruffled feathers with the Advertising Standards Agency, being the second most complained-about firm of that year. The ads, designed by Saatchi & Saatchi included Beaver Espana, the "Be up at the crack of dawn...or julie..or..." and It's not all sex, sex, sex. There's a bit of sun and sea as well [3]. They were the subject of an activist graffiti campaign in Manchester [4] which succeeded in gaining local and national media attention[5][6].

Since January 2002, the ITV programme Club Reps, made by STV Productions and narrated by Emma B, and later Lisa I'Anson, unearthed the murky underworld of the life of a travel representative on Club 18-30 holidays. It kept the Daily Mail awash with graphic stories. It also doubled bookings for Club 18-30 holidays.

In 2005, Channel 5 showed a documentary called the Curse of Club 18-30 made by North One Television. Club 18-30 were not happy with the documentary and complained to Ofcom. Ofcom agreed that they had not been allowed to answer for themselves on the documentary but the other allegations made were not unfair.