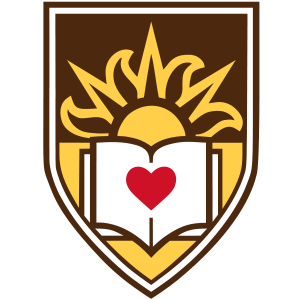 Lehigh University is a private, co-educational located in Bethlehem, , in the region of the . It was established in 1865 by as a four-year and has grown to include four diverse colleges. The university comprises over 4,600 students, 2,000 s, almost 600 s, and almost 1,500 administrative professionals.

The university has four s: the P.C. Rossin College of Engineering and Applied Science, the College of Arts and Sciences, the nationally ranked College of Business and Economics, and the graduate-only College of Education. The College of Arts and Sciences is the largest college, home to roughly 40% percent of the university's students. [ [http://www3.lehigh.edu/sharedmedia/PDF_Files/LUadmissions_class_summary.pdf Class of 2011 Summary] ] The colleges offer a variety of degrees, including , , , , and . In the U.S. News 2009 Best National Universities Ranking, Lehigh was ranked 35th overall.

Lehigh encompasses 1,600 s (6.475 km²), with 150 buildings with more than four million square feet of floor space. It is organized into three contiguous es:
*the Asa Packer Campus, Lehigh's main campus;
*the Mountaintop Campus, featuring an field as well as Iacocca Hall; and
*the Murray H. Goodman Campus, where a 16,000-seat and other sports facilities are located.

Lehigh's main campus is built into the side of South Mountain.

Lehigh's average class size is 25–30 students; [ [http://www.lehigh.edu/~inalm/download/AAOManual.PDF AAO Manual FAQ p. 27] ] over 80% of classes have fewer than 30 students. [ [http://www3.lehigh.edu/admissions/admailinglist.asp Did You Know] ] The undergraduate student-to-faculty ratio is 9:1.

The 2009 edition of ""'s "Best Colleges" ranked Lehigh in its "Most Selective" admissions category and 35th in the "National Universities (Doctoral)" category.

Graduates of Lehigh's engineering programs invented the and founded Packard Motor Car Company and the companies that built the locks and lockgates of the . of is an alumnus. Students from Lehigh's Materials Science and Engineering department were chosen to assist in the analysis of debris from the . , the renowned engineering , was founded at Lehigh.

College of Business and Economics

In 2008, "" ranked Lehigh's College of Business and Economics 25th in the nation among undergraduate business programs.

College of Arts and Sciences

Based in the , [ [http://www.zoellnerartscenter.org/cwo/Home Zoellner Arts Center website] ] Lehigh offers a variety of performing and visual arts programs. In particular, it has many music programs, including its Marching 97, [ [http://www.marching97.org/ The Marching 97 website] ] the Wind Ensemble and the Philharmonic orchestra. It has a dedicated Humanities Center, which is an active center for discussions in philosophy, literature, religion studies, and other subjects.vague|date=March 2008

Lehigh also has a program called ArtsLehigh, [ [http://cf1.cc.lehigh.edu/artslehigh/index.cfm ArtsLehigh] from the Lehigh website] oriented towards enhancing interest in the arts on campus.

:"College homepage: http://www.lehigh.edu/education"The College of Education offers graduate programs in , , , , "Teaching, Learning, and Technology", and Transcultural Comparative International Education. [ [http://www.lehigh.edu/collegeofeducation/NEW_WEBSITE/academics/new_academics.html Academic Programs] from Lehigh's website] More than 6000 students have received one of these degrees as of 2007, with some of them going on to receive awards such as MetLife/NASSP National Middle Level Principal of the Year. [ [http://www.lehigh.edu/collegeofeducation/NEW_WEBSITE/alumni/new_alumni.html COE Alumni page] ]

Faculty members are required to have a minimum of four office hours per week.

Called the Engineers until 1995, Lehigh's teams are now officially known as the Mountain Hawks, although teams prior to 1995 may be referred to by the older title. They mostly compete in the as part of NCAA's .

Lehigh competes in 25 different NCAA Division I sports. Despite the rigor of its academic programs, its 2006 student-athlete graduation rate of 97% ranks 12th among all 326 NCAA Division I institutions. In 2002, it won the inaugural ""/NCAA Foundation Award for having the nation's top graduation rate of all Division I institutions. Lehigh student-athletes' success on the field and in the classroom has resulted in Lehigh being one of the 20 Division I schools included in ""'s "America's Best College Sports Programs." Lehigh graduates have gone on to professional careers in the , , ,and the as players, scouts, coaches and owners. Lehigh graduates have competed in both the and the .

The most storied athletic program at Lehigh is its wrestling team. Over the past several decades it has turned out several All-Americans and had numerous squads finish with Top 20 NCAA national rankings. Under coach Greg Strobel, recent teams have dominated the league. On April 15, 2008, the athletic department announced the hiring of former assistant coach and two-time national champion as Lehigh's next head coach.

Lehigh University is notable for their rivalry in sports and academics with nearby . Since 1884, the two football teams have met 142 times, making "The Rivalry" the most played in the history of college football. It is also the longest uninterrupted rivalry in college football, with the teams playing at least once every year since 1897. The Rivalry is considered one of the best in all of college athletics and recently ranked The Rivalry #8 in their Top Ten College Football Rivalries. This game is sold out long before gameday each year.

named his university 'Lehigh' after his other passion, the railroad, despite suggestions from some to call it 'Packer University'. It was founded to provide a well-rounded education for young men, combining a liberal and education with the technical skills necessary to increase the prosperity of the region. According to William Bacon Stevens, the first president of the board of trustees, Asa Packer's founding gift of $500,000 was the largest single endowment for a literary institution at that time.

From 1871 to 1891, Packer's endowment allowed the institution to offer its education free of charge by competitive exam.

Unlike other engineering schools of the day, Lehigh was envisioned as a university instead of an "," offering an education that was rooted in both scientific and classical traditions as espoused by John Amos Comenius. Initially there were five schools: four scientific (civil engineering, mechanical engineering, mining and metallurgy, and analytical chemistry) and one of general literature. Over time, additional areas of the arts and sciences were added and engineering curricula were both merged and expanded.

The stock market crash accompanying the was a major financial blow to the university, since its endowment was largely invested in stocks, particularly shares of donated by the founder. As a consequence, Lehigh decided to drop its Episcopal Church affiliation in 1897, allowing it to qualify for state and federal government aid.

Based on the experience of Lehigh engineers who went into industry

A similar emphasis on the well-rounded graduate can be seen in Lehigh's approach to education degrees. Lehigh's respected School of Education started as (and remains) a solely graduate-level program. This is based on the principle that you need to learn primary subject matter well before you can learn how to teach it to others. Thus future teachers at Lehigh often take a five year program earning both a Bachelors Degree in a specialized field and a Masters Degree in Education.

Lehigh students have several lasting traditions: Lehigh's school colors, brown and white, date back to 1874, and the school newspaper of the same name was first published in 1894.

Following the death of Asa Packer in May 1879, the University established "Founder's Day" to be held in October to remember and recognize those have contributed to the success of the University. The event remains an annual tradition.

Freshmen are traditionally inducted into the University in a convocation in Packer Chapel and welcomed at a Freshman-Alumni Rally where their class flag is given to them by the class from fifty years before.

Until the 1970s, freshmen wore small brown hats with their class numbers called "dinks" from the beginning of the fall semester until the Lafayette football game. The week leading up to the big game was full of festivities created to unite the students and fuel spirit. In one of these events, "The Pajama Parade," the freshmen were led across the penny toll bridge in their pajamas singing "We Pay No Tolls Tonight" to the dormitories where they would serenade the women. The week before the game still involves decoration of the Greek houses, a bonfire, parties, rallies and the Marching 97 performing unexpectedly during classes the Friday before the game.

While the riots to rip down the goal posts in Taylor Stadium are a thing of the past, many alumni return for the Lafayette game (which is usually sold out a month in advance) to root Lehigh on, to attend parties at their former fraternities and sororities, and to see old friends.

The 2008 edition of "Best Colleges" from "US News & World Report"'s ranked Lehigh as "Most Selective" in admissions and 31st in the "National Universities (Doctoral)" category. It ranked as follows among the 126 top-tier universities:

*8th in Alumni Giving.
*16th in Classes with fewer than 20 students.
*28th in Best value.
*30th in Retention rate.
*32nd in Student selectivity.
*32nd in Graduation rate.
*36th in Percentage of students in the top 10 percent of their high school class.
*36th in Average standardized test scores.

"" ranked Lehigh's undergraduate College of Business & Economics 25th overall in the nation in 2007. The school was ranked 1st in accounting, 11th in median starting salaries for its graduates, and 21st in academic quality.