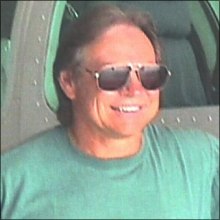 Franklin W. Welker (born March 12, 1946) is an American voice actor. He is responsible for a broad spectrum of character voices, and other vocal effects that have appeared over the last 40 years in American television and motion pictures.

Welker is listed as the number one "All Time Top 100 Stars at the Box Office," not as a box office draw, but in terms of the total revenue generated by the films he has participated in. [http://www.the-numbers.com/people/records/]

Welker was born in . He attended college in , where he later began his career appearing in commercials. While in college he appeared in numerous plays, and developed a act which got him started on the concert circuit touring with and . He continued with stand up, appearing in places including Las Vegas and as the opening act for headliners like , , , and .

Welker's first on camera film role was as a bar fight participant in Stan Dragoti’s "Dirty Little Billy." He played a college kid from in the picture "." He later co-starred with in Universal’s "." Welker also appeared in two films, "" and "."

His on camera television appearances included "," "" and "". He played a prosecutor in highly acclaimed ABC special "The Trial of General Yamashita" and as Captain Pace beside ' in Paramount television’s pilot, "." He appeared on "", "The Roast", "", "", "", "", "The Burns and Schreiber Comedy Hour" and "Laugh Trax". In the latter show, he was a cast member alongside and . Frank also played an on camera role of a voice actor on an episode of "".

Welker has been referred to as a "voice acting god" (by and in the DVD commentary for "") in Hollywood for the sheer number of voices he has done—over 1,200—ranging from his work on "" to the present day. His voice acting credits include television shows and films such as "", "", "" and s such as the "Baldur's Gate" series, and "". Frank's ability goes beyond creating human voices and is often cast as animals and used for animal vocals, for example the animal-spirit in the Disney 2005 re-dub of . He was described as "unbelievable" at imitating animal sounds by in a Futurama DVD commentary. Welker did more live action movies during the 1990s. Among his work includes vocal effects for the character of Sil in "Species", Goro in 1995's "Mortal Kombat", in 1986's "", and in 1997's "Spawn". Welker also provided the voice (both speaking and non-speaking) of Nibbler in the cartoon TV series "Futurama".

As of 2002, Welker is the voice of both Fred Jones and Scooby Doo. This includes the most recent "", and the series-based spinoff, "" Also, Welker starred in most of the 2000s Scooby-Doo projects as Fred Jones and Scooby-Doo. He also was Sasquatch in . Welker's talent was also recognized in "", voicing the jealous and maniacal Experiment 6-2-1.

In the 1980s, Welker voiced many recurring characters in the "Transformers" animated series. He voiced eight of the original 14 s: /, Soundwave, , , Buzzsaw, Rumble, Frenzy, Ravage, and . He also did voicework as the Autobots and . With the release of the animated film in 1986, he took on the role of the Autobot and afterwards, took over the role of Galvatron from . Having already provided the screams for Nimoy's character in ', this marked the second time he had inherited a role from Nimoy. Welker was asked to audition to reprise his original role of Megatron in the 2007 live action Transformers movie. Apparently due to conflict in schedules, Welker never met with the producers or director . Bay, however, had Welker send him a couple of recorded lines and concluded Welker's Megatron did not fit his new interpretation of the character. Although this did not occur in the film itself, Welker reunited with "Transformers" co-star in the 2007 ', with both returning to voice their signature roles. He also reprised his role in the , a bonus premium of the DVD package.

Welker also returned to two of his most famous "Transformers" roles when he portrayed Megatron and Soundwave as part of a spoof in the third season episode of "", aired shortly after the release of the live action film.