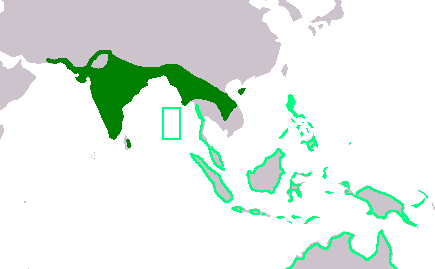 The Beach Stone-curlew, "Esacus giganteus" also known as Beach Thick-knee is a large, ground-dwelling bird occurs in and the islands of .

It is less strictly nocturnal than most s, and can sometimes be seen foraging by daylight, moving slowly and deliberately, with occasional short runs. It tends to be wary and fly off into the distance ahead of the observer, employing slow, rather stiff wingbeats.

The Beach Stone-curlew is a resident of undisturbed open beaches, exposed reefs, mangroves, and tidal sand or mudflats over a large range, including coastal eastern as far south as far eastern Victoria, the northern Australian coast and nearby islands, , , , , and the . It is uncommon over most of its range, and rare south of Cairns.

A single egg is laid just above the high tide line on the open beach, where it is vulnerable to predation and human disturbance.

The Beach Stone-curlew is classified as Near Threatened on the of Threatened Species.